Many beverages, whether they’re beer, still wine, sparkling wine or cider, have one thing in common: they owe their creation to a tiny micro-organism, called yeast. To convert sugar into alcohol and carbon dioxide, there is no substitute for yeast, a type of spore fungus that is found throughout the planet’s atmosphere. Yeast is a self-effacing entity … but its influence is very considerable.

In 2009, about 1.9 million tons of yeast were produced worldwide. The largest single category is baker’s yeast, followed by brewer’s yeast and active living yeast. In the case of brewer’s yeasts, a distinction is made between top-fermenting (Saccharomyces cerevisae) and bottom-fermenting strains (Saccharomyces carlsbergensis). Wine yeast (Saccharomyces ellipsoides) is also found under natural conditions, and is nowadays used almost exclusively as pure-cultured yeast.

Moreover, bottom-fermented brewing requires longer fermentation and storage times. Top-fermenting yeast forms bud clusters from a multitude of cells, which are then carried to the surface by carbon dioxide. Bottom-fermenting yeast, by contrast, falls to the bottom. The two types of yeast ferment with different by-products, thus producing beers with different flavours and aromas.

But yeast is also acknowledged as an important influence on the taste of the finished wine. Wine yeast is found on the skin of the grapes. When the yeast fungi come into contact with fructose in the must, they rapidly multiply, and convert the fructose into carbon dioxide (CO2) and alcohol. Usually, however, special pure-cultured yeasts are added. Typical wine yeast strains include Saccharomyces cerevisiae or Saccharomyces uvarum. For white wines, different yeasts are used from those employed for their red or rosé counterparts. The yeasts exhibit different tolerances to sugar, alcohol and temperature. There is a “port yeast”, for instance, distinctive for its high alcohol tolerance, or special cold-fermenting yeasts, which provide good fermentation even at very low temperatures. Yeast strains differ primarily in terms of their metabolic products, which means that they exert an important influence on the taste of the finished wines.

During fermentation, yeasts create not only alcohol and carbon dioxide, but also various by-products, such as glycerine or various aromatics. There are significant differences here between the various yeast strains involved. In Hefefinder, for example, everyone can find the yeast best suited to their own particular needs, against a voluminous list of criteria, like vine variety, must weight, fermentation temperature or aroma profile.

Despite everything, it would appear that yeast is a modest creature: irrespective of its immense importance for fermentation as such, but also for the taste and the character of beer and of wine, it eschews public relations almost entirely, in contrast to its raw-material counterparts like malt, hops, grapes and apples, nor is it subject to harvest-related price fluctuations and speculative dealings. Brewed with hops from Hallertau”, “Finest brewer’s malt from regional farmers”, “No other vine variety in the country produces such noble, proud and passionate wines”, “Cider from a single apple variety”, all of them preen themselves in the public’s adoration. Only yeast shuns the limelight.

It’s Federweisser time: the leaves are falling, the bubbles are rising! 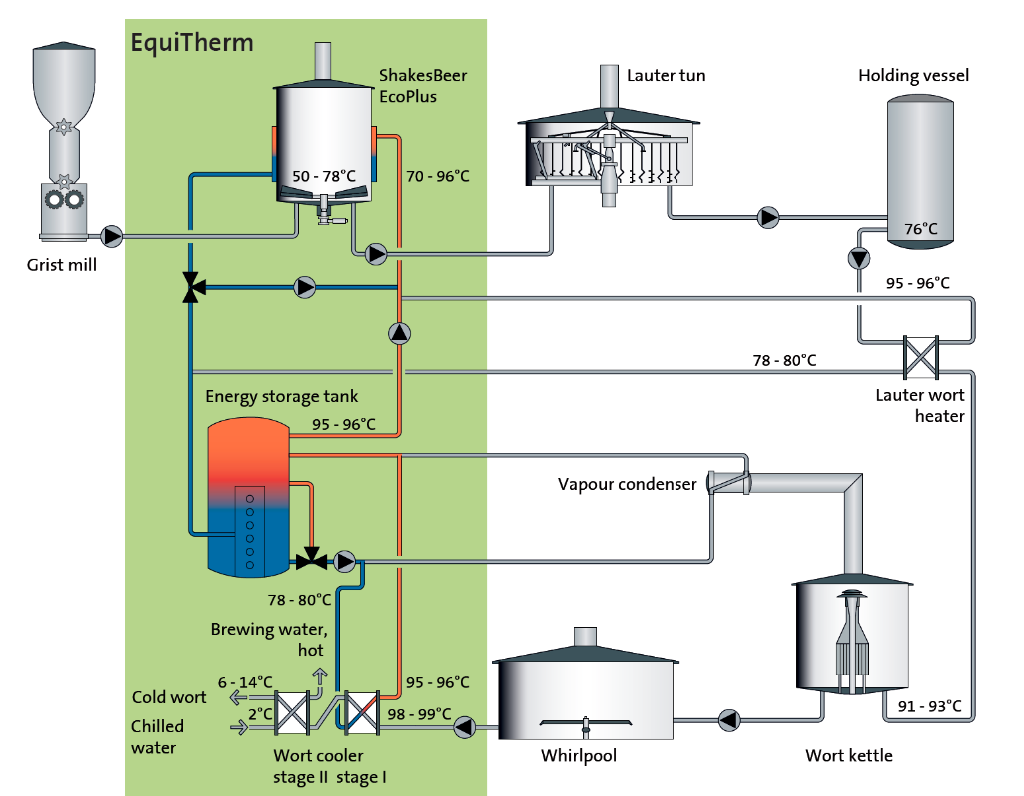