We enter the digital world

Even literally: in the Google truck at the Digital Experience Day @KRONES

One of the top subjects nowadays is certainly digitalisation. Often you even talk about digital revolution and every company lives with the fear of missing the boat. Because one knows: the companies that make wrong decisions in this environment are threatened with losses and in the worst case they lose their existence.

An example of a fatal misjudgement and the subsequent fall of a company is Kodak. Their first digital camera was developed in 1975. However, out of consideration for the existing business model, management decided not to invest in this technology. The company was unable to make up the shortfall caused by this wrong decision and had to file for bankruptcy in 2012.

The prime example of successful digitalisation and the absolute success story, on the other hand, is Netflix. Netflix is considered the world’s leading streaming service provider and its success is primarily due to the fact that the company had a digital business model right from the start – and understands the expectations and wishes of its customers.

Of course, we at Krones have also been involved in digital transformation for some time now and have asked ourselves the following questions: How do we transport existing knowledge into the company? How do we get our employees to engage in dialogue across departments and come up with new ideas? Our partner, Nagarro GmbH, offered us the perfect opportunity to put the Google Truck on our premises as part of a Digital Experience Day.

The time had come on 11th July! From 08:00 am – 05:00 pm, 260 employees had the opportunity to experience a one-hour guided tour of the truck. The tour started with a 20-minute presentation on the current status of digitalisation at Krones. Among other things, the aim was to demonstrate to the staff the difference between automation and digitalisation, and to show them the potential that exists. Then a colleague from our partner company Nagarro GmbH took over and showed the individual fields of action in digitalisation. In addition to products, services and customers, this also includes the individual employee and the various locations. In this context, a structured and holistic approach is recommended, which starts at the different design levels. Ultimately, the focus is always on added value for the customer. This formed the bridge to the three showcases presented in the Google Truck. And then it finally happened: the employees were able to get into the beautiful, colourful truck.

There were the following three stations to visit: Number 1: the AI enabled cookie factory – presented by Nagarro GmbH. Number 2: the digital add-on (ReadyKit) from Krones and its subsidiary Syskron and number 3: the Google Cloud Framework.

After the group had divided itself between the three stations, the particular showcase was presented and it was also time for questions or a small discussion. Afterwards we changed to the next station, so that we could go through all three.

At showcase number 1 – the cookie factory – the colleagues from Nagarro showed how the quality control of a product – in this case cookies- is controlled with the help of artificial intelligence (AI). The cookies run on a conveyor belt and are checked for the following characteristics in real time: shape, colour of the cookie and number of chocolate chips on the cookie. The comparison is carried out using an AI model, which is created and trained in the cloud, but is used directly on the machine – “on edge” in technical jargon. This model determines what the perfect cookie must look like. If the product does not comply with one of the specifications, it is rejected from the production line. The complete model of the production plant is also in the cloud as a “digital twin”. As a result, it is also possible, for example, to simulate the behavior of the machine at a certain load at the limit range, which would often not be possible in reality. Each machine can also be remotely monitored, analysed and controlled in real time – distance is irrelevant.

Station number 2: here our colleagues from Syskron presented their Edge-Device “ReadyKit“. Simplified, the ReadyKit is an adapter between machines and the cloud or on-premise systems that focuses on the standardised collection and processing of data from filling and packaging systems. The data that ReadyKit collects is transported to a further system where it can be further processed. One application is the visualisation in our IIoT platform Share2Act. Or the data is transferred from ReadyKit to a local system like our SitePilot for line diagnostics. These are just two examples for a variety of applications. From now on ReadyKit will be delivered with every new machine and existing machines can be retrofitted. The safety aspect has also been thoroughly tested and ReadyKit has been successfully certified.

And last but not least, Google presented itself with its cloud platform. The first product presented was Anthos, which can be used to create and manage modern hybrid applications across multiple environments. Old applications can be directly converted into containers in the Google Kubernetes Engine and thus modernised. Old and new applications can run either in a local data center, a cloud from provider A or provider B and be managed across multiple platforms from a single interface. A relocation from cloud provider A to cloud provider B is also possible without any problems. Anthos enables companies to run their applications everywhere simple, flexible and secure. Then a concrete application case of Kaeser Compressors SE was shown: “Compressed Air as a Service” as a new business model instead of selling compressors. Here, IoT data is transferred from the devices installed at the customer’s site to SAP Data Hub. SAP Data Hub is installed on the Google Kubernetes Engine and runs partly in the local data center and partly in the Google Cloud which enables unlimited scaling. This allows Kaeser to also offer predictive maintenance and analyse growth potential.

For whom the time in the booked slot was not sufficient, anyone was able to have another discussion with the experts during the lunch break in the open session. In the open session, the door to the truck was open to all interested Krones employees. We were particularly pleased that Markus Tischer – representing the Executive Board of Krones AG – found the time to inform himself in the truck.

We hope that our employees were able to enjoy the Digital Experience Day and were given new impulses. If there is a common understanding within the company regarding digitalisation strategy, then we have already overcome the first major sticking point, and ideas and approaches for future business models will certainly continue to emerge. We look forward to further dialogues. 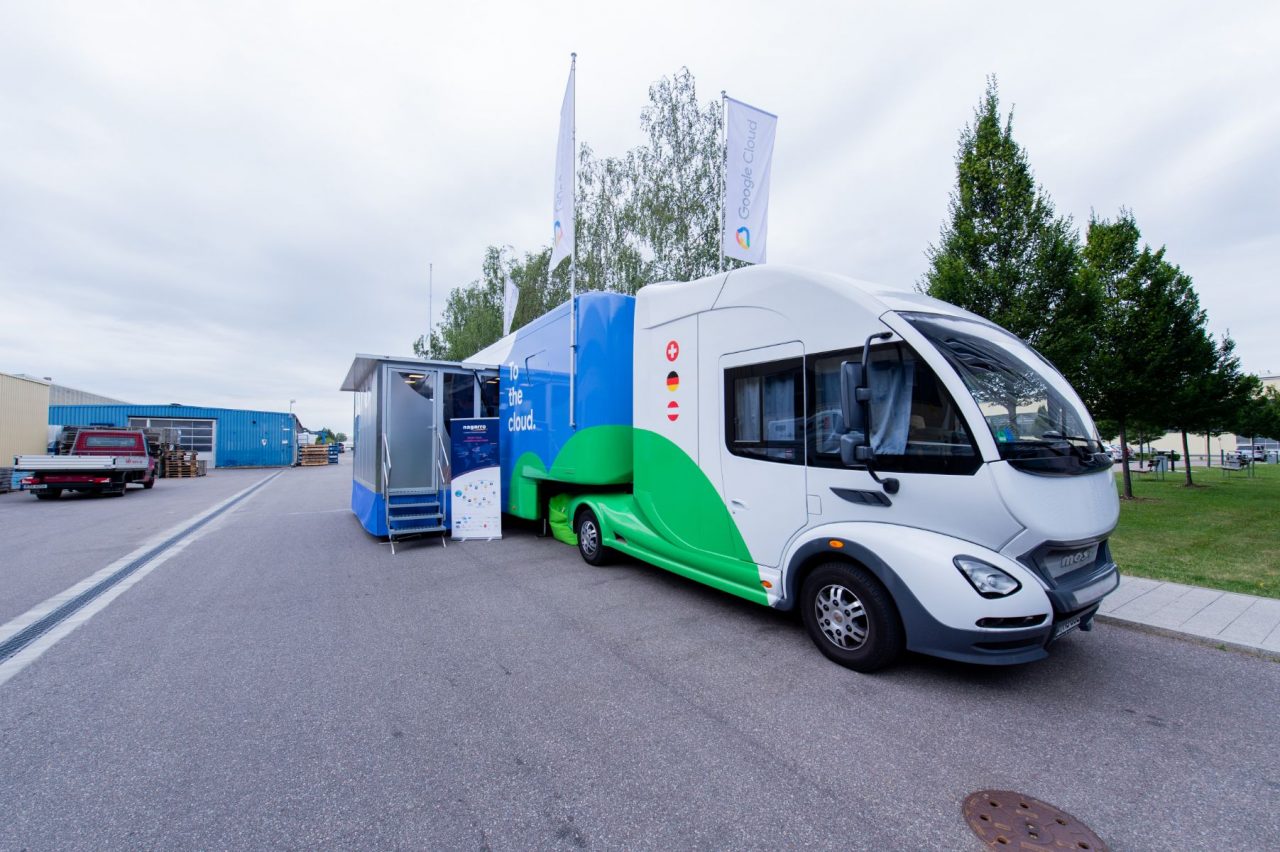 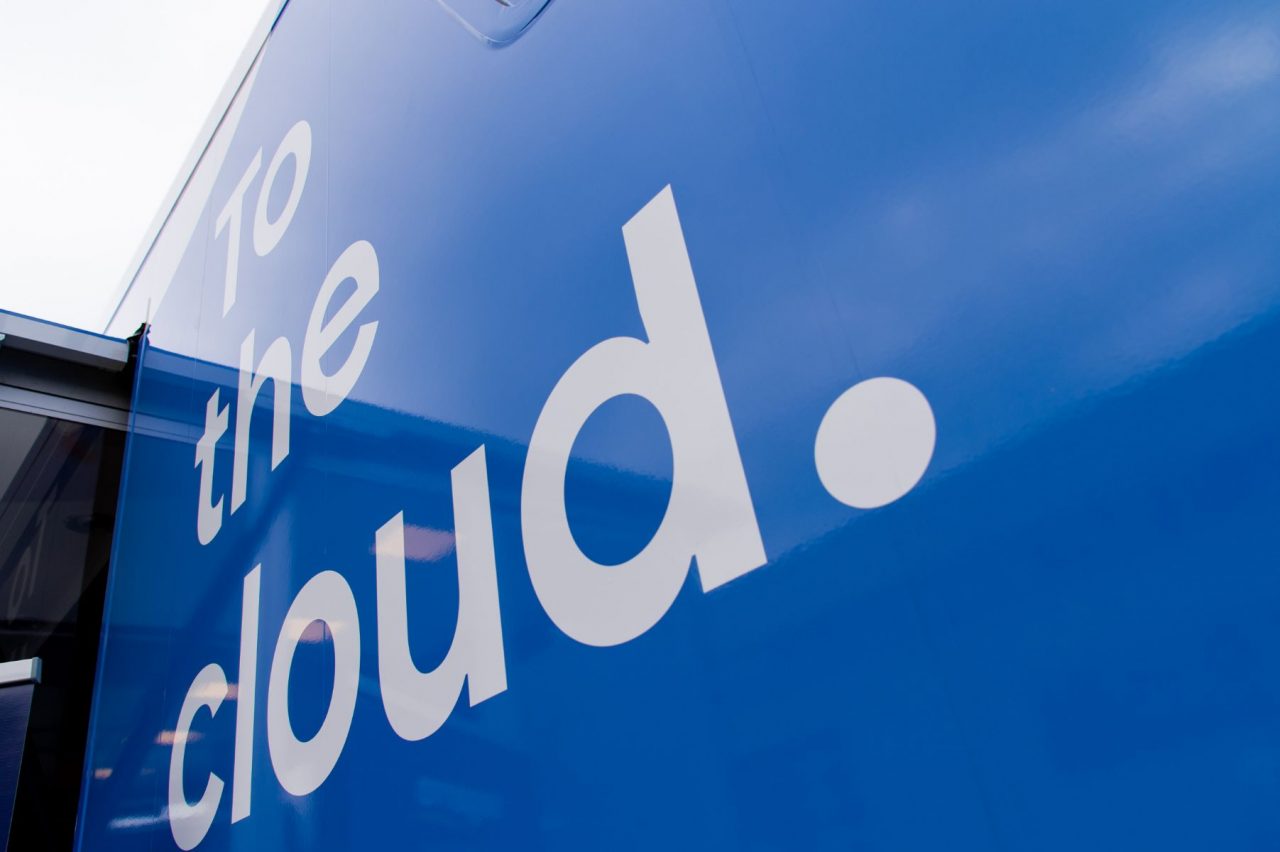 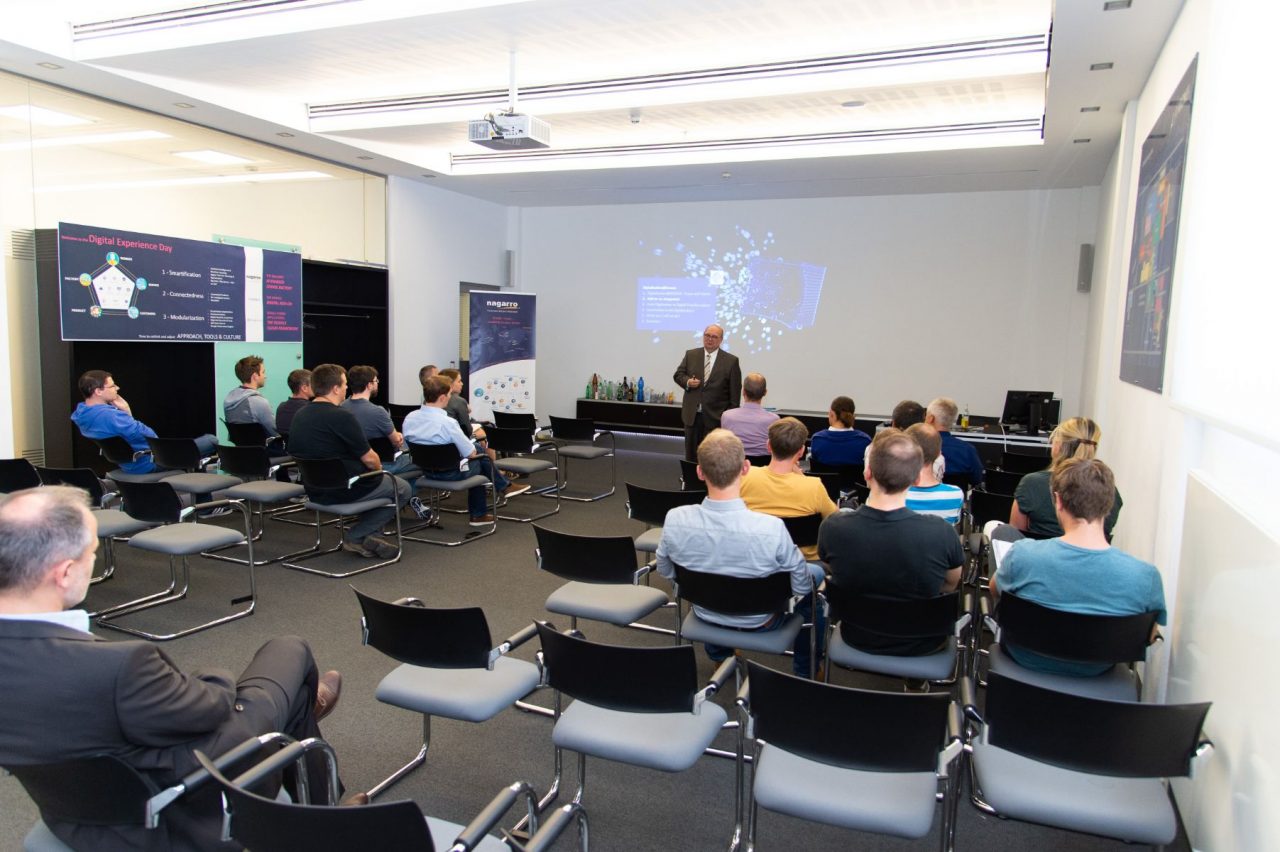 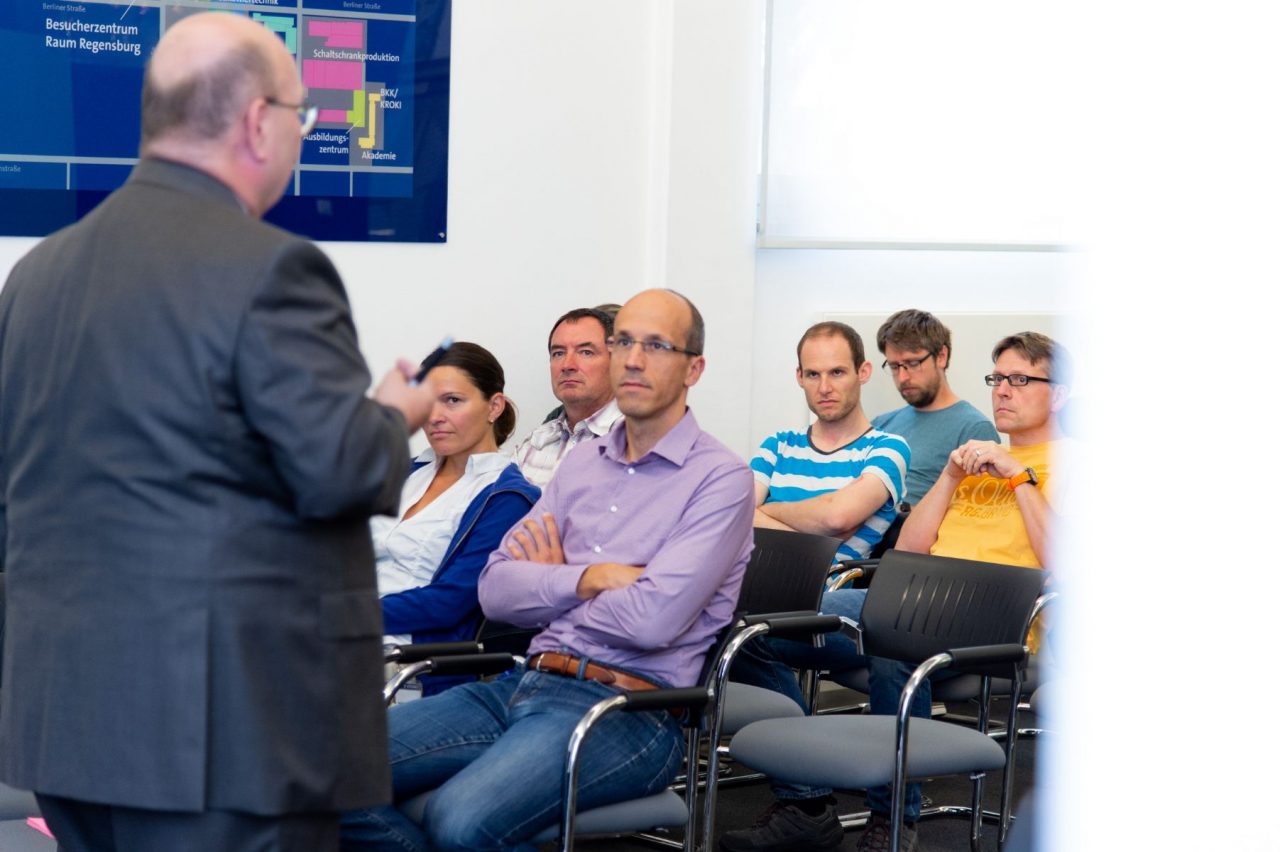 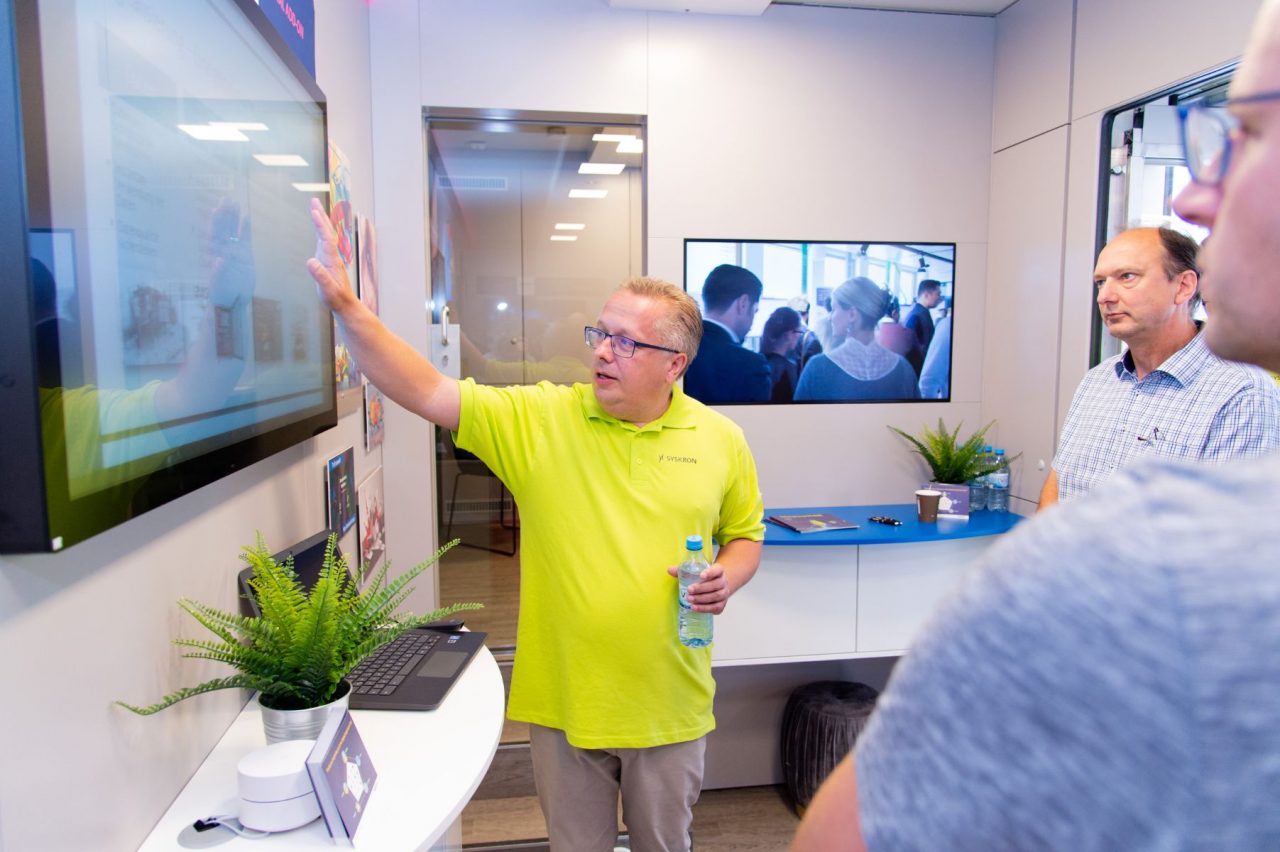 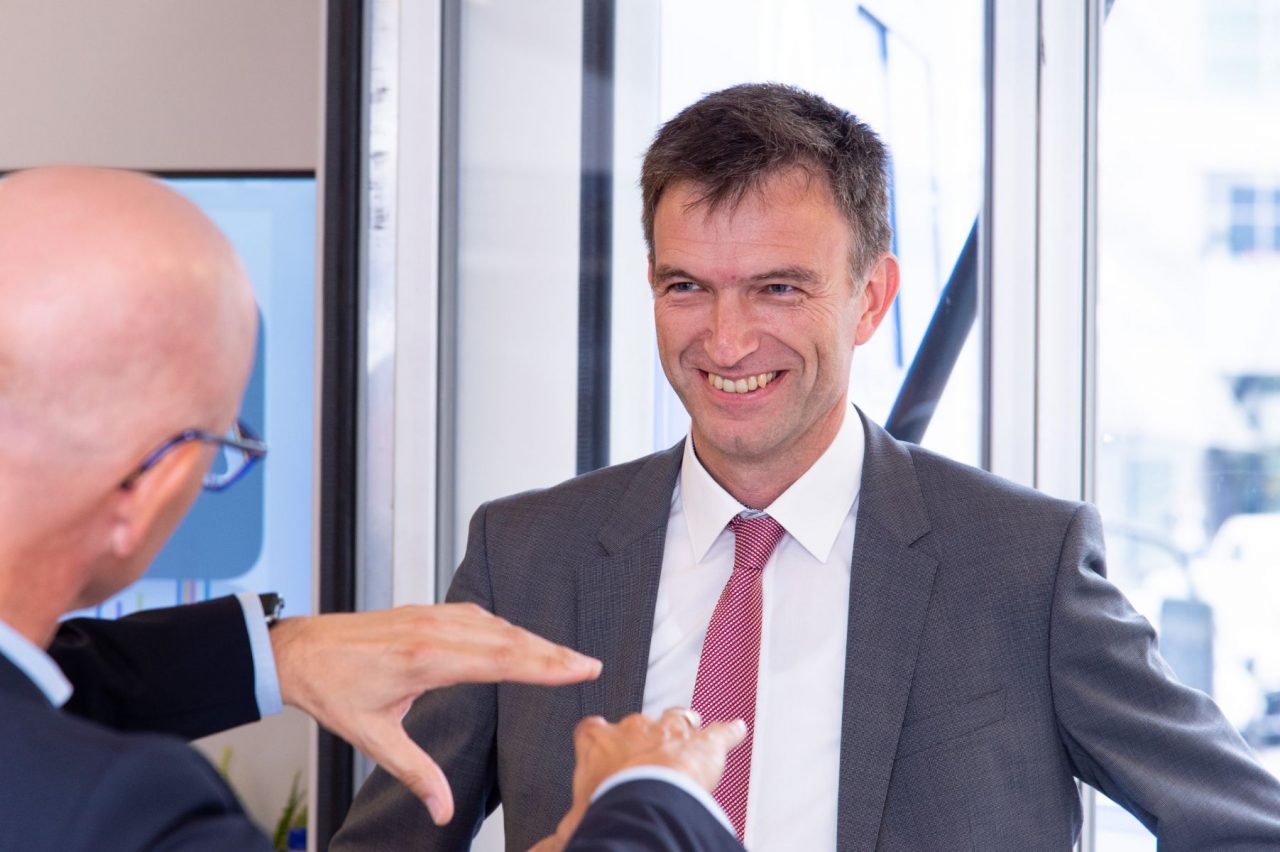 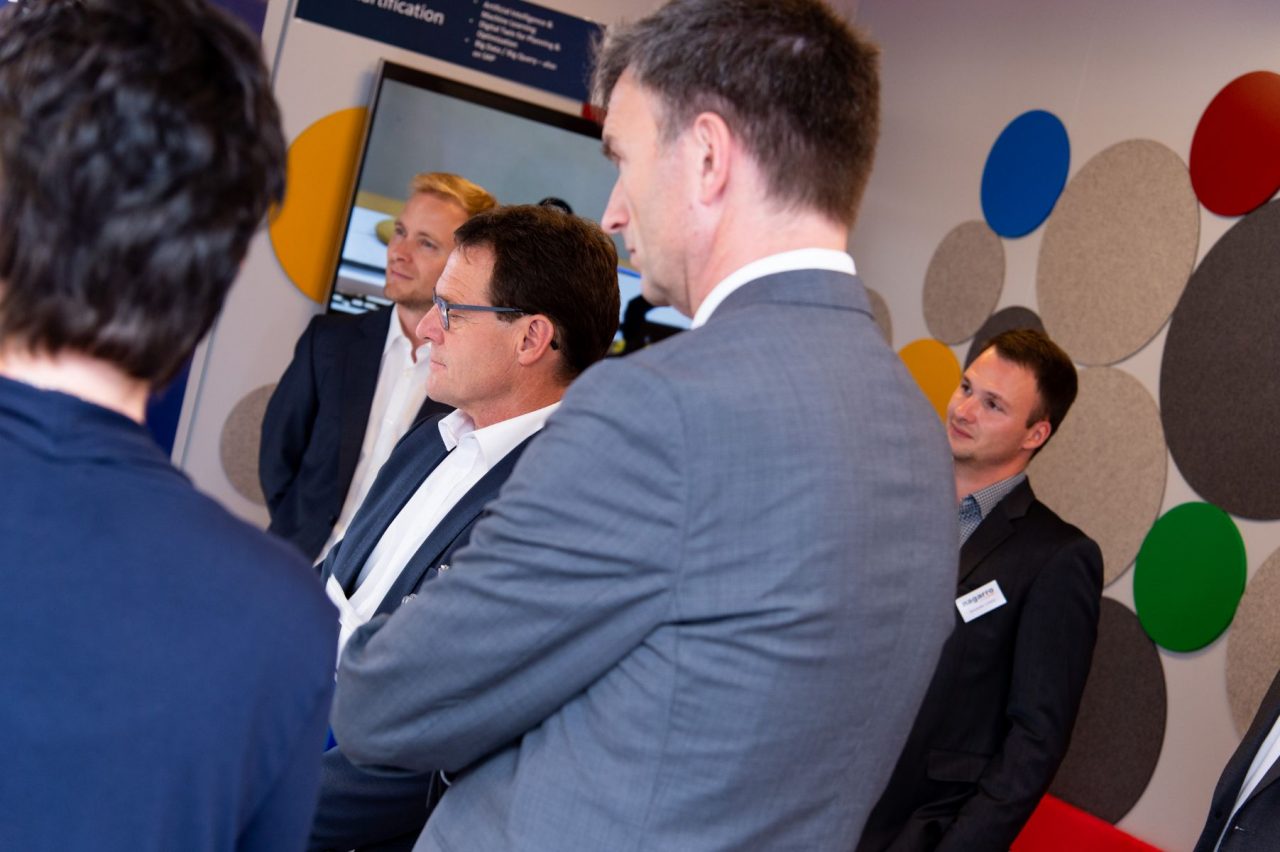 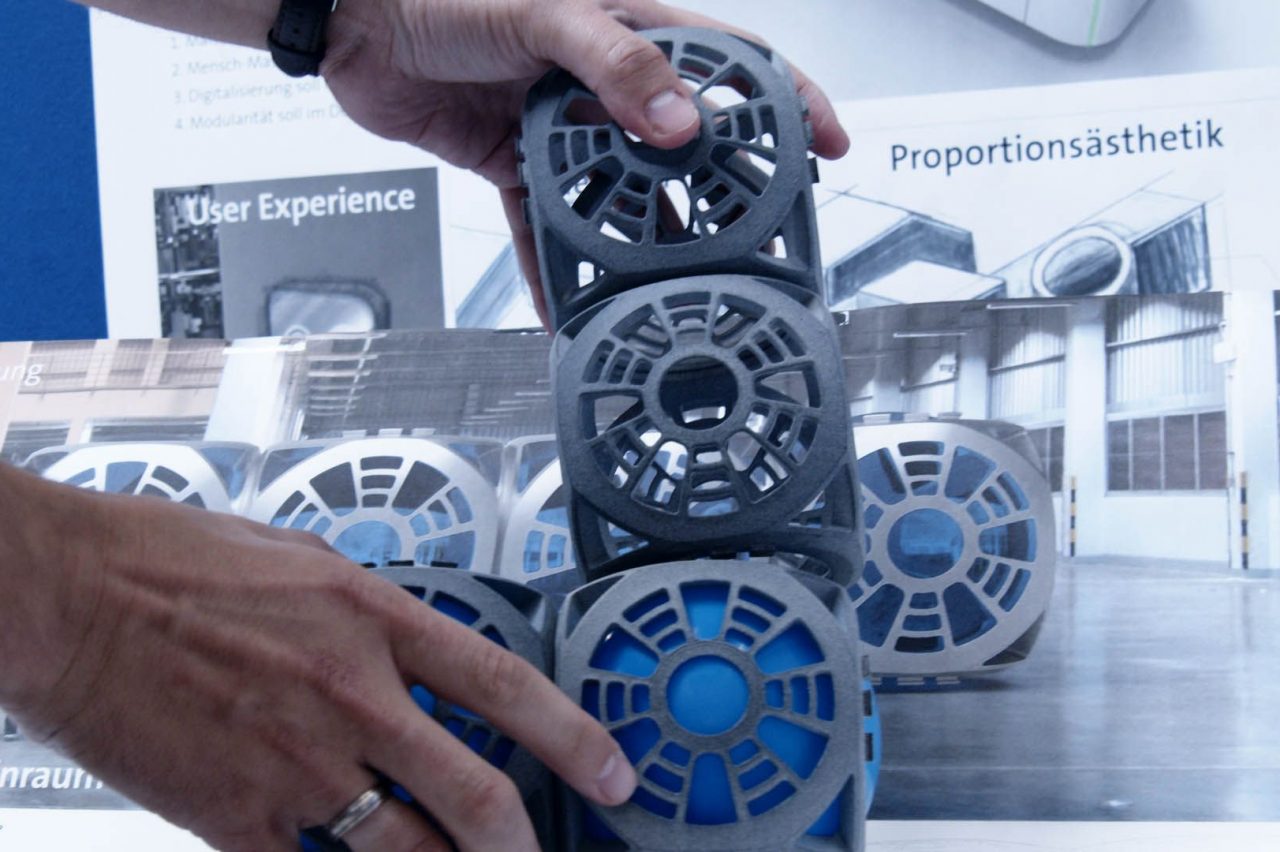 InnoDays 2019 – our solutions for tomorrow’s world