Choosing secret favourites is in most professions (quire rightly) regarded as no-no: a teacher who gives preference to particular pupils is behaving just as unprofessionally as a football manager who fields only those players whom he likes best as persons.

Similar considerations apply to my job as well. As an in-house copywriter, I describe and publicise Krones’ products. And all of them, just like schoolchildren or footballers, deserve the same level of attention. Singling out one of them as your favourite product is basically unfair. Basically, yes, but in my case aspiration and reality are often less than congruent. And so it also comes about that among Krones’ many, many machines there’s one I’ve taken to my heart. A machine that (and this, of course delights me no end) is part of the ongoing #GermanBlingBling campaign: the Viscofill piston-based dosing filler.

What fascinates me most about the Viscofill is that it’s got real character. This is already manifested in its unusual choice of job; instead of emulating its colleagues from the Modulfill department and perfecting its beverage-filling capabilities, the Viscofill preferred to go its own way. And this approach as made into a specialist for foods.

In its daily work, the Viscofill handles products like sauces, jams or baby food – ones that are highly viscous, contain large chunks, or consist of numerous particles. For this reason, it operates with pistons, which first draw in the desired quantity of product, and then pass it into the containers using gentle pressure. The machine has thus incorporated a technology that has already proved its worth in the food industry. But, of course, the Viscofill wouldn’t be my favourite machine if that were all there was to be said about it.

Instead of imply adapting a classical filling principle, the Viscofill has enriched it – as the consummate pioneer I know and love – with a whole lot of fresh ideas and technical refinements. I don’t have enough space here to enumerate all of them. Not least because the machine’s features can be matched to the particular job profile involved, and each model has its own individual strengths: the specially designed rotary valves, for example, with which fruit chunks measuring up to 40 mm land as gently in the jar as if they had been freshly picked from the tree. Or the fully automated cleaning program, which at the touch of a button removes all the product residues from the machine’s entire interior. (Anyone who’s tried to rinse a sticky honey jar can easily imagine the practical utility of this function.)

But the affection I feel for this machine also has something to do with my own very personal experiences. You see, I’ve been lucky enough to see the Viscofill twice now in actual operation, once at the Schwarzwaldmilch dairy in Freiburg, and another time at Darbo in Tyrol. And you’ll recognise the feeling: no matter how much you think you know about someone, when you go travelling, you always learn new facets of their character.

I knew beforehand, of course, that the Viscofill attaches high priority to accuracy and hygiene. But seeing with my own eyes the precision and cleanliness achieved in actual operation was nonetheless a definite surprise Even after several hours of filling jam, both the floor of the production hall and the filing valves themselves are still spotlessly clean.

Anyway, things take on a whole new dimension when you see the Viscofill in its natural habitat, so to speak. Because while with its compact dimensions it can easily be overlooked amidst all the gigantic beverage fillers at Krones’ factory, it only really blossoms when it’s’ at its place of use.

It’s precisely this thought that conjures a smile to my face when I walk through Krones’ assembly hall and espy a Viscofill from the corner of my eye. I admit: my weakness for the may be a little bit unprofessional. But I don’t care: as of now, I’m on its side!

Have I whetted your curiosity? You will find all the model variants and the technical details of the Viscofill here. 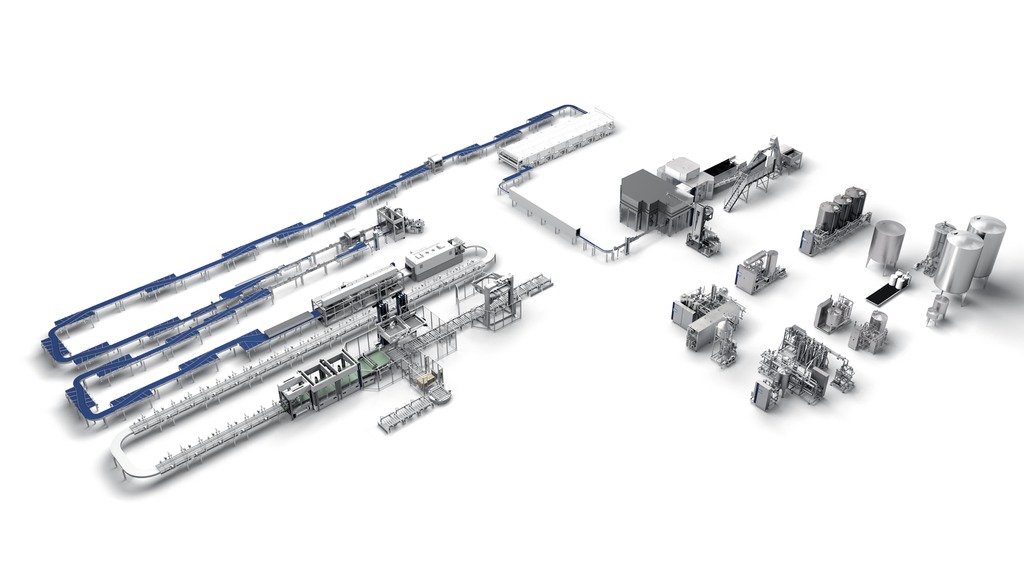