We’ve just happened upon an issue of the 3/18 magazine. And there we found loads of interesting articles: like a report on Healthy Water. And because we immediately started browsing, we want to share this rediscovery with others. Here, however, there’s space for only a brief summary; there’s more about the subject on the magazine article.

In mid-2017, Healthy Water’s new production facility started operation. Krones was responsible for large portions of the plant engineering involved, supplied new lines, and integrated new machines into existing ones. Let’s see, how it all began:

The small hamlet of Nabeghlavi in the west-Georgian region of Guria has no village centre you could recognise as such. The few houses and farmsteads are scattered over the hills, the village sign is the only indicator denoting that a settlement is actually located here. A wild stream has cut a small valley into the landscape, a valley so narrow that the architect who planned the new building for Healthy Water’s beverage factory had to opt for a multi-storey design. Surrounded by scenic beauty, the aluminium-encased block towers skywards.

The firm’s history started back in the early 1990s, when a Swiss privately invested 40,000 US-dollars. To tell the truth, he had only travelled to Georgia because he was interested in the local folk music. But the glaring poverty of the people living in this region made him want to help them on a sustainable basis. An opportunity to do so came up when in 1997, together with two Georgian families he had befriended, he was able to purchase the Nabeghlavi mineral water spring and plant, unused at that time. It was not very popular among the locals, though, which is why the plant was closed down in 1990. In 1997, the Swiss-Georgian group of investors revived the bottling operations – this time calling them JSC Healthy Water.

From the breakthrough to a new facility

The actual breakthrough then came when the first glass line from Krones was installed in 2003. Another two years later, sales had already reached 15 million fills. The market share of Healthy Water in Georgia veritably soared, from its former six to over 50 per cent, with the Nabeghlavi brand evolving into the market leader.

So as to meet the rising levels of demand, the company decided to completely refurbish its existing plant and to build a new factory right next to it. This latter was inaugurated in June 2017. Erection of the lines went well-nigh without a hitch: installation work began in late 2016, by next April production had already started, and in September of that same year 2017 all the filling lines were up and running. Nearly all of the firm’s 150 staff come from the surrounding region, and are taken to the plant each day with the company’s own buses.

Plant Manager Vakhtang Megrelishvili is from a small village in the vicinity, and has worked for Healthy Water since 2004 – i.e. almost since the first Krones line started operation. For him, the new factory is a dream and simultaneously an exciting project: “We used to work in three different buildings; planning and organisation used to be a lot more laborious. Both for organising work flows and for the technical options available, the new factory constitutes a quantum leap forward.”

How Krones overcame the challenge of installing six lines for filling – and why licensed filling of products from Rauch is important for Healthy Water, read on here.

And so that you don’t miss any articles in the future, you can subscribe here quite easily: 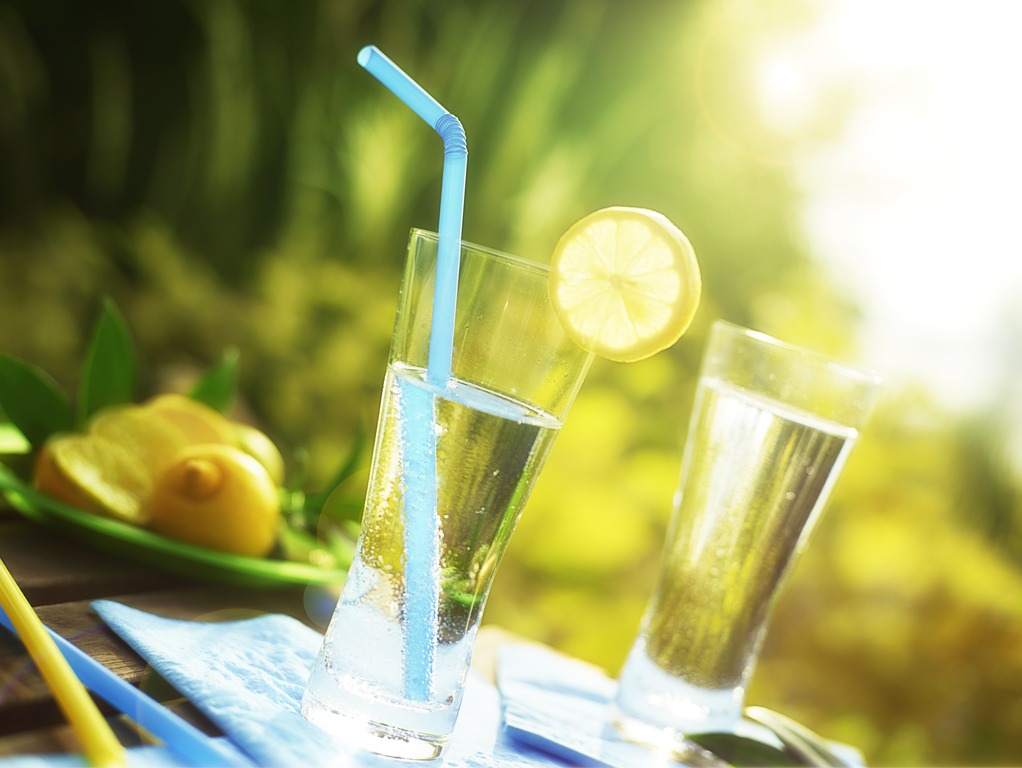