“The service is unbeatably good”

The Moselle, plus its tributaries, the Saar and the Ruwer, loop and meander through a cultivated scenic backdrop where the Celts and the Romans were growing vines more than 2,000 years ago. The sheltered valley landscape makes the region into one of Germany’s warmest climate zones. More than 5,000 vintners cultivate around 8,900 hectares of vines in 520 different vineyards. This means the Moselle is Germany’s fifth-largest wine-growing area. Half of the vines grow on slate slopes with a gradient of more than 30 per cent, though 50 and 60 per cent are not uncommon either.  In other words: lots of manual labour.

Also nestling in the spectacular riverscape of the Moselle, with its steep and steeper terraced vine-clad slopes, is the Moselland eG Winzergenossenschaft.

It started off in 1969 as an alliance of regional cooperatives, tasked with promoting the interests of the area’s wines and vintners, and marrying cherished traditions to the requisite innovations. Since then, the central bottling operation and a large proportion of the vinification have been grouped together at the production facility in Bernkastel-Kues. More than half of all the cooperative’s vineyards along the Moselle and the Nahe are planted with Riesling, which in recent years particularly has enjoyed an incredible renaissance among wine connoisseurs. With this acreage of vines, Moselland Winzergenossenschaft is nowadays one of the world’s largest Riesling producers, and so rightly claims the title of the “Riesling Experts”.

For bottling small batches and premium wines, the biggest winegrowers’ cooperative in the state of Rhineland-Palatinate, and the second-largest in all of Germany, last year asked Krones to install a complete line rated at 2,500 containers an hour. The client had a specially developed triple-channel rinser incorporated, for example, so as to dependably guarantee the quality of the bottling operation. Back in 2007, Moselland had commissioned a filler and a labeller from Krones for an 11,000-bph line used to bottle its standard range, and is very satisfied with their performance.

Moselland uses the line on approximately 200 bottling days a year, with a rising trend. “For this purpose, we need a can-do partner like Krones”, says Deputy Plant Manager Andreas Gibbert (centre). On the left Production Manager Thomas Roth, on the right Plant Manager Wine Manuel Brixus.

Moselland uses the line on approximately 200 bottling days a year, with a rising trend, and thus significantly more often than many smaller wineries, who operate lines of a similar size on only 50 to 60 days a year.  “For this purpose, we need a can-do partner like Krones, where spares are always in stock, and where new starwheels for special-shaped bottles can be quickly milled at need”, says Andreas Gibbert. “The life-cycle service from Krones is unbeatably good. In an emergency, I can ring the service hotline at midnight and the spares will be delivered at six o’clock the next morning”, emphasises Production Manager Thomas Roth. 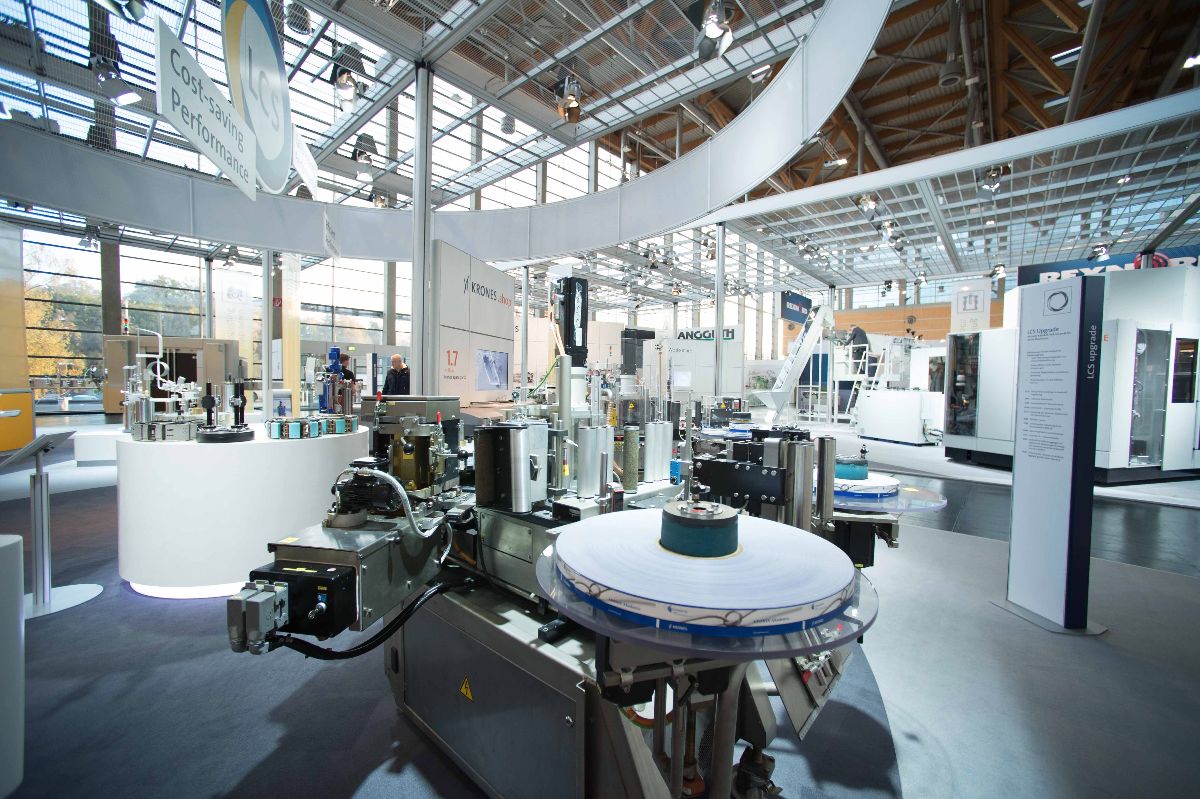