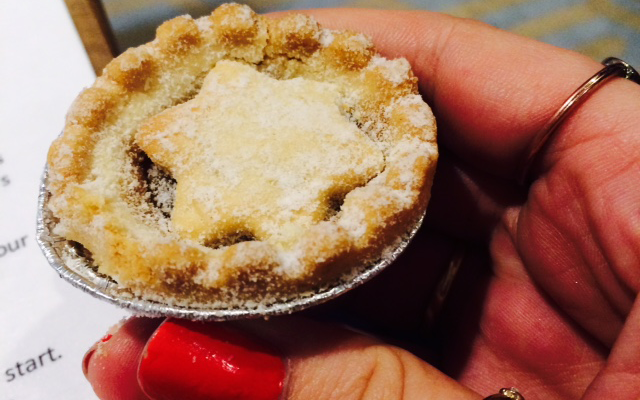 A glass of sherry and some mince pies for Father Christmas, a carrot for his reindeer. English children look after Santa Claus properly. Because it’s the custom in England to leave out some delicacies near the fireplace on Christmas Eve, so that Santa Claus can take a quick snack and feel refreshed for delivering all the presents punctually by Christmas Day. Thus mandatory preparations for Christmas also include baking mince pies – these are small delicacies filled with a fruit mixture. What a happy coincidence that one of my schoolfriends, Lilly-Sophie Gerlach, is currently working as an intern at Krones’ subsidiary in Manchester! So she was able to send me a recipe for these English delicacies. 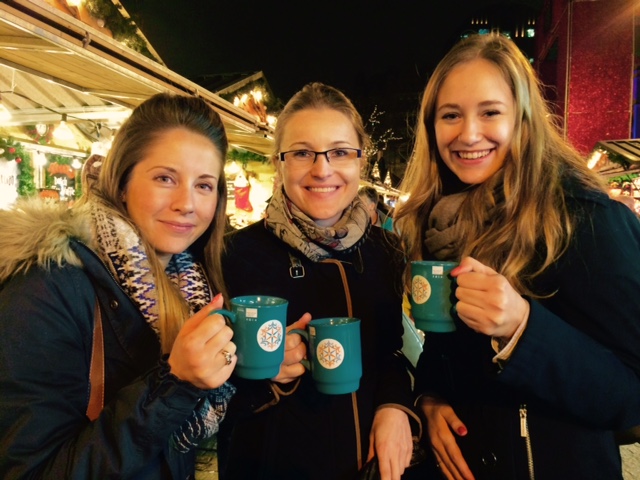 For the filling (mincemeat): 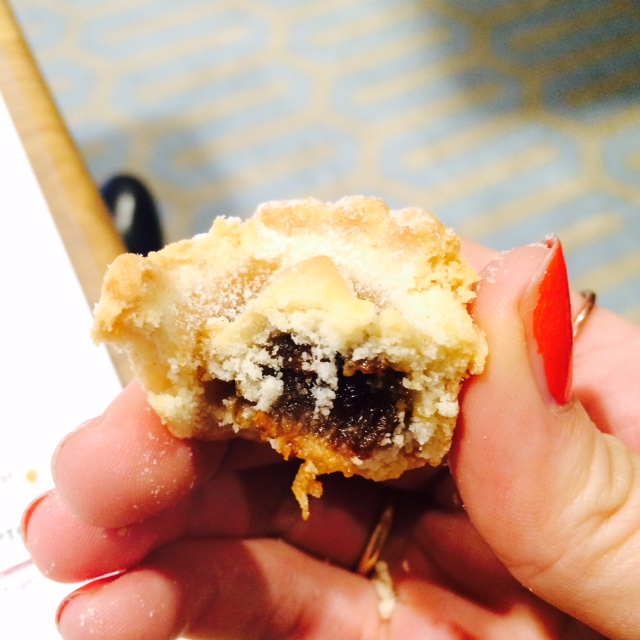 Put flour, almonds, sugar and orange peel in a bowl. Add butter in small flakes. Use a mixer to stir it all until you get a crumbly sort of dough.

Add the egg yolk and the cold water, and stir to create a smooth dough. Wrap the dough in clingfilm, and leave it in the fridge for 30 minutes. Preheat the oven to 180°C convection.

Roll the dough out thin, and cut out circles, approximately 8 cm in diameter (gives you about 20 pieces). Place the circles of dough in a greased muffin tray, and press into position with the edges extending slightly beyond the hollows. Put a tablespoonful of the filling in each pie.

Roll the remaining dough out thin again, and cut out the same number of stars as you have circles in the tray. Place the stars over the filling to form the top of the pie, and press lightly into position. Coat the stars and the edges with egg white, and dust lightly with the icing sugar.

In the preheated oven, bake the pies for about 10 to 15 minutes, until the stars on top are a crisp golden-brown. Allow the pies to cool down briefly, then carefully remove them from the tray. Dust with icing sugar before serving. 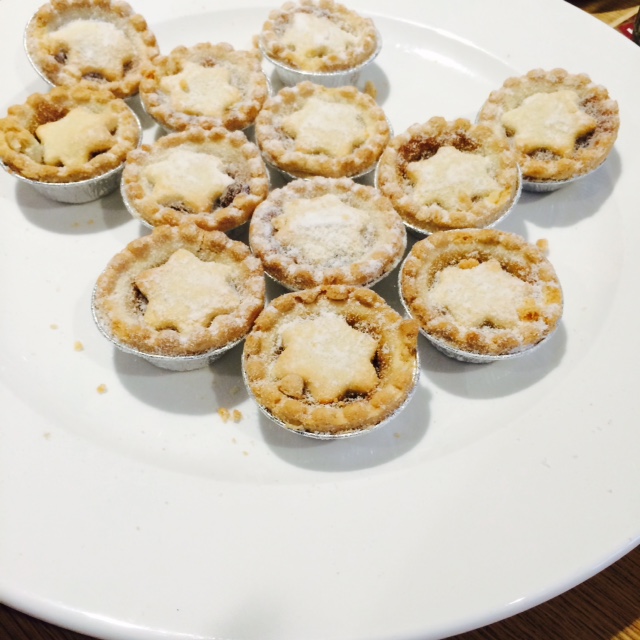 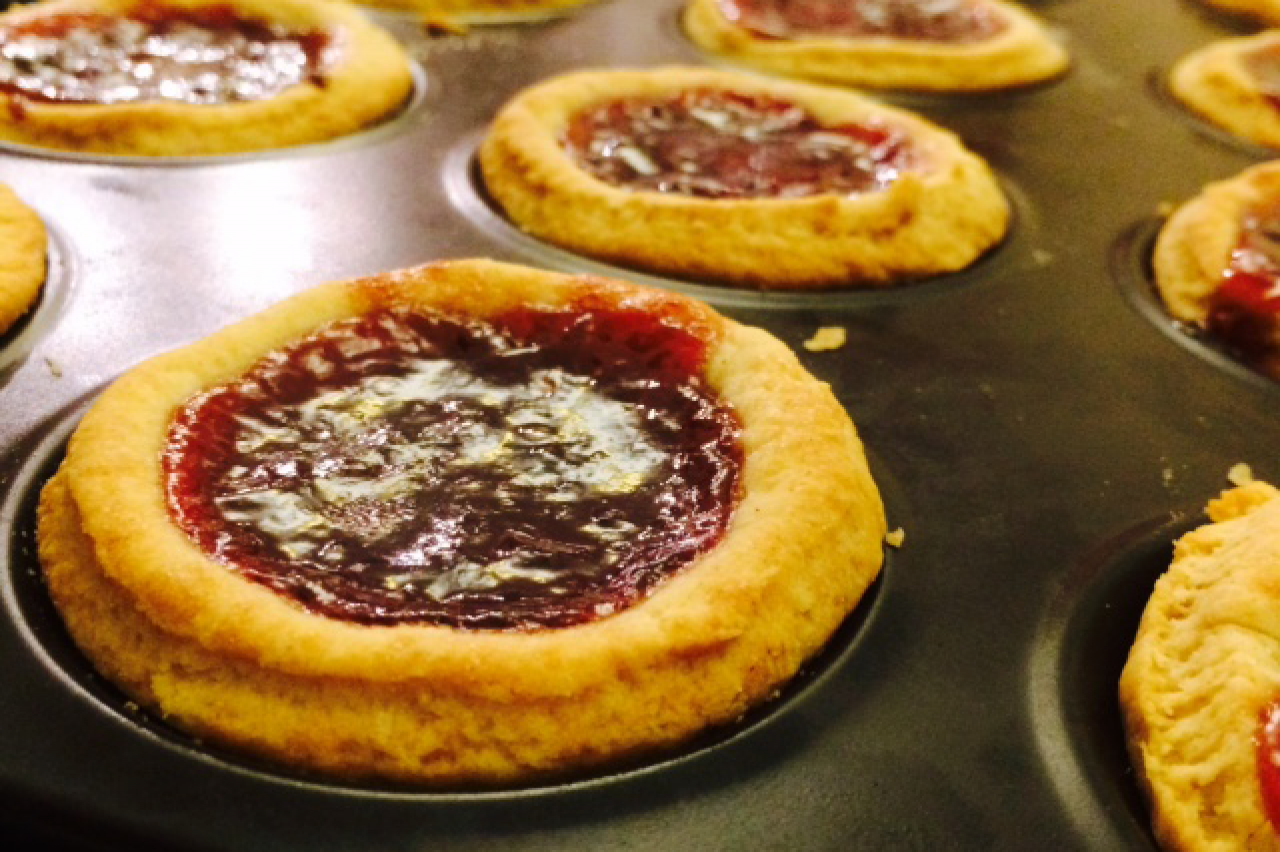 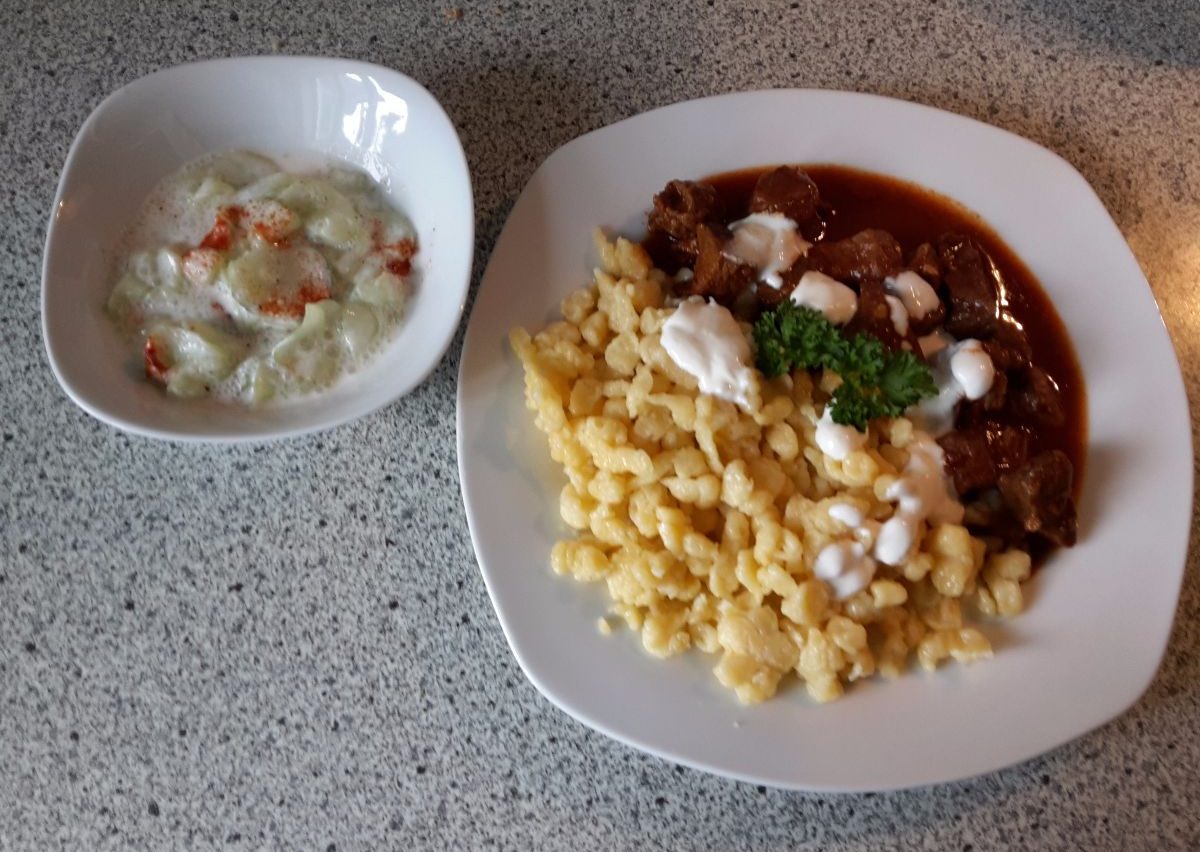 What’s in a name? – Pepper and Gulyáscreme