When a new line goes into production, it’s always a rather special occasion – at least for those directly involved. And the whole thing’s a bit more impressive (also for those not directly involved as well, probably) if it’s the Queen in person who presses the button to start the line concerned.

Which is actually what happened in Blackford, located to the north of Glasgow and Edinburgh, at the British water producer Highland Spring. At its facility in Blackford, the Scottish company bottles still and carbonated water – in very substantial quantities. Because the people at Highland Spring are confident that water consumption in the UK is going to keep on rising in the future, the company is currently investing £ 30 m in order to double its production quantities in the upcoming months.

And part of this funding was channelled into the new Krones line for still water, which went into operation last week. Besides the Queen, though, there were a few other people involved in the installation and commissioning work.

Like Anton Mills and his father Colin, for example. The two of them are field technicians at Krones UK, and together with other colleagues installed the new ErgoBloc L (and more) at Highland Spring. Colin is partly to blame for Anton’s joining Krones about five years ago. “My dad’s job always sounded interesting to me when I was younger – after all, it was ultimately the main reason why I then wanted to work for Krones myself.” 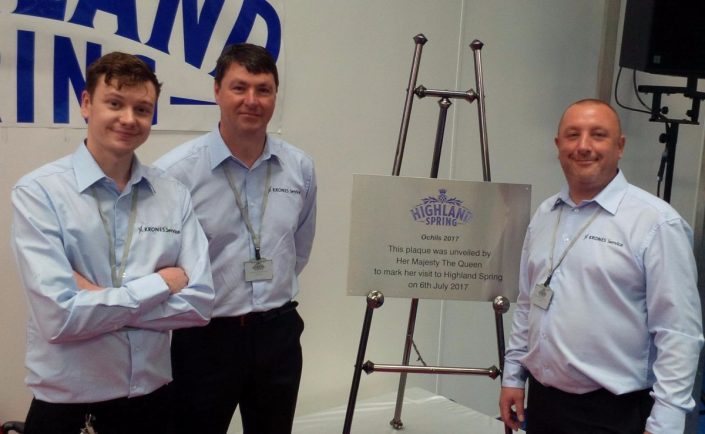 With an impressive output of more than 20 bottles a second, the new line is in terms of technology in any case a highlight. But the reason why Anton will probably never forget this assignment has more to do with the royal inauguration. “After all, it’s not every day you get to meet the Queen,” he says – and he’s indubitably right. “To see the Queen starting up the machine via the button on the touchscreen that my colleagues and I had been working with for the past few months – that was really something rather special!”

And by the way: when Anton tells you that he’s met the Queen, he means that quite literally. On behalf of the Krones team, he was presented to the Queen, and had an opportunity to talk to her – as you can see on this video:

The yardstick for upcoming assignments will now presumptively be a bit higher for both Anton and Colin. Abut even though the next line is highly unlikely to be inaugurated by the Queen, Anton is confident that things will continue to be exciting in the future as well: “In our profession, each day is different, and each job is interesting and challenging in its own way.” 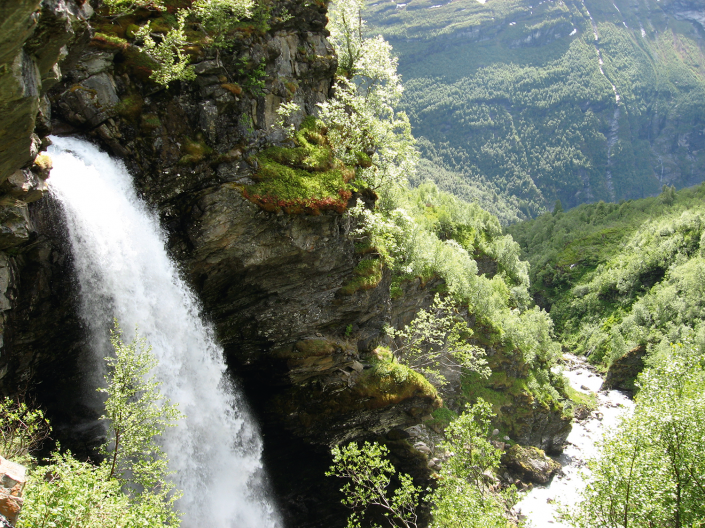 Because waters are far from being all the same