No idea? If you don’t live in or around Regensburg, then just this once you can be forgiven for this faux pas. Otherwise it is my pleasant duty to remedy this (how shall I put it?) very minor gap in your knowledge and draw your attention to an insider tip. The world’s best Bloody Mary, you see, is for all the “locals” within easy and convenient reach. Because it comes from Regensburg, and is mixed using VODROCK vodka. This latter has already pocketed three major awards: in 2015 in London, it was voted one of the world’s best vodkas at the International Wine and Spirits Competition and THE world’s best vodka at the Bloody Mary Challenge. In 2016, VODROCK was once again among the winners when at the Los Angeles Spirits Competition it secured the silver medal. 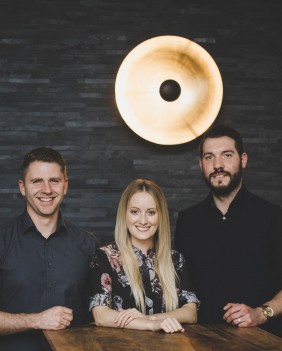 The winning vodka is the creation of Richard Söldner and his former fellow-student Hannes Heindl. Richard is at the same time the owner of the Barock Bar in Regensburg, where the VODROCK vodka is put to honourable use. In addition to Richard and his wife Anika (Co-Managing Director), the bar’s staff include another five employees, who with the upmarket bar and ultra-sophisticated cocktails have been attracting numerous visitors for what is meanwhile pretty much one year precisely. And this is no accident. The vaulted interior is in itself a definite eye-catcher. The classically simple furniture, the warm lighting, and the modern décor combine to create a pleasantly relaxing atmosphere for the guests. Then, of course, there are the treasures you find behind the counter: an impressive choice of spirits, enough to amaze the taste buds and gladden the hearts of not a few cocktail aficionados. But what would gin, vodka and co. be without the requisite dexterity for mixing them? For an unforgettable taste experience, you need an expert bartender. And in this case he’s called Sascha Mörz. 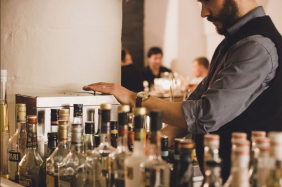 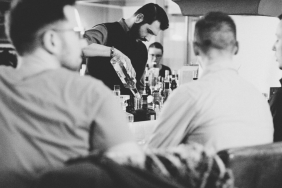 This could hardly be more apposite for the Barock Bar. Richard and his wife had always felt that Regensburg needed a classical, resolutely upmarket cocktail bar. “While you were at university, you always knew where to go – Regensburg has plentiful options for thirsty students. After that, things got a bit more difficult. You’re earning your first money, going out for a nice meal, and afterwards you want to treat yourself to a drink in an elegant bar. One that offers courteous service, where you can get to know lots of interesting spirits and wines. After a hard day’s work, you often need to wind down, but you still want to do this in company.” This is how Richard, at least, evolved his ideas of a pleasurable evening out, and accordingly he and his team have here developed a bar concept that in this particular form is refreshingly new. It’s aimed primarily at all those who in the evenings like to enjoy a convivial drink among friends in a tasteful ambience. At the same time, the bar is, so to speak, the ideal “platform” for raising public awareness of VODROCK vodka, and giving it an attractive home. 🙂

What’s most definitely attractive, too, is the bar’s cocktail menu. There’s really something for everyone here: familiar classics, in plentiful variations, the bar’s own creations, spirits distilled in-house, etc. And in some cases even refined with syrups also concocted in-house – sounds paradisiacal! From “cocktail laypersons” to the true aficionados, everyone is bound to find something to savour.

The cocktail popularity ratings were last winter headed by the White Russian. Cold-drip VODROCK over freshly ground coffee, then round it off with three different liqueurs, and finally pour a layer of cream over the back of a bar spoon – et VOILA! 🙂 “The drink then has two layers, and tastes simply divine,” says a rapturous Richard. In summer, the VODROSE is the front-runner: VODROCK, rose-flavoured soda water, topped with a slice of cucumber and rose petals. Refreshing and uncomplicated – just right for the summer!

And now and again the menu showcases some really extravagant drinks. Cocktails that consist of two separate components, for instance. In one glass is the cocktail, in the other is a flavoured foam, for example. You eat the latter with a spoon before sipping the cocktail. That changes the overall flavour and offers a very special kind of taste experience. 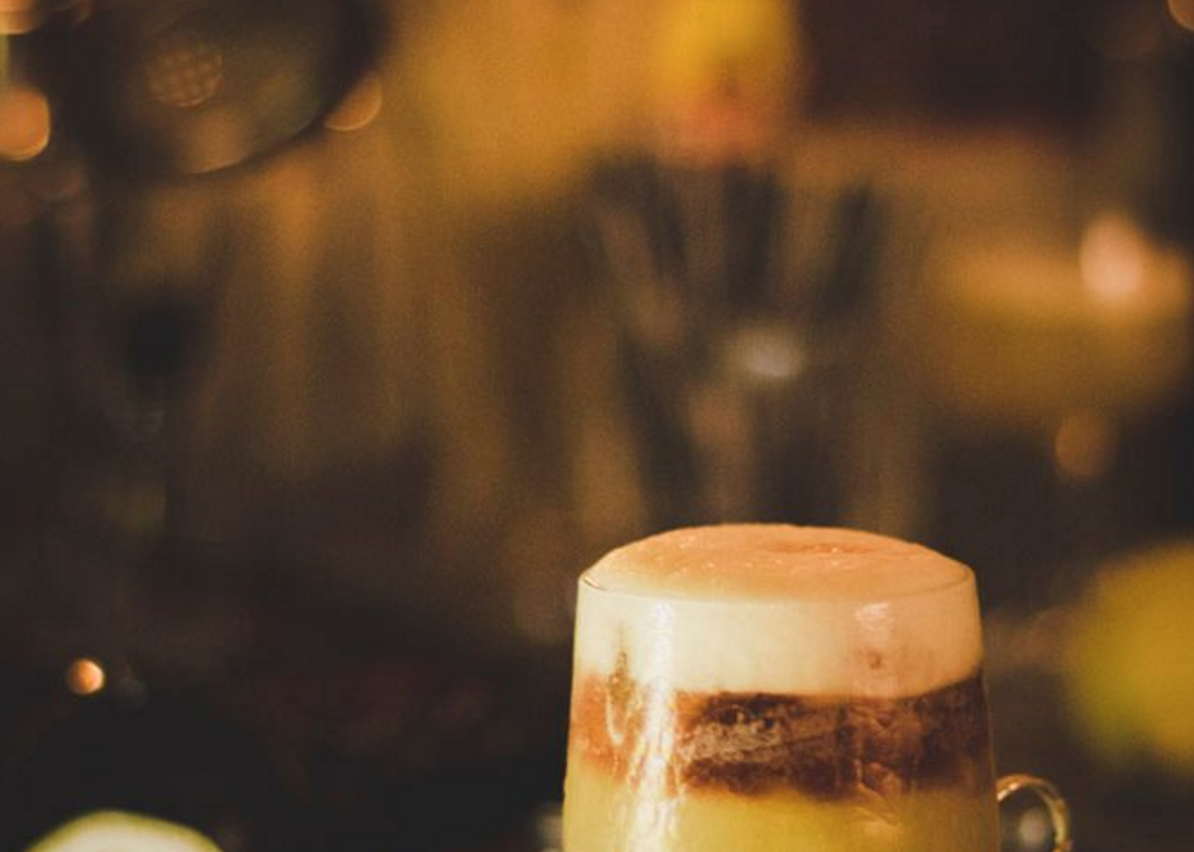 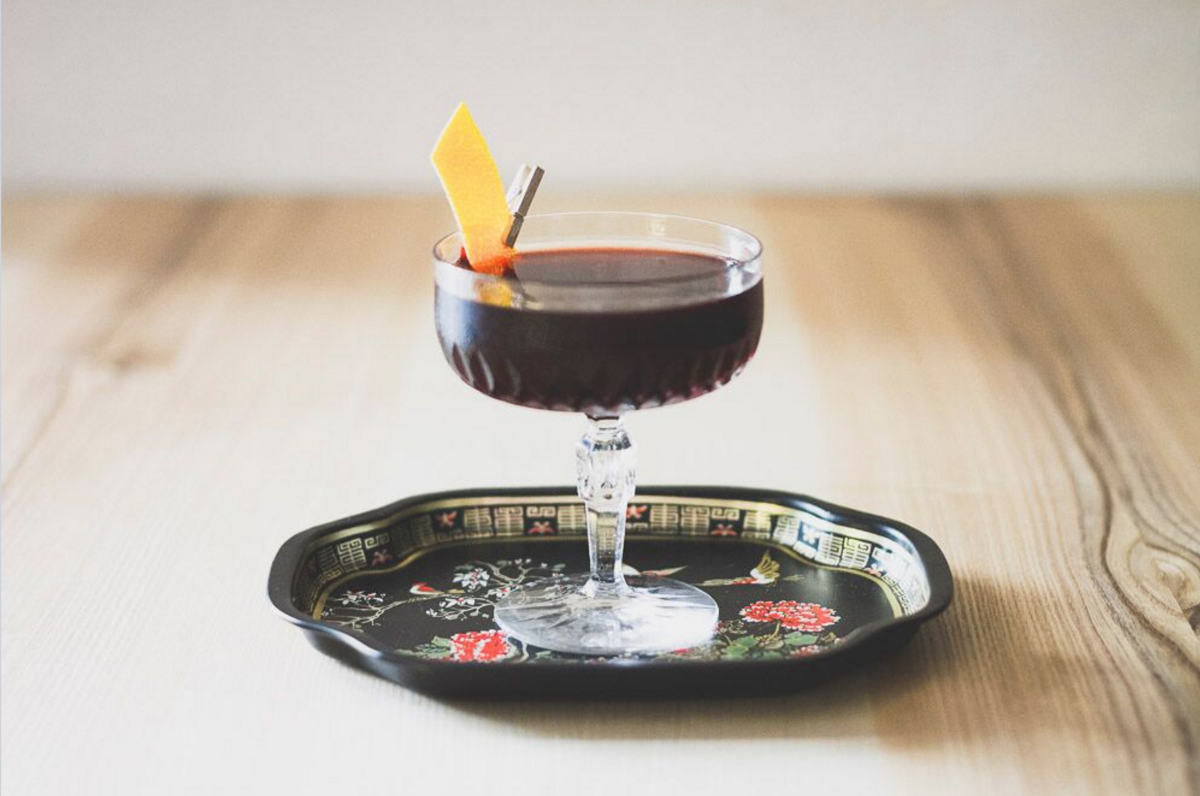 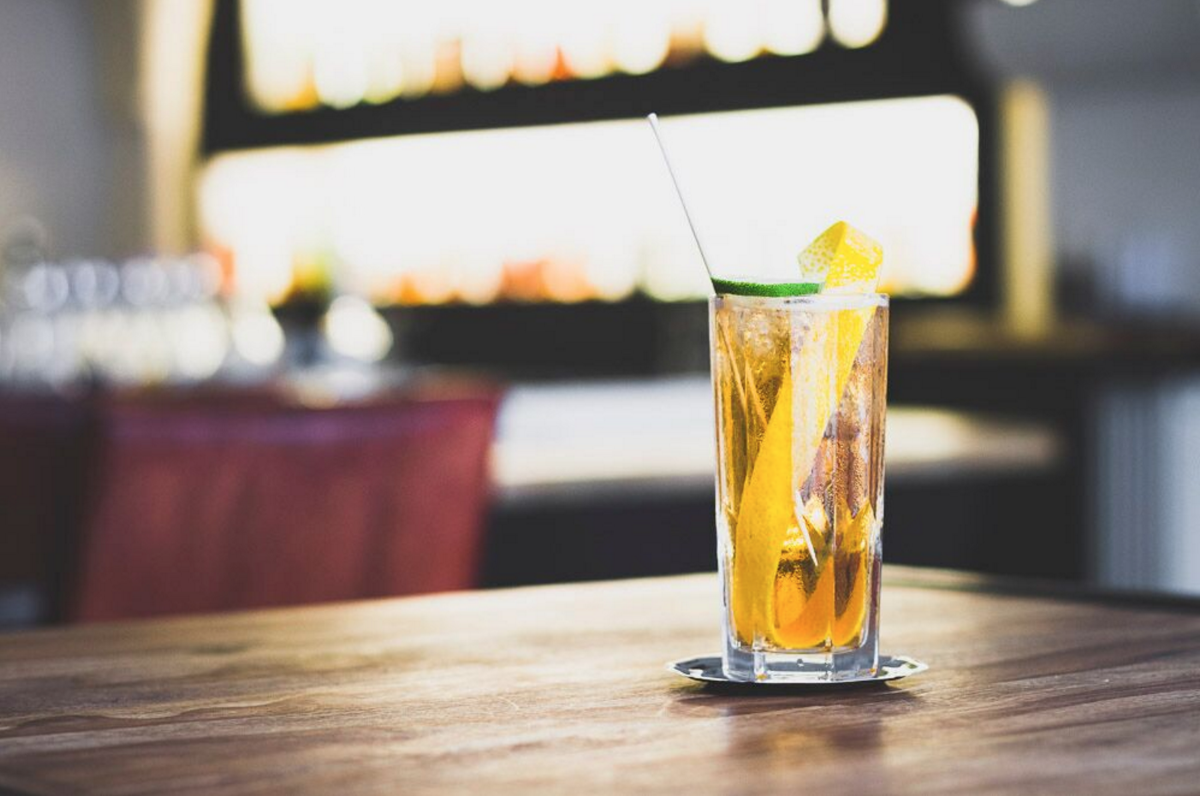 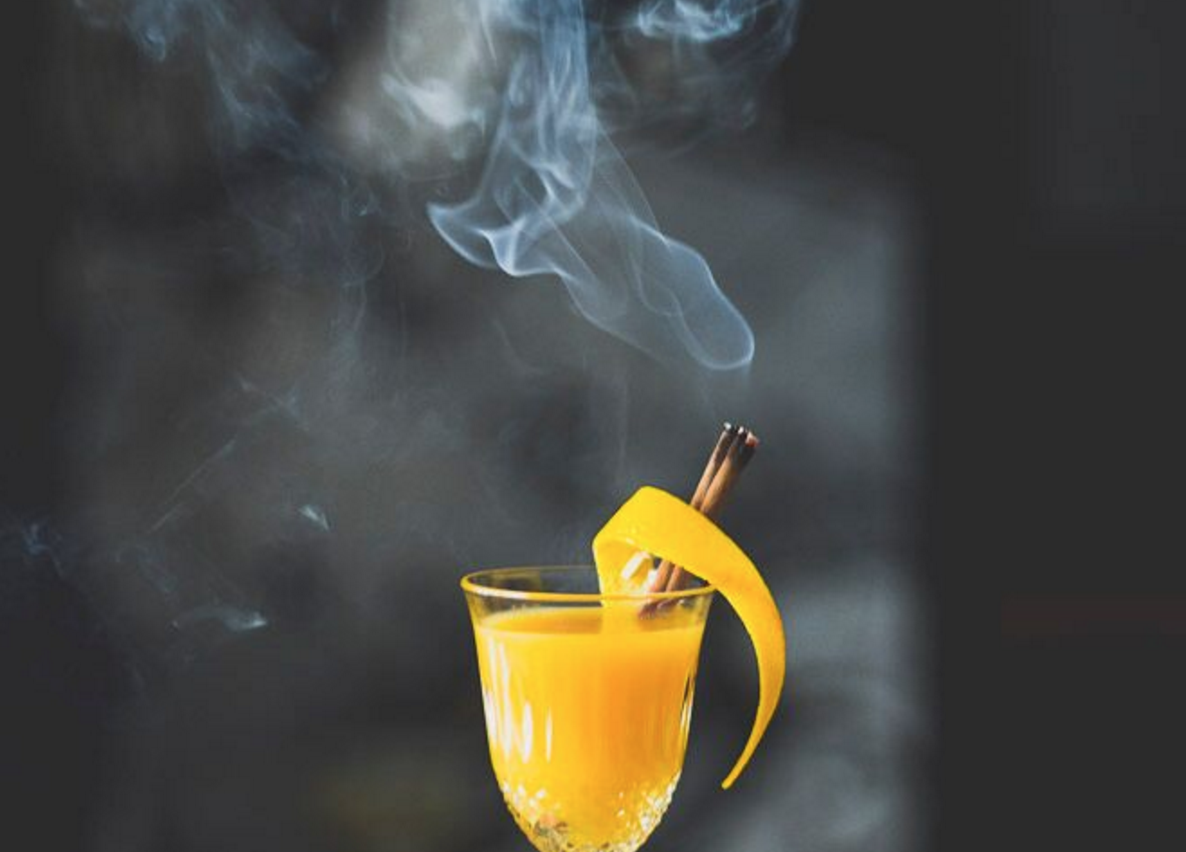 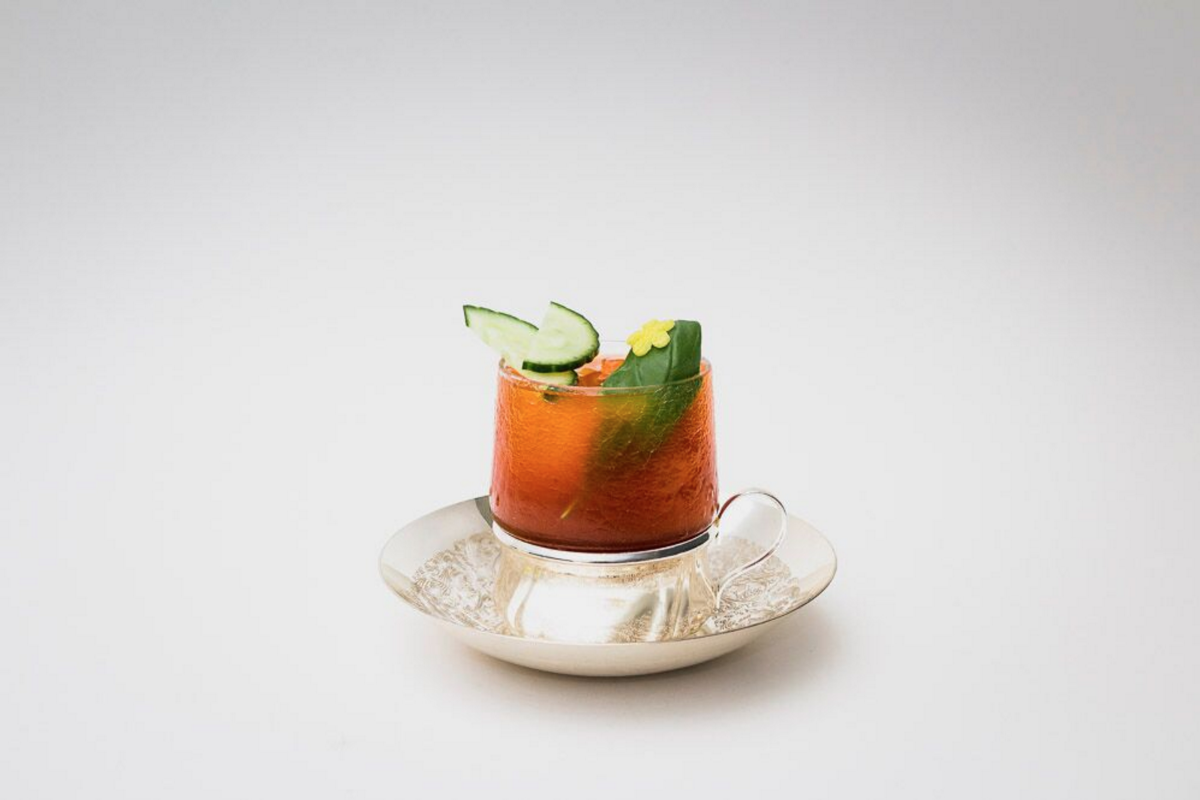 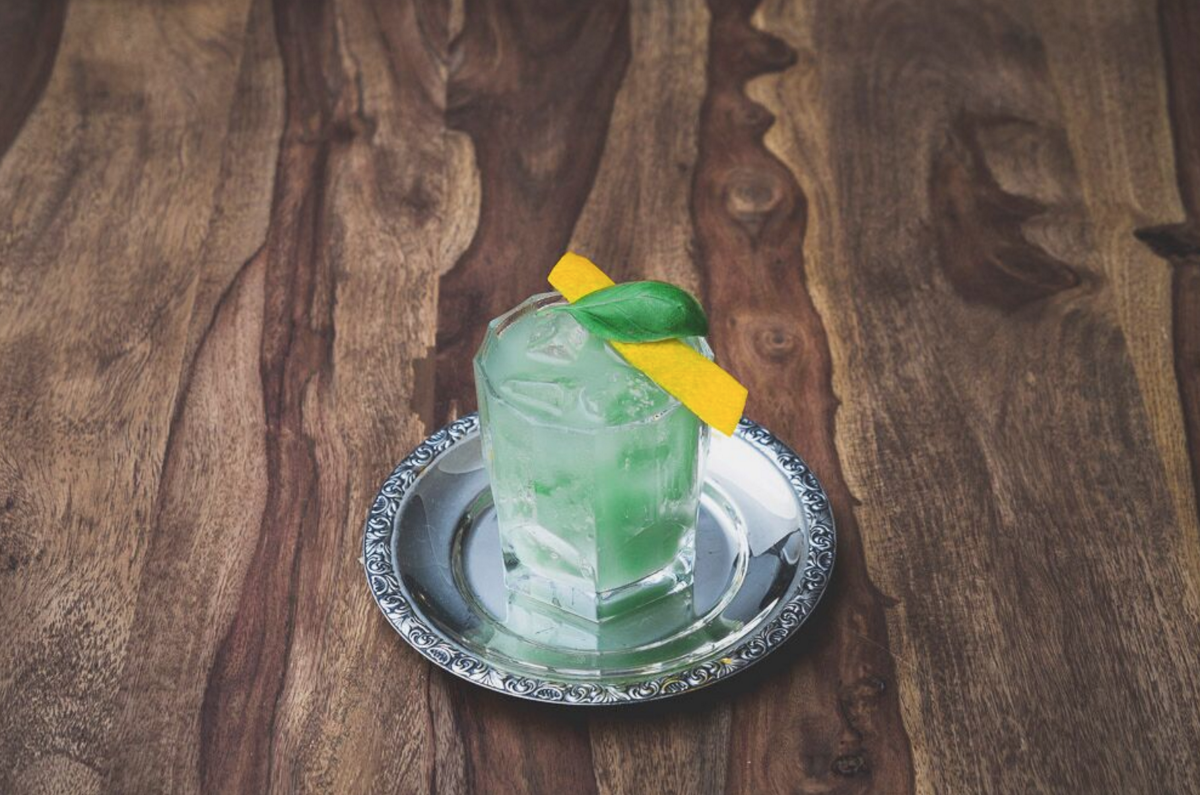 If your mouth is already watering as well, there’s only one thing to do: off you go to the Barock Bar. Then you can try out these taste experiences for yourself. Or how about a cocktail course? That’s bound to be instructive for quite a few of us. 🙂 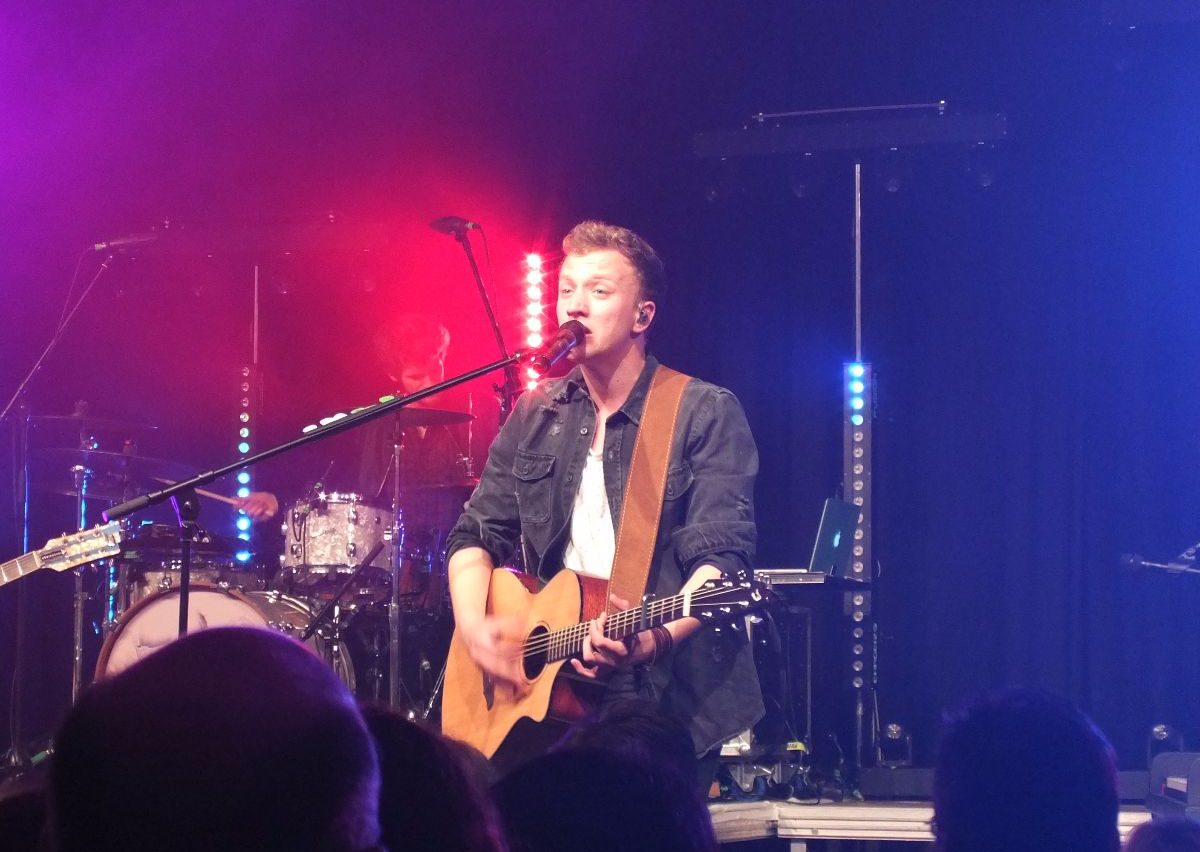