No worries at all with the Automation Concept

The alarm clock doesn’t ring, the coffee machine’s on strike, and the train’s late as well – wouldn’t it be great if everything were to work properly all the time! What sometimes irritates us in everyday life may in large companies definitely have very serious consequences. A machinery defect, let alone a production standstill, can cost a lot of money, and so of course needs to be avoided. But not all machines are as easy to operate as the coffee machine at home. So good training is vital, as is experience, specialised knowledge – and practice. If the operator has been frequently trained in how to respond to a particular error message, he/she will quickly know what to do when an actual malfunction occurs. But where can one of the production staff actually practise?

The courses held at the Krones Academy constitute the basis for training on how to operate Krones’ machines, and for communicating the crucial knowledge required. But it’s meanwhile been realised that on their own they have not been as effective as we could have wished: daily input over a period of two to three weeks quickly becomes overkill, and doesn’t necessarily mean that all the new things they’ve learned will become routine for the course participant concerned. So what was required in order to render training courses even more attractive and sustainable?

From a fleeting thought to a viable idea

The first step involved in simplifying the learning process was to develop the Automation Notebook. The client now no longer has to laboriously install programs for error diagnostics in machines him/herself, but is supplied with everything ready for use. One possible source of error has thus already been eliminated. But what if it’s not yet clear how the programs are to be operated correctly? Or an innovation makes previously familiar elements suddenly look new and mysterious? Where is the technician supposed to learn and practice? The academy’s solution for all this is as simple as it’s ingenious: a machine in scaled-down size. It was from this idea that the Automation Racks were born: for each technology installed in a machine, there is a separate rack, which images on a small scale the technology featured in the full-size machines.

What are the benefits? 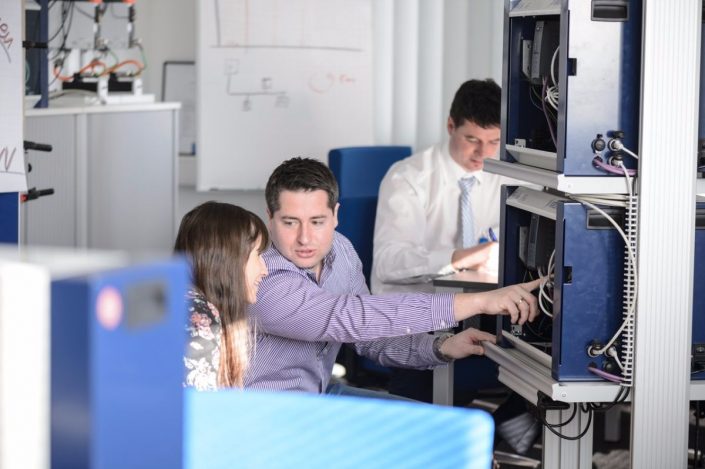 The racks are used not only in the training courses held at the academy itself, but can also be purchased by clients. The declared aim is “to create for the client a learning environment that’s viable on his own premises as well,” says Markus Wilhelm, who heads the academy’s Automation Department. So far, you see, top equipment has been available only at the academy in Neutraubling and in the subsidiaries, e.g. in the USA at Krones Inc. But if the client purchases racks himself, certain types of training can be conducted directly on his own premises. The next step here is to combine different racks, so that ultimately, for instance, all technological components of a complete filler can be imaged.

Depending on the combination of the racks purchased in a particular case, different courses are possible – and several production and maintenance staff from different specialisms can be trained simultaneously. So the racks have advantages for everyone involved:

As soon as the client has invested in racks, he will be saving time and costs in the long term. In particular, they will help to reduce travel and accommodation costs.

The academy’s trainers can be deployed more flexibly, and can provide training wherever the client himself has racks on the spot. So he in his turn benefits as well.

The training standards are harmonised thanks to this Krones equipment –worldwide is the keyword here. What’s more, the practice is to already have racks in place while the fitters are being trained in the Lifecycle Service Centers, so that standards can be set there together with the service personnel.

Like a real Krones machine, each rack possesses a hardware plan, a machine description and a device listing. The paramount feature here is totally faithful imaging of the everyday machine conditions, so that the participants can directly utilise what they have learned. The combination of Automation Notebook, training and equipment thus offers a perfect all-round package for training both production and maintenance staff. 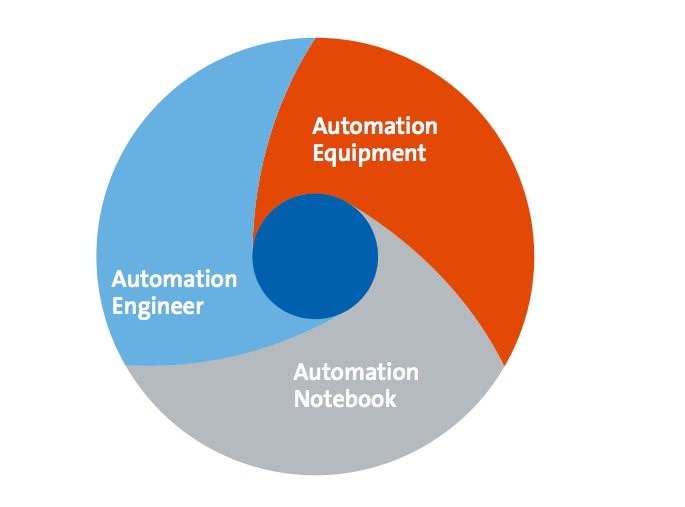 Who develops the racks?

These small boxes incorporate far more development work than you might suppose at first glance. For years, design engineers have been expending a lot of ingenuity on linking the racks together. This is because a control module rack is required to also recognise an operator panel rack as such – as is the case with the full-size machines as well.

For this purpose, however, a compressed version of the software has to be created, whose parameters and settings will ideally coincide precisely with those of the full-size machine. This in its turn requires exceptional expertise, where in particular the Research and Development Department makes a magnificent contribution. It’s also supporting two student interns who are working on the software Verena Seebauer and Florian Präger. What Verena particularly appreciates is that you see the functional capabilities of a software package immediately: either it works or it doesn’t. Florian enjoys gaining comprehensive insights into all the areas covered by Krones’ programming work. Both of them regard this diversity as a highlight of working in the Krones Academy.

How is a rack created ?

The video shows how a B&R Rack (SDC) is assembled. The technology involved here is the control system for Krones machines, installed in every block machine for controlling synchronisation of the machines concerned.

After the individual hardware components have been assembled in the academy, the “soul-less” rack is passed to internal colleagues, who bring it to life by installing the previously developed software. The racks are manufactured to stringent safety standards, and before being used are tested and approved for various safety certificates. Besides measuring the insulation, they are awarded the CE mark of conformity, which assures compliance with the European guidelines for electronic equipment. There is no high voltage; important constituents are partitioned off with the appropriate protective features, so that staff can practice on the racks with no risks or misgivings.

What does the added value of the racks consist of?

All these individual steps, characteristics and constituents are quality features, and reflect the high value of the racks. The costs are incurred not only by the parts used, but more particularly by their interaction. The relevant software first has to be written and then modified down to the tiniest detail. Configuring the interaction properly constitutes a major challenge and means a lot of work, which is not always obvious at first glance.

Nor, as is often erroneously assumed, do racks constitute a kind of spare parts box; they’re devices with genuine added value for the client. Following a one-off purchase, the client reaps enormous benefits in the long term, even if this shows up only in small steps, explains Markus Wilhelm: “If the client’s technician or electrician becomes just a little bit faster at trouble-shooting, then a 10-minute reduction in machine downtime will certainly pay for a training course and a rack.” After all, even as a layperson you can still have a rough idea of how much money can be lost during a ten-minute standstill in a line running at 60,000 containers per hour.

Have we got you interested? You’ll find further information on the website: the Automation Concept brochure is continually updated, and in the overview shows all the racks with their utilisation options. If you have any further questions, or would like a quotation, please feel free to get in touch with the following contact persons: Markus Wilhelm and Claudia Bruckbauer. 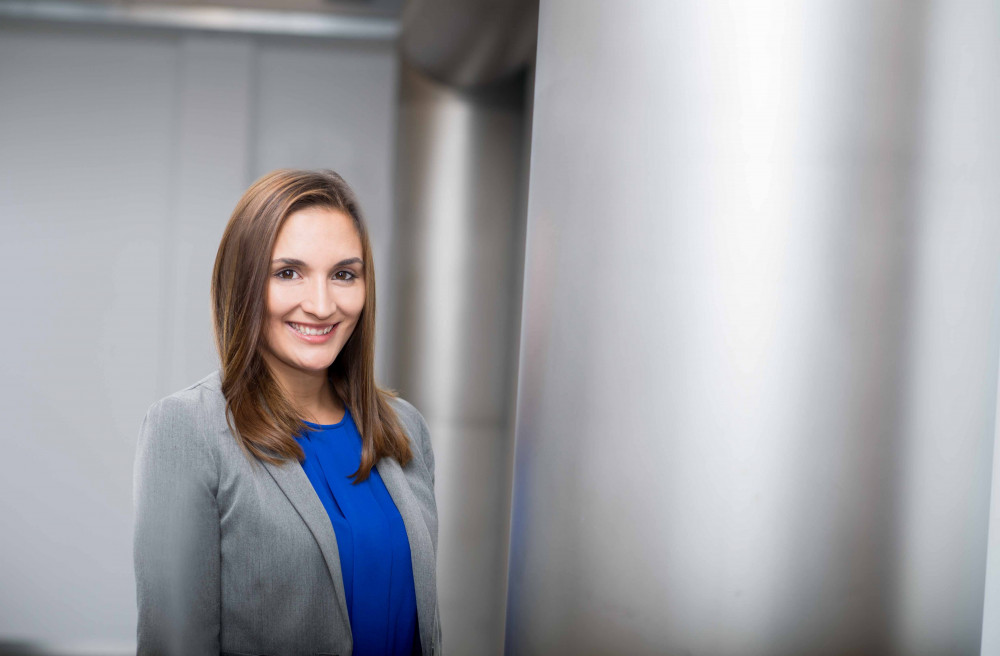 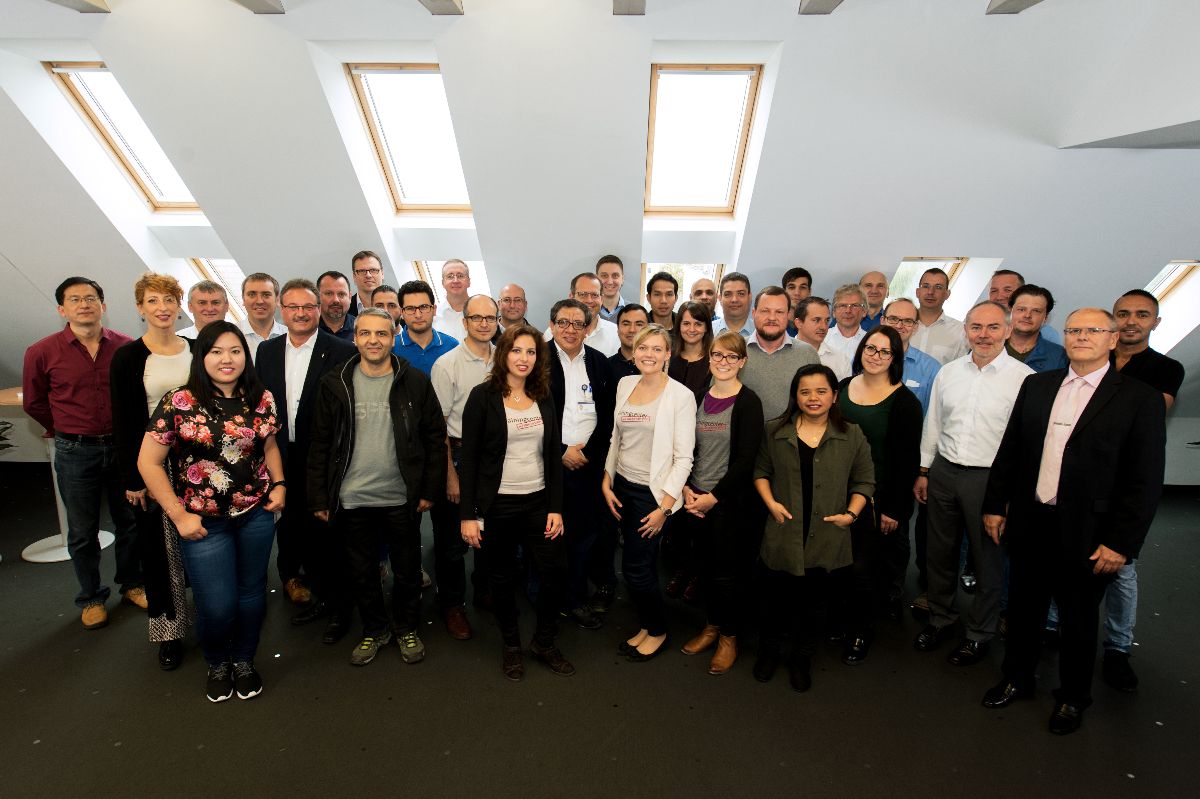 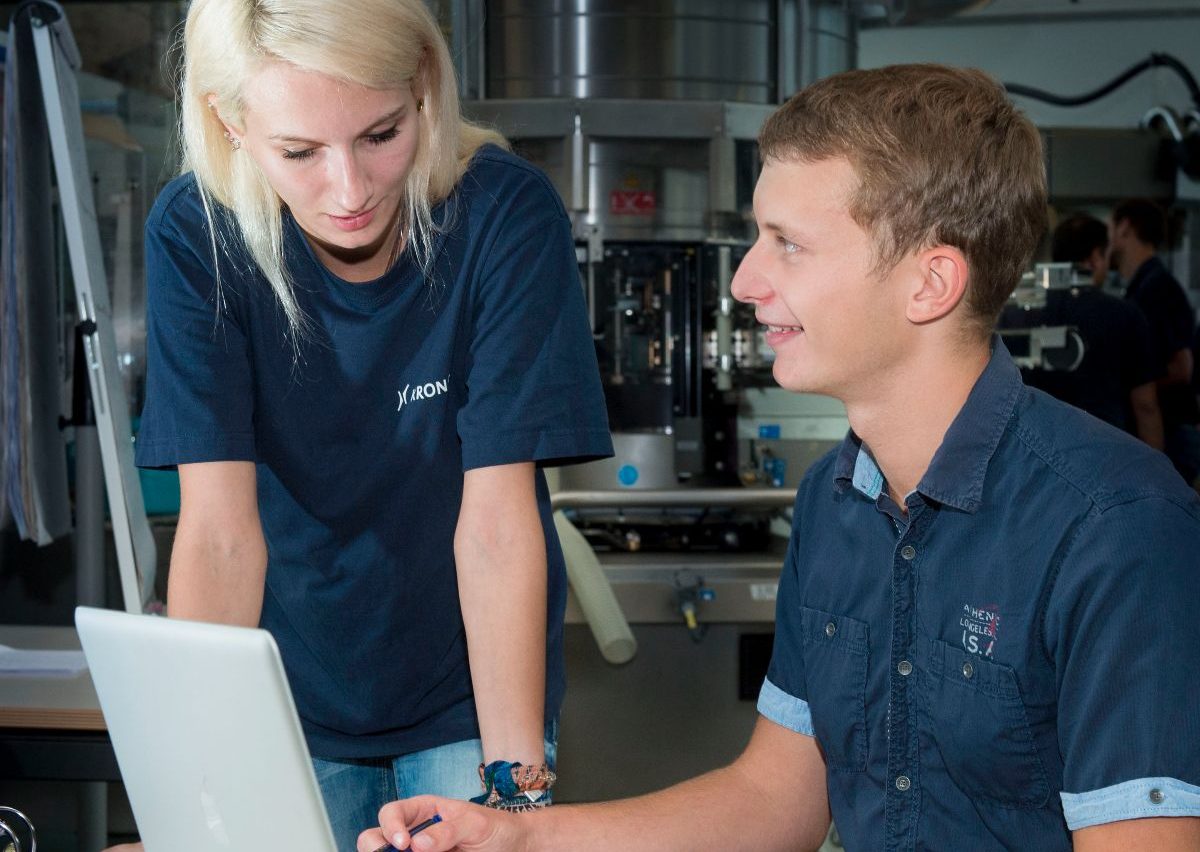 EM series: The beginning of a new labelling era