It’s 22 September 2013, early in the morning: I’m sitting in a plane. Doubts are starting to nag at me. What on earth is the language the people around me are speaking? It’s presumably Polish. At least that’s what I guess, it could also be Chinese – all I hear is totally incomprehensible sounds, which I despair of ever being able to pronounce … I’m flying to a country where I’ve never been before, where I can’t speak the language, and where I know absolutely no one – and I’ll be living and studying there for the next six months. 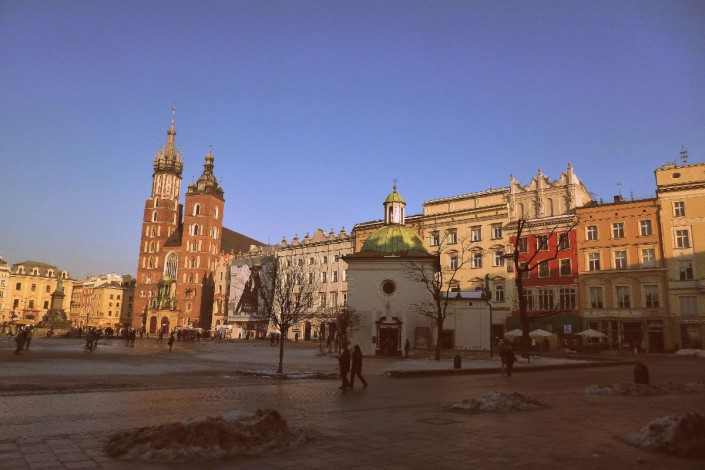 About one year and five months later: dzień dobry! In the shape of my temporary adopted hometown of Cracow, I’ve discovered one of the world’s most beautiful cities, enjoyed an unbelievable abundance of new experiences (such as surviving a Polish winter at temperatures of minus 20 degrees), I can at least speak a bit of Polish – and I’m sitting at my desk in Neutraubling trying to write a blog post about beer. So how does that fit together? Quite simple: it’s really fascinating to find out what customs and traditions people from other countries actually practise – and this includes what they like to eat and drink.

When it comes to what the Poles drink, the first thing that will spring to most people’s minds is vodka. What’s often ignored is this: many of the Poles still like drinking vodka, it’s true, but beer, too, is getting steadily more popular – some people are even saying that that piwo (beer) is displacing vodka as the national beverage. Quite generally, the country can look back on a lengthy tradition of brewing, but it’s primarily the trend towards craft beer and an increasing fondness for regional beers from small breweries that are driving the new beer boom. The Stowarzyszenia Regionalnych Browarów Polskich, the confederation of Polish regional breweries, reports, for instance, that the number of breweries has been rising steadily over recent years.

So what are the major Polish beers? There are really quite a lot of them. One of the best-known, without a doubt, is Tyskie, brewed by the eponymous brewery in Tychy near Katowice. This brewery, by the way, is acknowledged as one of the oldest in Europe. It’s owned by Kompania Piwowarska SA, which in its turn belongs to SABMiller.

But as I’ve already mentioned, there are lots of other Polish beer brands as well: such as Żywiec, Okocim, EB, Ty, Warka, Tatra, Bosman, Redd’s, Piast, Lech, Perła, Lezajsk, Hetman, Debowe, Specjal, Dojlidy, Żubr, Karmi, Lomza, Zwierzyniec, Brackie… I’ll halt the enumeration there, but by now, I think, one thing is clear: there’s a huge choice! From the “big-name” brands that you may be familiar with in Germany, to regional (craft) beers – beer-lovers are bound to find something they like here. Which beer tastes best is, of course, a matter of personal preference. And Polish beer is no exception. It’s a fact, though, that the beers from the smaller, regional breweries are gaining in perceived importance compared to the big Kompania Piwowarska, for example.

And there’s one thing that almost everyone in Poland relishes: women, particularly, often order “piwo z sokiem malinowym” – meaning beer with a dash of raspberry syrup. This syrup-flavoured beer, which is often drunk through a straw, is served freshly mixed in every bar. As a ready-mixed beer-based drink, it’s also available as “Redd’s Red” in a similarly tasting variant, for example.

Another of Poland’s specialty beers is the “grzane piwo”. This is a real tongue-twister for Germans, who tend to mispronounce it as “czarne piwo” – which would mean black beer. “Grzane piwo”, however, means hot beer. The mulled beer is mostly refined with honey and spices like ginger, cinnamon and cloves. For all of you who are now turning up your noses – at minus 20 degrees it’s definitely worth a try at warming yourself up over a nice “grzane piwo”, which is sold, for example, in the Christmas markets. Also popular in Poland is piwo “mocne”, meaning high-strength beer. Spicy-tasting high-strength beers are available from breweries like Tatra, Okocim, Debowe or Dojlidy. 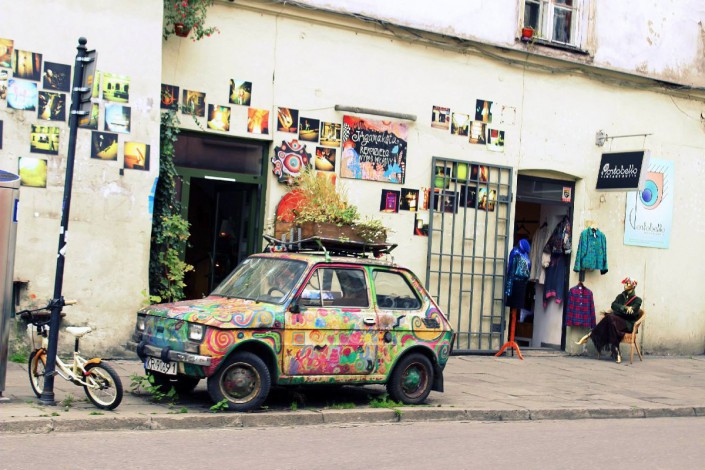 By the way: even though in Poland you’re not allowed to drink alcohol in public, you’ll find quite enough nice places in Cracow for enjoying a beer of your choice. If you’re looking for something a bit more upmarket, you’ll do best to seek out the surroundings of the Rynek Główny main square – and if your preference is for small, cosy bars, you definitely won’t be disappointed in the Jewish quarter Kazimierz.

Nor will you have any trouble finding something tasty to eat with your beer in Cracow: in the numerous cosy kawiarnie and bakers there are sweet delicacies on sale, in Kazimierz there are mouth-watering zapiekanki and in the affordable milk bars (called “bar mleczny”) hearty solid fare like bigos or pieroggi. If I’ve whetted your appetite for food and drink – then hop on a plane to Cracow! 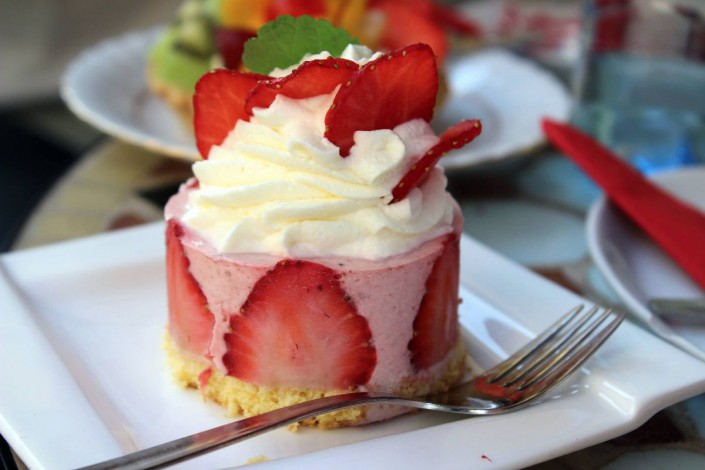