Sometimes the best stories fall completely unexpectedly onto your lap. While working on the current issue of our employee magazine, Andreas Gangkofner got in touch with me. He is Head of Incoming Logistics in our LCS Logistics Center, which handles deliveries of spare parts to customers, and he wanted to know whether we had a little space left over in the employee magazine: in the LCS Logistics Center, packaging processes had been changed over as part of a project aimed at making the shipment of spare parts faster and in particular more eco-friendly. That, he thought, might make an interesting read for one or two other employees.

Over the further course of the conversation it became apparent that the issue had more than earned “a little space” – and that Andreas Gangkofner (in typical Krones fashion) was rather underplaying the impact and the outcome of the project.

My suspicion was confirmed at the on-site meeting. Once they had kitted me out with a high-vis jacket and safety shoes, Andreas Gangkofner, his colleague Matthias Ilnseher and Daniel Jitaru from Deufol, our logistics service provider, showed me what had actually changed over the last few months. And it’s rather a lot. So much, in fact, that I had difficulty writing down everything the three of them told me during a tour through the Logistics Center.

It all began with the output figures. The LCS Logistics Center prepares some 1,300 packages for shipping every single day. Before the project, more than one hundred tonnes of plastic was needed to pack the often sensitive parts safely – every single year.  An interdisciplinary project team consisting of Deufol and Krones employees was formed last year with the aim of doing something about this. Together they addressed the question: How can the shipment of spare parts be made both faster and more eco-friendly – but without any compromises on quality?

Right at the top of the to-do list was finding an alternative for the polyurethane foam padding that cushions and fixes the articles in the shipping box. Fourteen different products were tested in the search for a more environment-friendly solution. Ultimately only one eliminated all doubts: recycled paper.

It seems almost too obvious at first. But for the paper to offer the same protection for sensitive parts as PU foam does, it needs a special folding technique. The machines that master this industry origami are customisations that were developed specifically for LCS shipping. Several examples of them are now standing in the Neutraubling logistics building; the plastic machines previously used have since been removed. “In the initial phase we still took a twin-track approach because we were concerned that the quality of packaging could suffer,” says Gangkofner. “But experience quickly showed that this wasn’t at all necessary, We have now switched over completely to paper.”

Next item on the agenda: air freight

To send bulky goods by air freight, lightweight pallets made of compressed wood fibre were used. These are commonplace in the international movement of goods, but they have one disadvantage: when they are loaded, cavities are created between the pallet and the package. For safety reasons, these have to be filled completely with plastic, otherwise the consignment is not allowed into the aircraft.

The team explored the entire market in its search for an alternative. “We really tested everything that was out there,” says Jitaru. “We weren’t really convinced by any of the solutions, though. That’s why we simply developed one ourselves.” The result is a pallet that doesn’t result in any cavities and also comes in at 1.7 kilograms less on the scales than its predecessor.

Even the plastic adhesive tape that is used to seal the air freight packages was replaced with an environment-friendly alternative. The new tape is made of one hundred percent recycled paper and uses an adhesive based on natural rubber. “That enables us to save another 8,500 kilos of plastic a year,” a delighted Gangkofner adds.

Reusing instead of throwing away

First and foremost was the idea of reusing packaging from Goods Receiving to ship our own deliveries. Instead of routinely disposing of the incoming packaging as before, the colleagues in Goods Receiving are now sorting it appropriately. It’s an additional expense only at first sight, reckons Matthias Ilnseher. “We’re actually saving a certain amount in material costs. It had also bothered the staff in Goods Receiving for a long time that so much was being thrown away. My impression is that they are happy to do the sorting for that reason.”

Toughness test in China and Brazil

When it came to testing the new materials, the team called on the international Krones network. “We sent the test consignments to our LCS Centers in China and Brazil,” Matthias Ilnseher explains. “Long transport routes, multiple transfer points and demanding climatic conditions: that was certainly a real test of toughness for the new materials.” Once this had been passed successfully, they tried it out on shipments to customers – and kept a close eye on the reaction. “We were pretty nervous in the first couple of months,” Andreas Gangkofner admits with a laugh. “After half a year in real operation, though, we can say with confidence that we haven’t recorded any increase in complaints, nor have we seen any new patterns of damage.”

Still many ideas in the petri dish

Looking back on the first year of the project, my three interview partners are more than positive. “It was important to us not just to optimise one or two points, but to consider the process as a whole,” Andreas Gangkofne explains. “The end result was that we not only reduced our ecological footprint, but also made the entire packaging process faster and even more cost-efficient.” Nevertheless, much still remained to be done, he emphasised: “We want to continuously improve in order to save even more costs and further reduce our ecological footprint.”

Daniel Jitaru also seems to be impressed by the eagerness and stubbornness with which the LCS team is tackling the issue of sustainability. “The preconception that environment-friendly solutions are automatically expensive is still widespread in industry, unfortunately,” the Deufol project manager says. “So we’re all the more pleased that Krones is going down this path together with us. For me the project is a milestone in the customer-supplier relationship.” 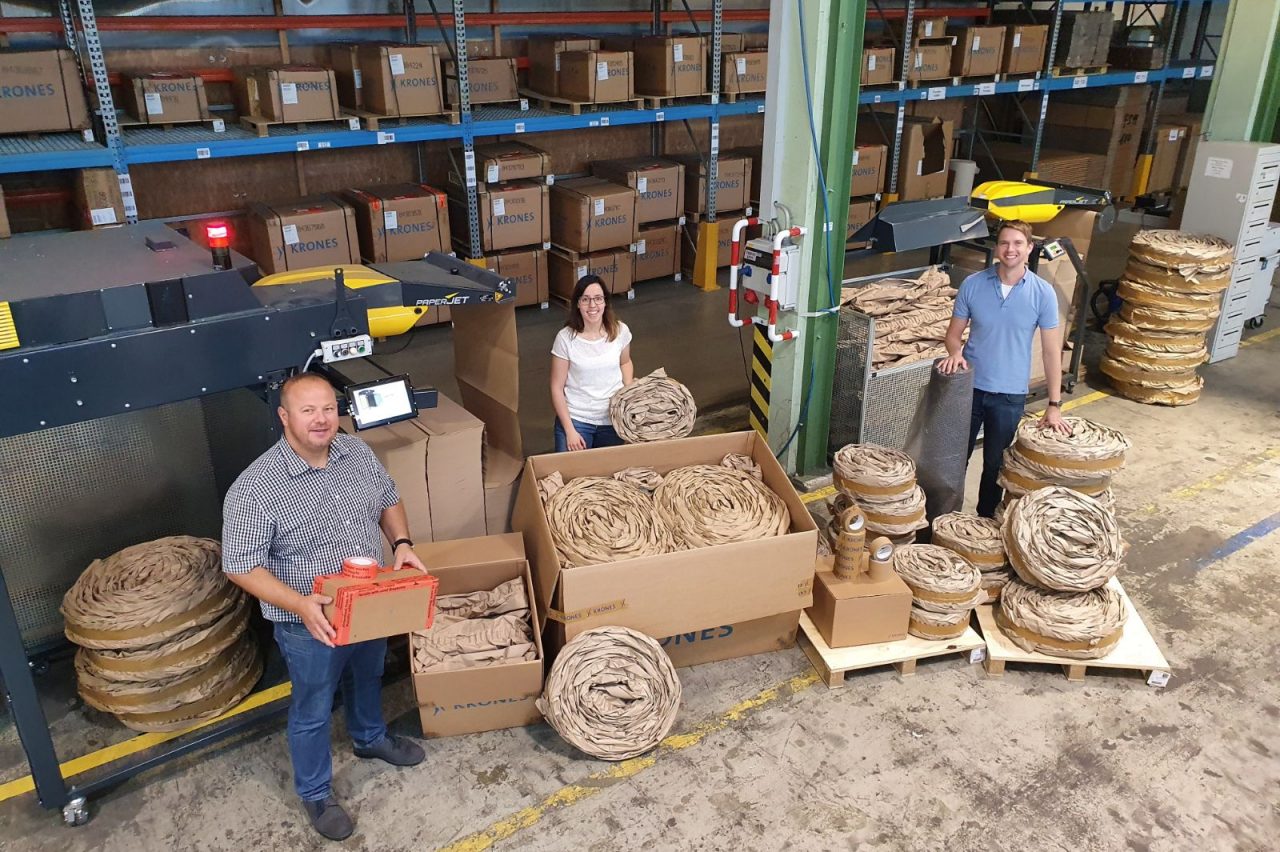 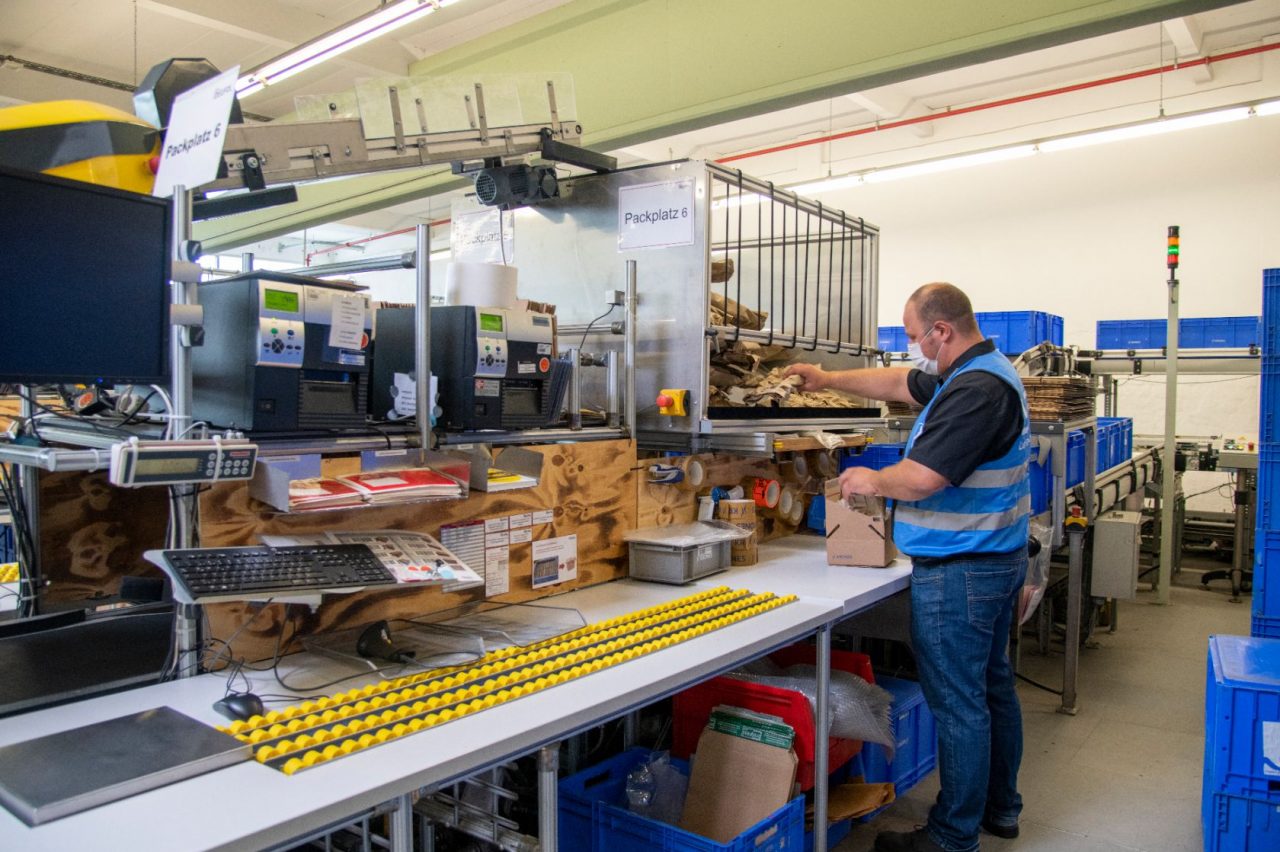 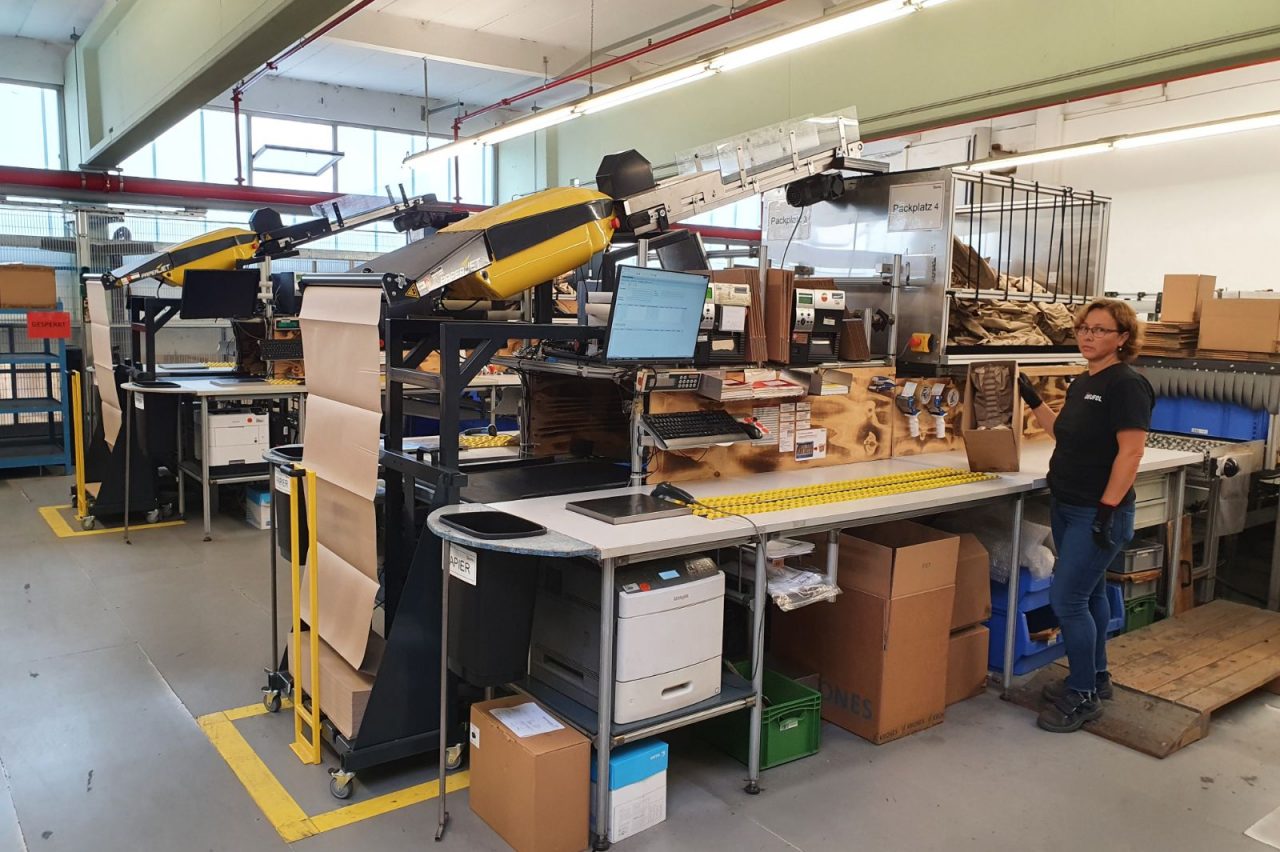 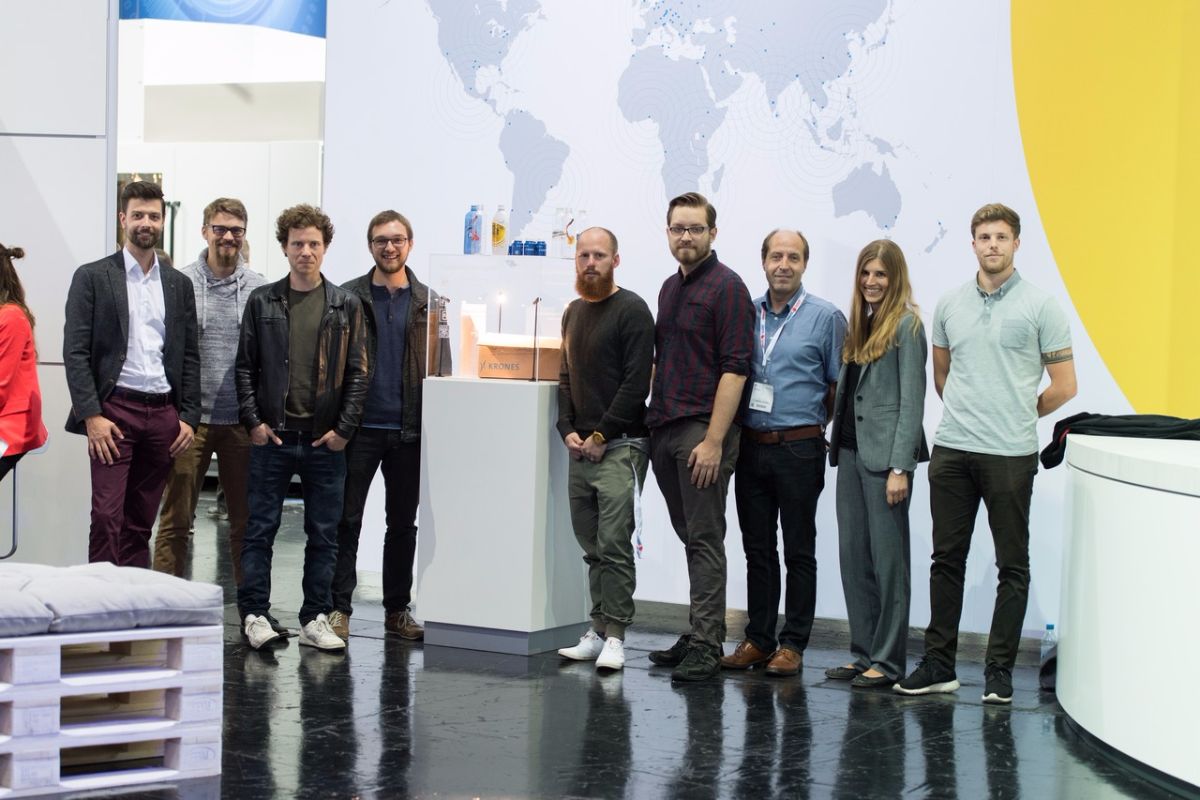 When spare parts can “talk” 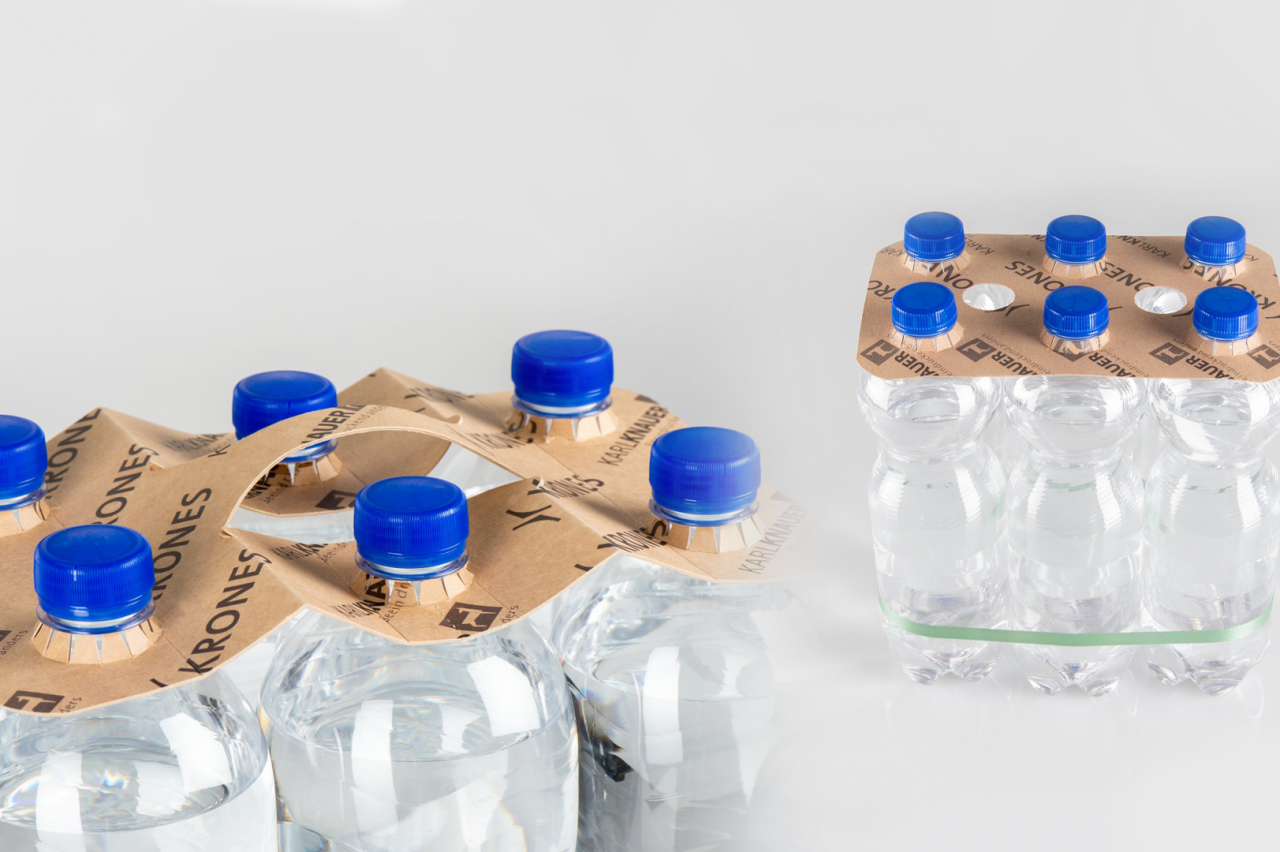 rPET – A glimpse into a pilot project