Living with the coronavirus at Krones: Part 1

End of February 2020: the coronavirus was gradually spreading in Germany as well. And although the hotspots in question were still located outside Bavaria – meaning they were as yet quite a distance away from the majority of our facilities in Germany – Krones even back then started its preparations for a possible wave of infection.

The path to a new workplace normalcy

It was on 25 February that the coronavirus crisis team at Krones then met for the first time: every day (even at the weekends), the team members assessed the ongoing situation and responded to new developments. And so, as February was nearing its end, initiatives came in quick succession: the 14-day isolation period was extended to cover everyone returning from the risk territories as defined by the Robert Koch Institute (RKI). Furthermore, basic rules of hygiene were communicated, door handles disinfected twice a day, cutlery in the canteens was being handed out from a central location, and people were requested to use the lifts only in emergencies. But what if the worst case were to materialise: an infected member of Krones staff who might perhaps have infected other colleagues on the company’s premises? In that case, those involved would have to be contacted virtually overnight, in order to inform them that they are prohibited from entering the plant. So as to be able in worst case to supply all the staff involved with important information even outside normal working hours, within just a few short days Krones got an online platform up and running that even though it is password-protected can be called up by every member of staff from his/her private mobile phone, too. To keep up daily business operations nonetheless as best as possible in such a theoretical worst-case scenario, moreover, everyone was requested when finishing work for the day to take their laptops home with them if possible, or to set up the appropriate access modalities on their private PC as a precautionary measure.

It’s true that at that time (early March), the coronavirus had already been on the advance in Germany but had not really touched down as yet, at least not in my private environment. Back then when I was sitting down with friends for a chat over a glass of wine (I know that’s well-nigh inconceivable nowadays) and telling them about the activities that had been initiated at Krones during the past few weeks, I was often asked whether all of this might not be a tiny bit exaggerated and sort of panic-mongering. And the answer I gave my friends back then I would still repeat today: NO! Because I have always been firmly convinced that taking the initial signs seriously and responding to them in due time have contributed to the fact that we’re today in a position to keep on handling our day-to-day business “normally” as best we can.

Mobile working, shift system, and covers for mouth and nose

But what exactly does this new workplace normalcy look like? The above-mentioned measures were in no way the only ones by far: since mid-March when the nationwide curfew came into force, more or less all German employees whose remit permits this have been working from home. The peak value so far was reached on 2 April, with 7,000 external access operations on the Krones network in Germany alone. For all of this to be possible at all, our colleagues in Information Management had to put in quite a bit of groundwork in advance: they significantly increased log-in capacities via VPN and Citrix and provided detailed instructions so as to ensure that even our colleagues without any experience in mobile working could find their way round this brave new working world as fast as possible. In addition, over 750 engineering workplaces – in most cases permanently installed workstations requiring substantial computing power – were appropriately adapted so as to ensure that the performance needed could be guaranteed on the company notebooks or via private PCs as well.

But mobile working is not suitable for every job: and this was why numerous precautionary measures were introduced for the approximately 4,000 staff working in production, logistics and quality assurance, so as to minimise their risk of infection. The basis of these was, for example, a sophisticated shift system, comprising early, late and in some cases night shifts as well, each with a one-hour break interpolated. In addition to temporal separation, spatial distancing was likewise created in the German facilities, and all plants were divided up into zones, so as to minimise overlaps and in worst case be able to trace infection chains. And ideas on how to protect themselves and their colleagues from infection in their daily work to better effect were also contributed by the staff themselves. Since the beginning of April, for example, protective visors made of plastic are produced every day in the 3D printer and distributed to those areas where the minimum distance of two metres cannot always be complied with.

But since numerous people also get rather close to each other in corridors, stairwells and when fetching their lunch, Krones in late April introduced mandatory wearing of masks generally whenever the minimum distance cannot be guaranteed – and is for this purpose providing each member of staff at the German facilities with three of what are known as mouth-nose covers made of cloth. 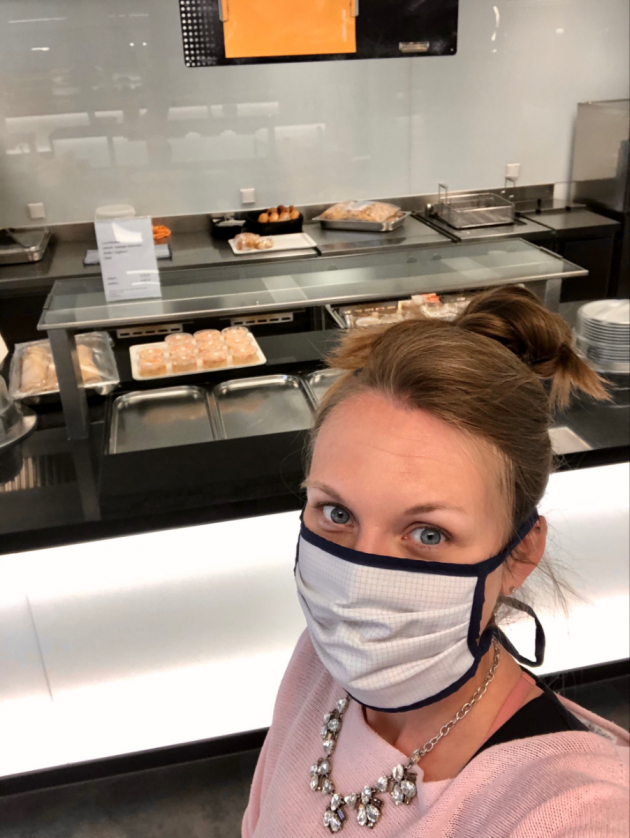 On the international stage, too, the maxim applies: better safe than sorry

As you doubtless know, Krones operates facilities in more than 100 of the globe’s countries – needless to say the colleagues there are likewise taking a host of measures to minimise coronavirus infection. For example, hygiene measures have been intensified everywhere, workplaces have also been relocated to people’s homes as far as possible, and those subsidiaries with a production operation have likewise introduced distancing rules, shift systems and other measures. And the issue of trips in times of coronavirus is a sore spot, too – not least due to the restrictions in air traffic but also because of the numerous country-specific regulations. So it’s obvious that our colleagues right there on the spot are now more in demand than ever before, as are forms of support such as remote access and the like! You can also read more about this, by the way, in the article by my colleague Simone, and in the next part of our “Living with the coronavirus at Krones” series as well.

WOW – when you look back on what the Krones team has accomplished over the past few weeks, what new rules have become common practice more or less overnight and how we have all been pulling together so as to ensure that day-to-day work routines are still handled as normally as possible despite the coronavirus, you can really and truly be proud! And: there’s no end to what has been achieved, not by a long way! This was just a small glimpse into what life is like at Krones at the moment. Which is why there will be a sequel to this article in which I will tell you how we assure that all the parts required are actually available, how the machines leave our plants, and what customer communication and service look like in times of travel restrictions. 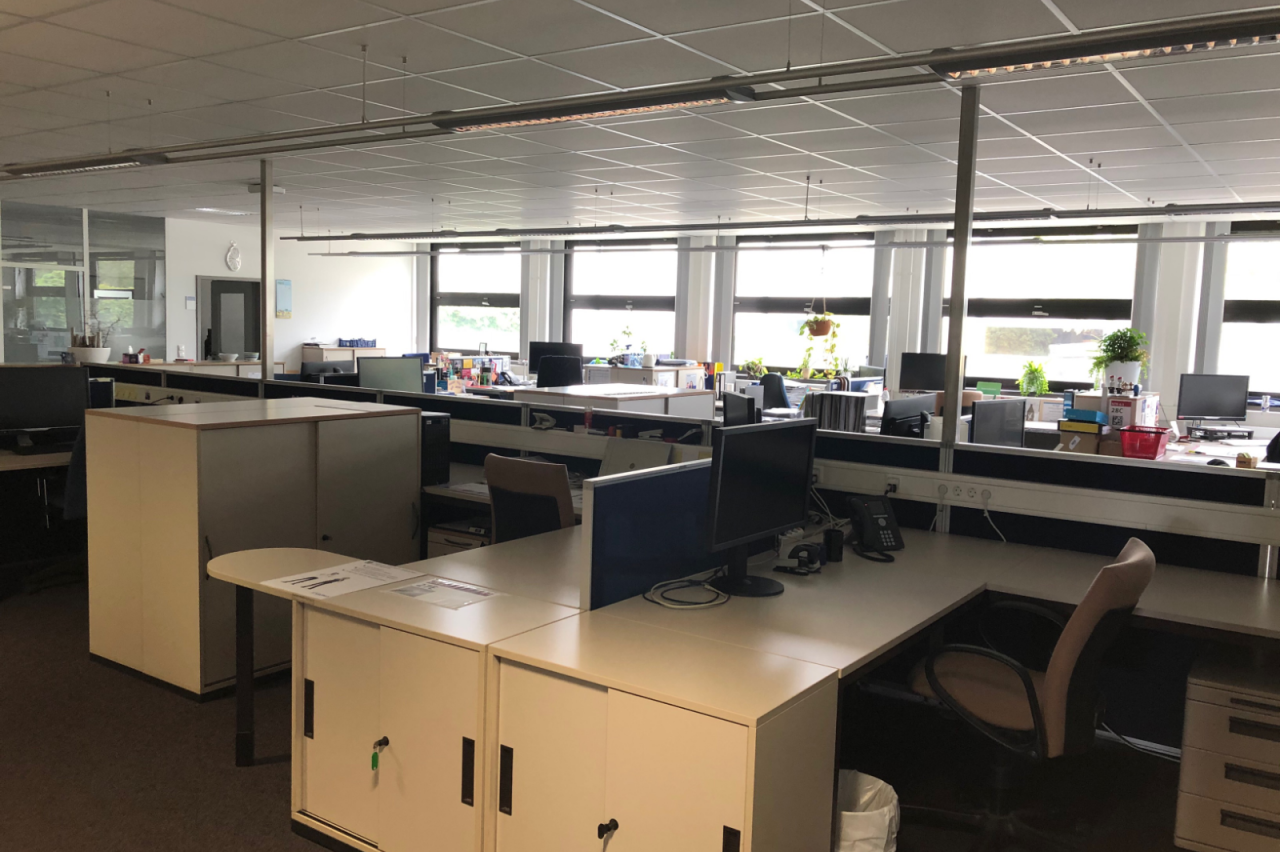 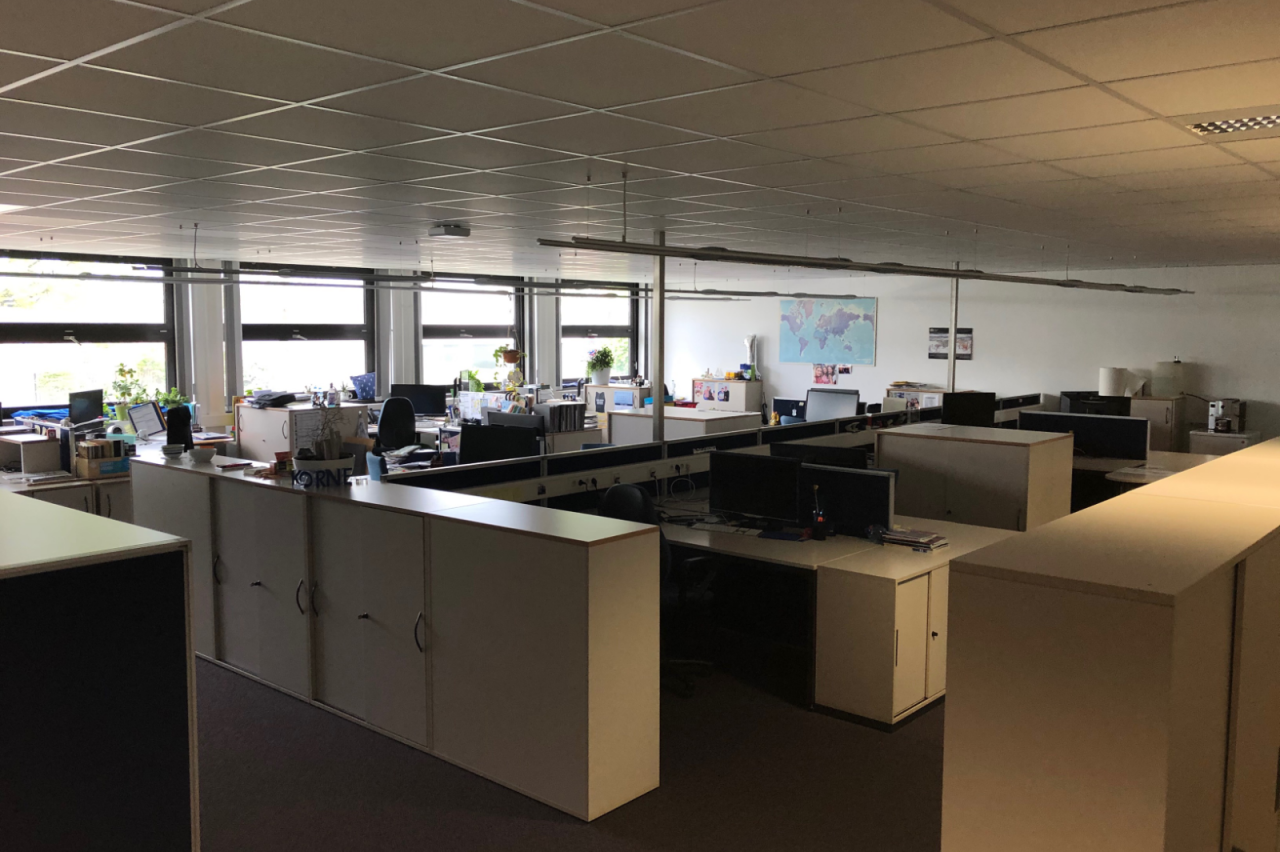 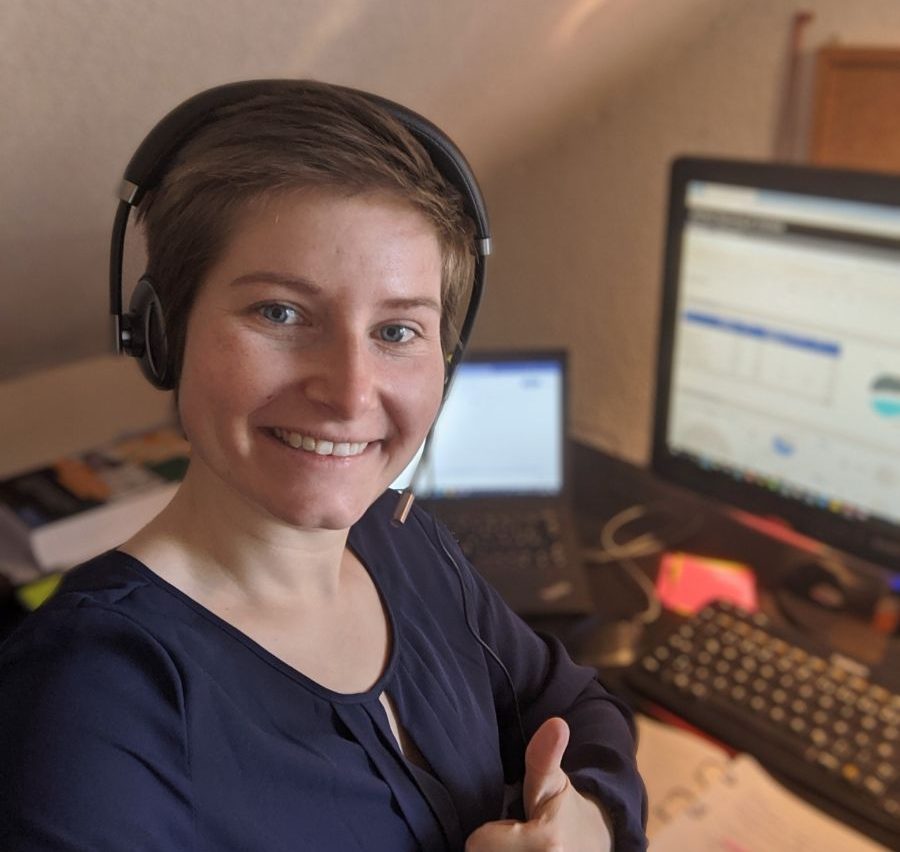 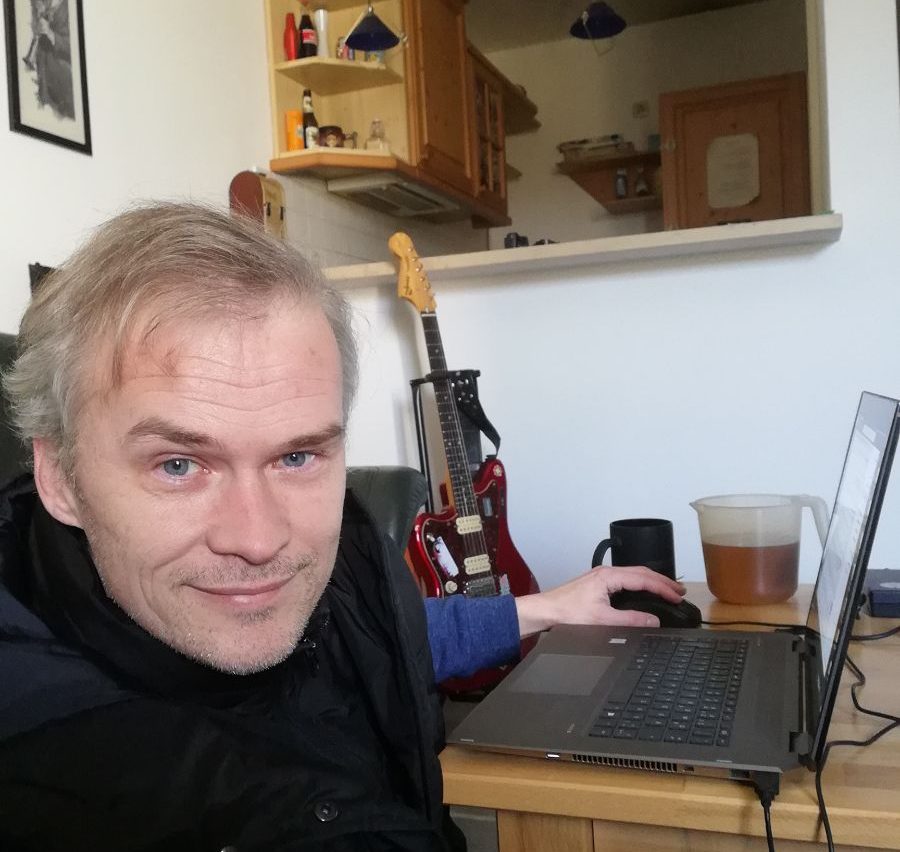 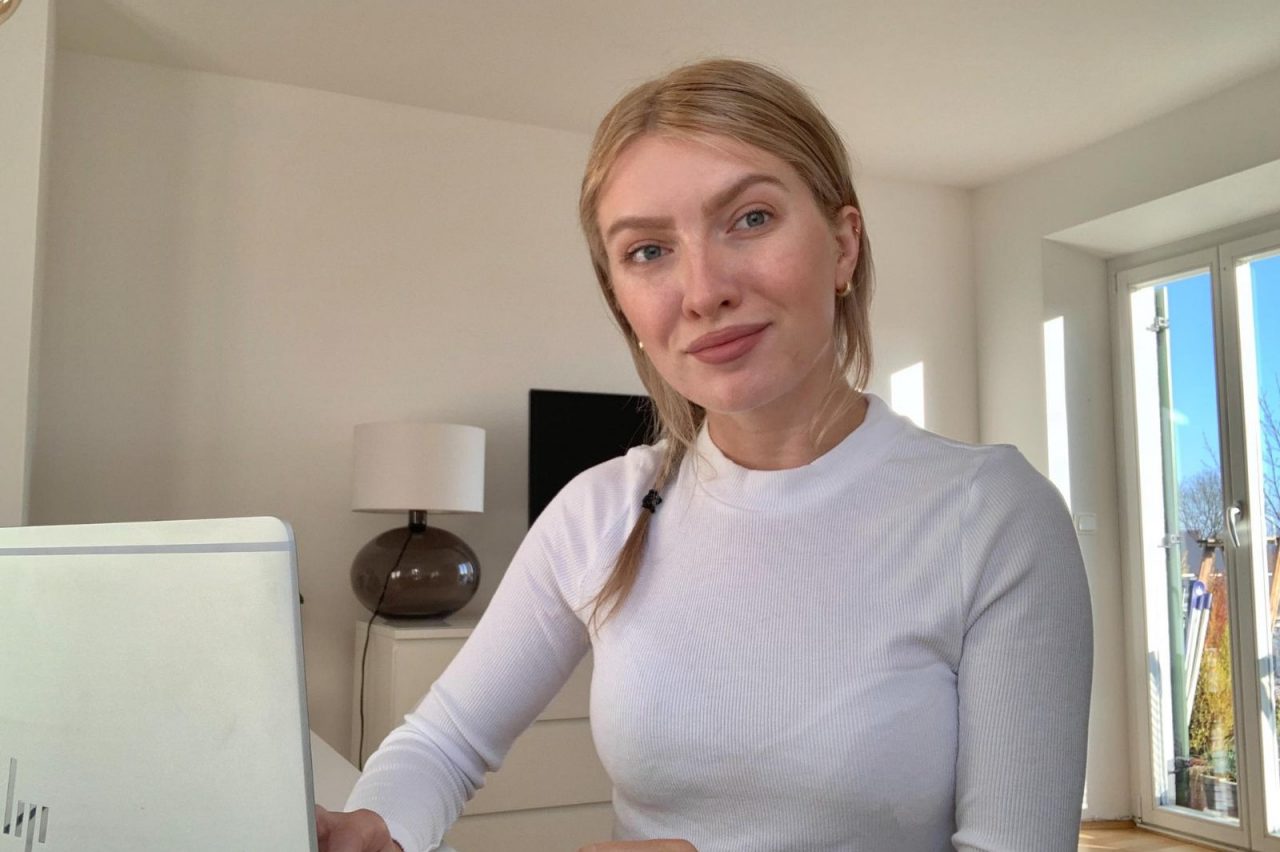 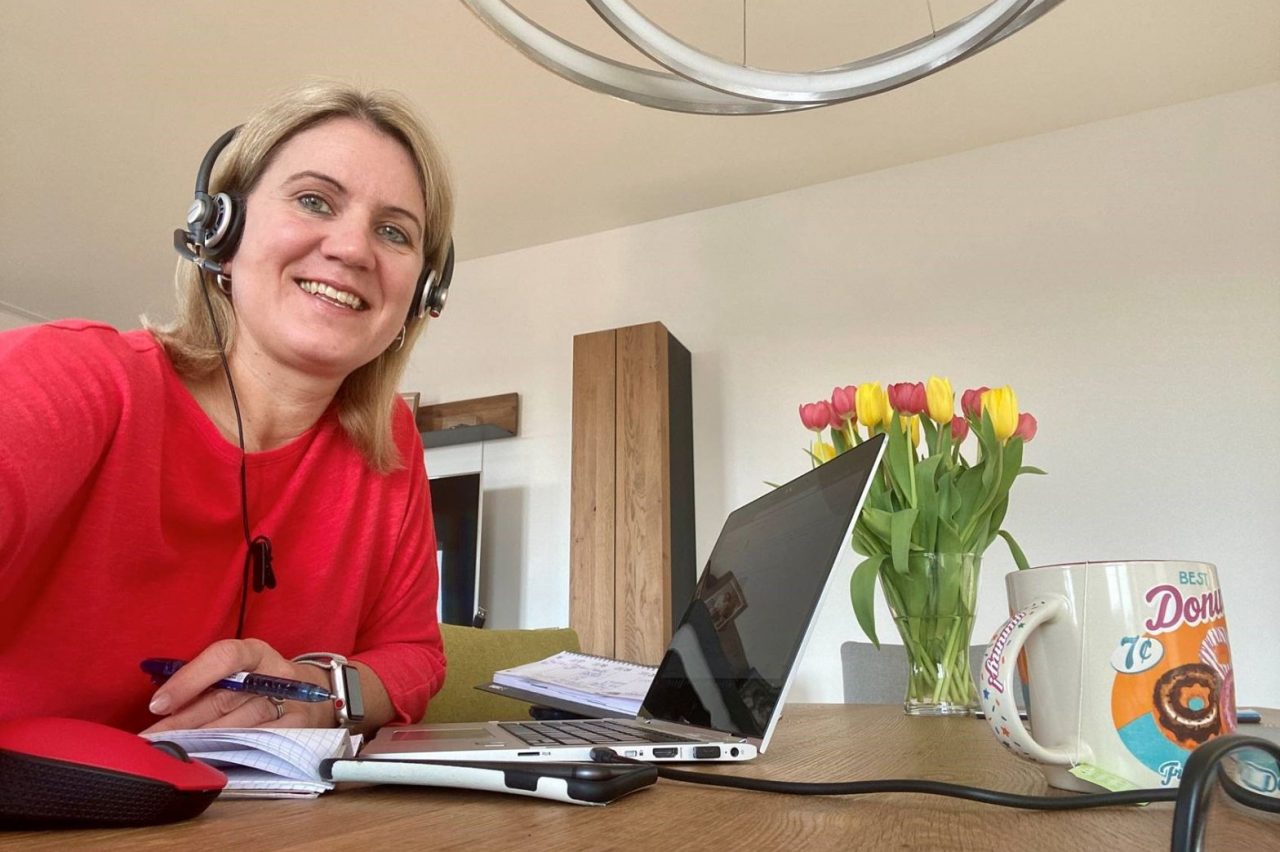 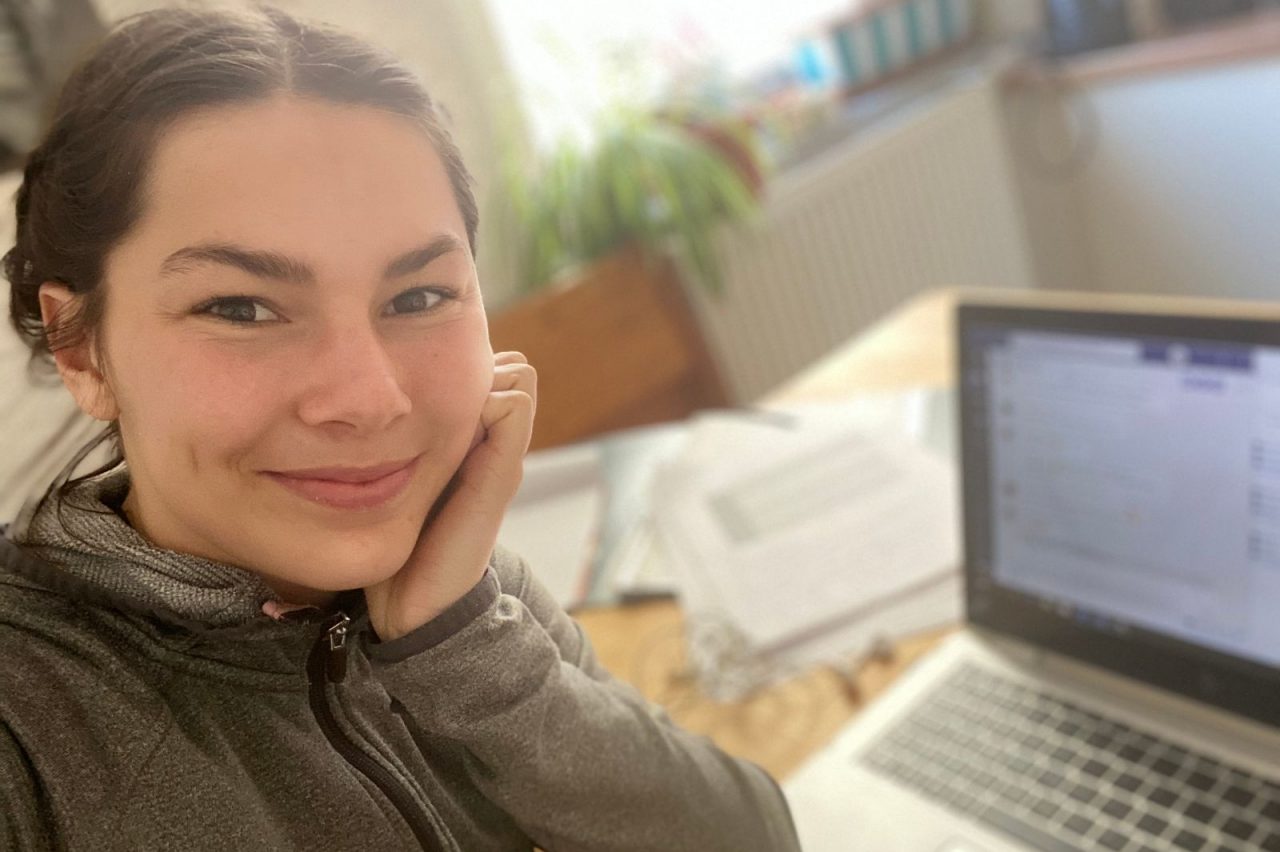 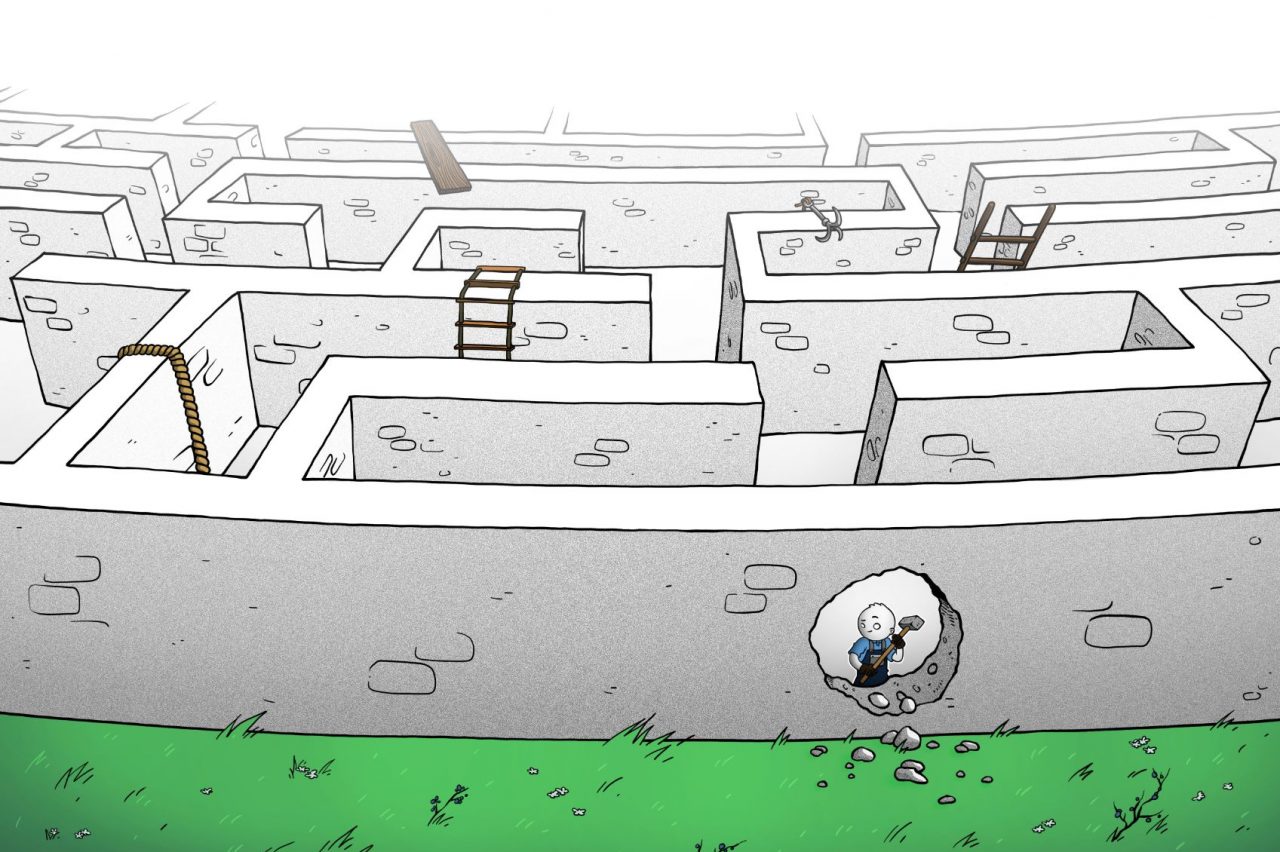 Living with the coronavirus at Krones: Part 2 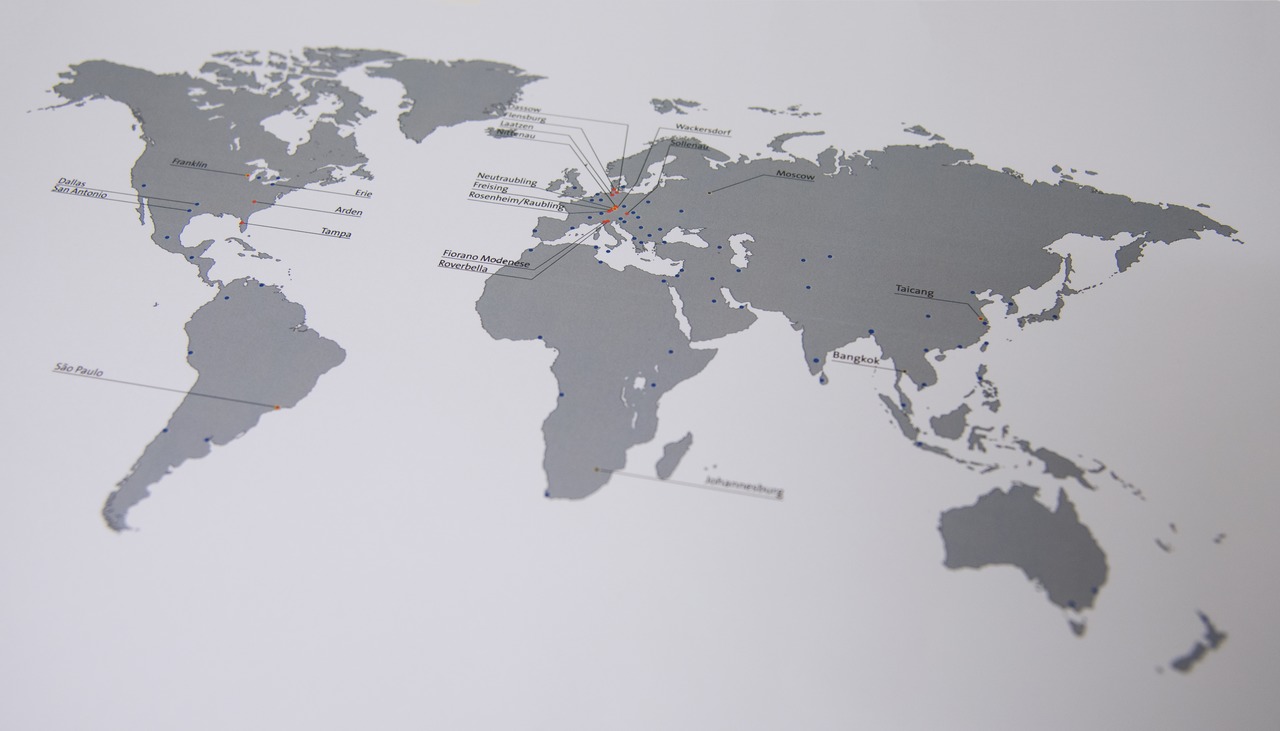 Living with the coronavirus at Krones worldwide: Part 5 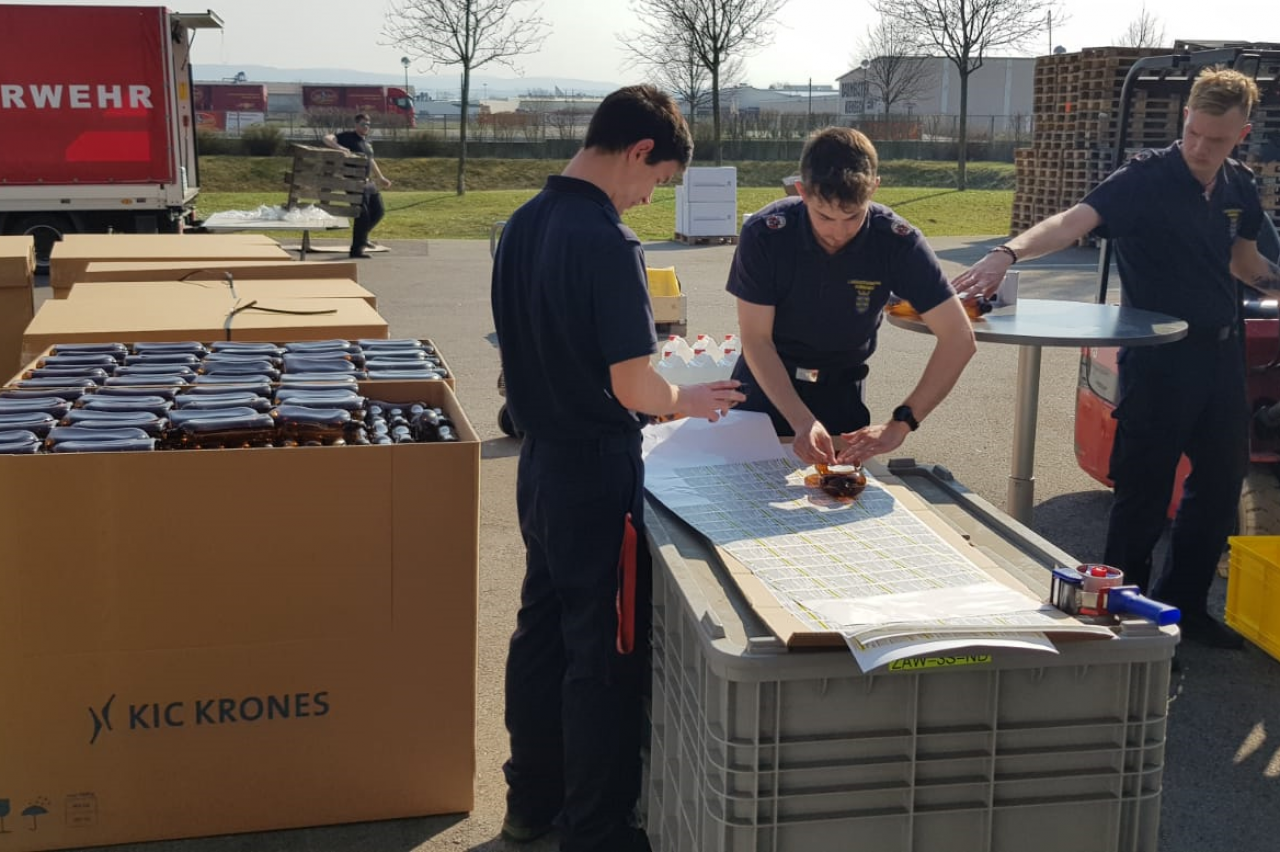 Living with the coronavirus at Krones: Part 4 – Krones provides support 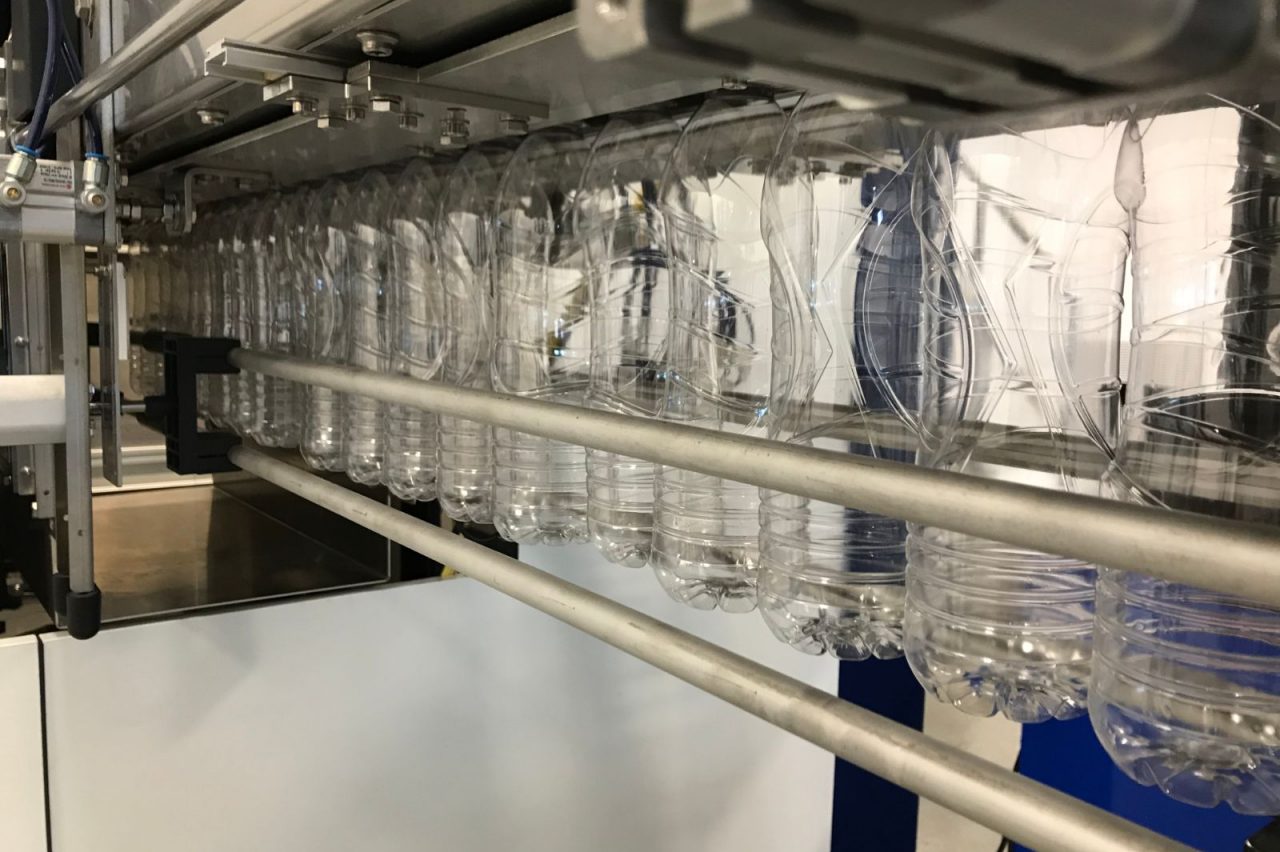 Living with the coronavirus at Krones: everyday life shifts at Krones Inc.