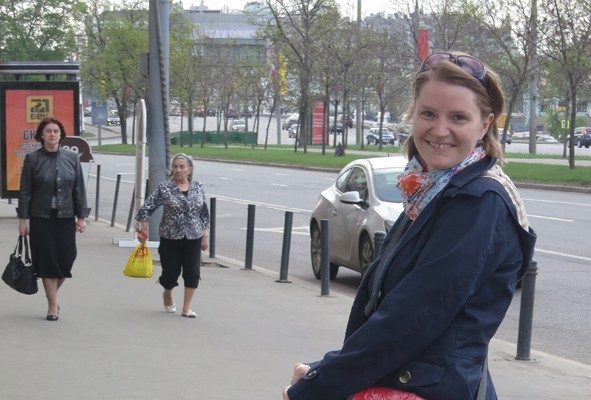 “Krones remains Krones, even if it’s more than 2000 kilometres away”, Stefanie Rolfsmeier has realised. As a participant in the “Across Borders” international exchange programme, she’s been posted to Krones’ subsidiary in Moscow for six months, until the end of June. We asked her about differences and idiosyncrasies in her working life there.

What ‘s the biggest difference between Krones in Neutraubling and in Moscow?

The size. Whereas Krones in Germany employs several thousand people, in Moscow the figure is only just under 60. Sales, service, accounts, they’re all sitting quite close to each other and everyone knows everyone else.

How do you support the team in Moscow?

In Neutraubling, I work in the HRM&W Human Resources Development Department where my remit includes competence management for various specialist units, plus conceiving and organising seminars. There isn’t a separate human resources department here in Moscow, which is why my duties here are a lot more varied. My principal task is to support the General Director and the other senior managers when it comes to human resources issues, which means I handle recruiting, plan training initiatives and chair workshops. We conduct the job interviews with candidates together.

What’s the biggest challenge for you?

Since I learned Russian at university, I spoke Russian with my colleagues here almost all the time right from the start. This is, of course, a marvellous opportunity to get some practice, but it can also be very demanding. Despite all my efforts, I still sometimes put my foot in it. Once, after an interview, I wanted to suggest to my Russian colleagues that they should make an official offer to a particular applicant. The Russian for “offer” is “predlozhenie”, but depending on the situation this can also mean proposal”. For my colleagues in Moscow, however, it sounded as if I wanted to propose marriage to this applicant. No problem though, they all saw the funny side.

l also had to get used to their different approach to time management. Whereas in Germany all appointments are fixed way in advance, things are more spontaneous in Russia. Here, it works very well when you just drop by in someone’s office to discuss what’s on your mind, if it’s not convenient, you just come back later. It only gets difficult when the two approaches collide. After several abortive attempts, one of my Russian colleagues finally freed up had some time for me, but then the meeting turned out to be so intensive that I was hardly able to get away. And there was a telephone conference with Neutraubling waiting for me, which of course had been posted in Outlook long beforehand. It was not easy to avoid offending one side or the other. 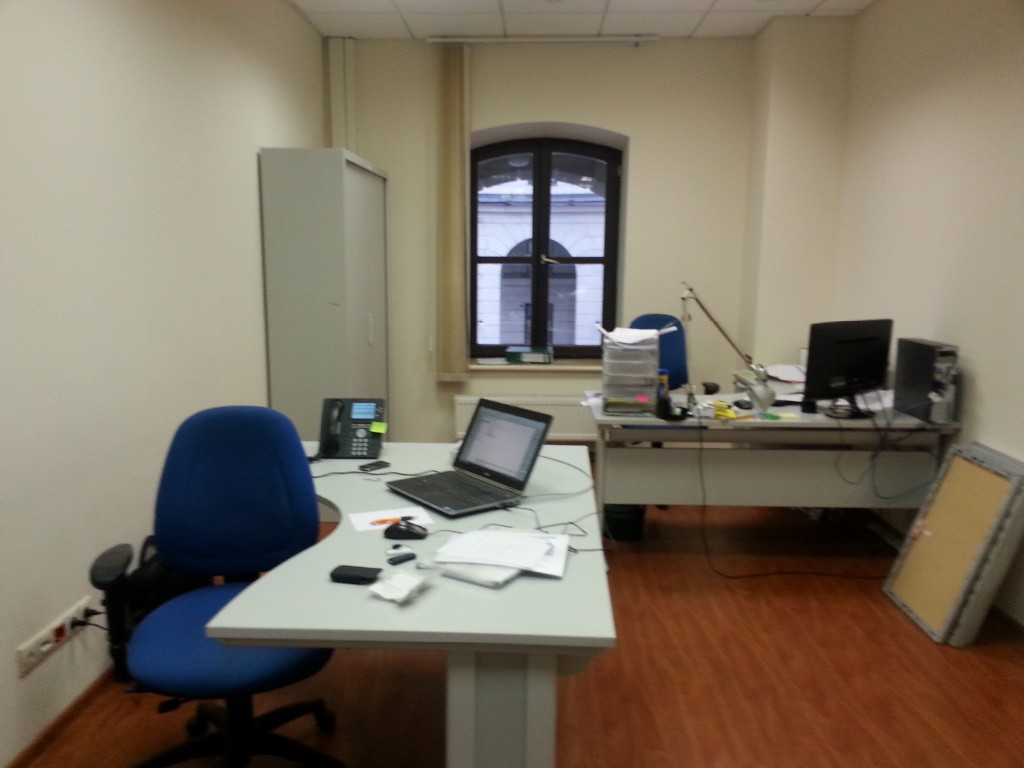 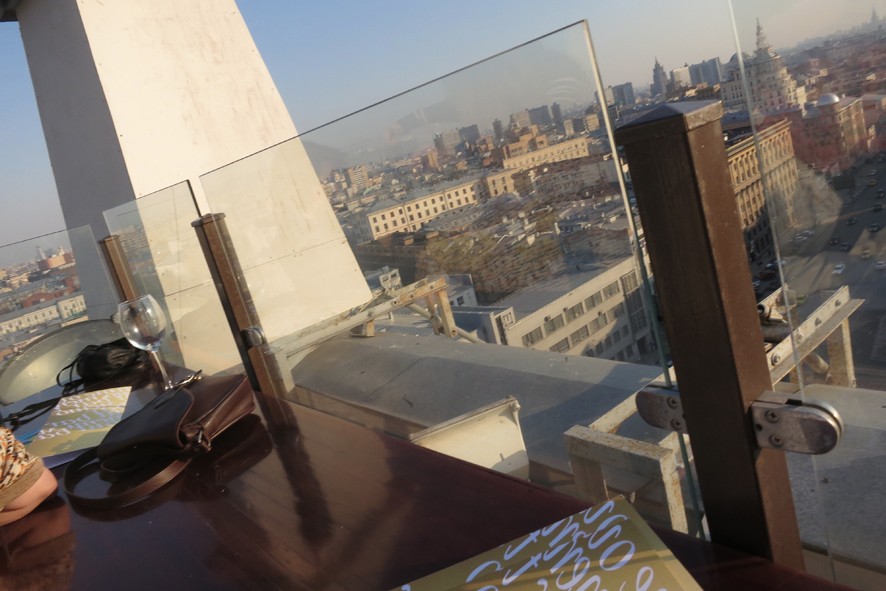 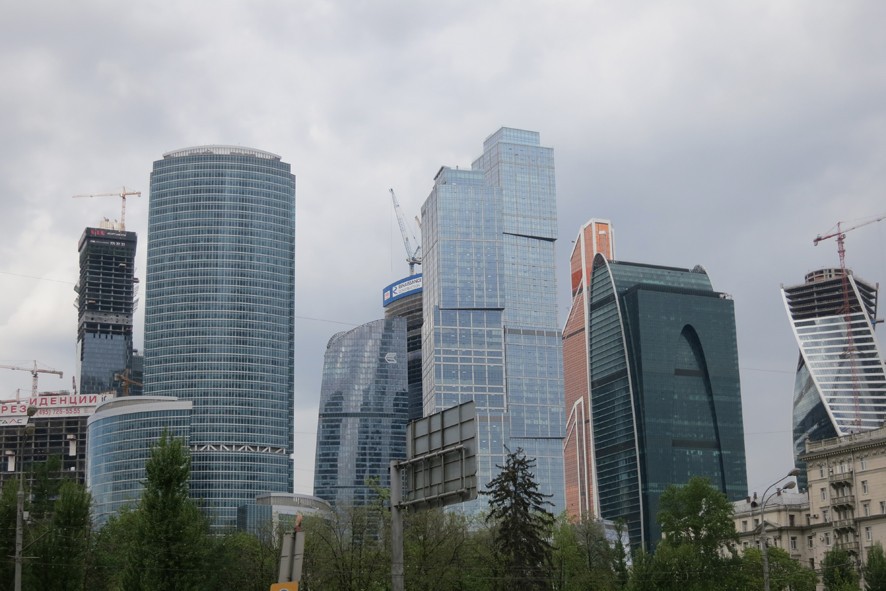 What was the most unusual experience you’ve had at work?

I’d invited the managers to a workshop on the subject of human resources development. All of them came and told me at the beginning that they were very interested in what I was going to say. This took me aback, I have to say, because for me “workshop” means that I chair the discussion and summarise topics, etc., but the input comes from the group. Fortunately, the Russian managers went along with “my experiment” as they called it.

Was the experiment a success?

Yes, my colleagues were very receptive to thus unusual mode of working, and it was nice to see how the mutual discussions took on a life of their own.

What’ the interpersonal atmosphere like at your “new” workplace?

What’s really special about the office in Moscow is that lots of the people there have been with the firm for a very long time, some of them ever since the subsidiary was founded. Since they all know each other very well, birthdays, round-figure anniversaries of joining the firm, the birth of a child or also the major international Bank Holidays, are all celebrated together. On 23 February, for instance, we celebrated Men’s Day, on 8 March International Women’s Day, on each of which the other gender was responsible for the lunch buffet.

Unfortunately, though, it doesn’t happen very often that we do something together after working hours. This is due primarily to the demanding nature of everyday living in Moscow. Some of my Russian colleagues, after a long working day, still have to spend two hours driving home, This is because of Moscow’s (in)famous  traffic jams. At the office in Moscow, what’s more, there are quite a few women working, doing full-time jobs even when they have children. Part-time models for parents are pretty uncommon in Russia and so when they get home in the evening there are the children and the housework waiting for them … 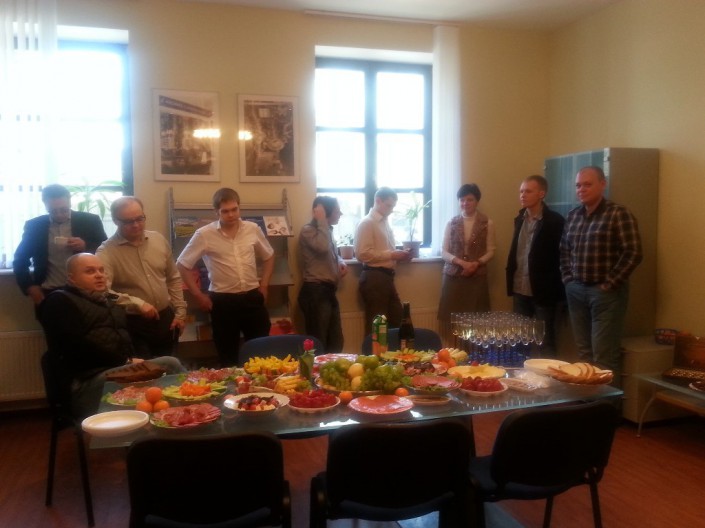 What are your own impressions of Moscow?

The city’s face is always changing, there’s always something new to see with building sites everywhere you look. Since I was in Moscow several years ago as a student for example an entirely new quarter of skyscrapers called “Moscow City” has sprung up. The traffic situation continues to be problematic but lots of things are changing for the better, as the Muscovites themselves will confirm.  Roads have been converted into pedestrian zones, on the banks the Moskva cycle paths have been created and lots of money’s been invested in the care of the numerous parks. This has given an enormous boost to the quality.

How do you spend your leisure time?

I have two quite different favourite places here. One of them is a bar on the 13th floor of a palatial high-rise building from the Soviet era. I particularly like showing the view of the entire city to my family or my friends when they visit me here. My other favourite place is Gorky Park. In winter, the paths were flooded, creating one of Europe’s biggest and most magical expanses of ice. Now, in summer, the avant-garde young people are taking over the park, you even see (quite contrary to our usual ideas of Russia) girls in jeans, chucks and with skateboards. There are bands playing and an outdoor cinema. In the hammocks, you can relax to perfection in the evenings. The asphalted paths are ideally suited for bicycles, inliners, skateboards and scooters. I’ve already treated myself to a scooter! 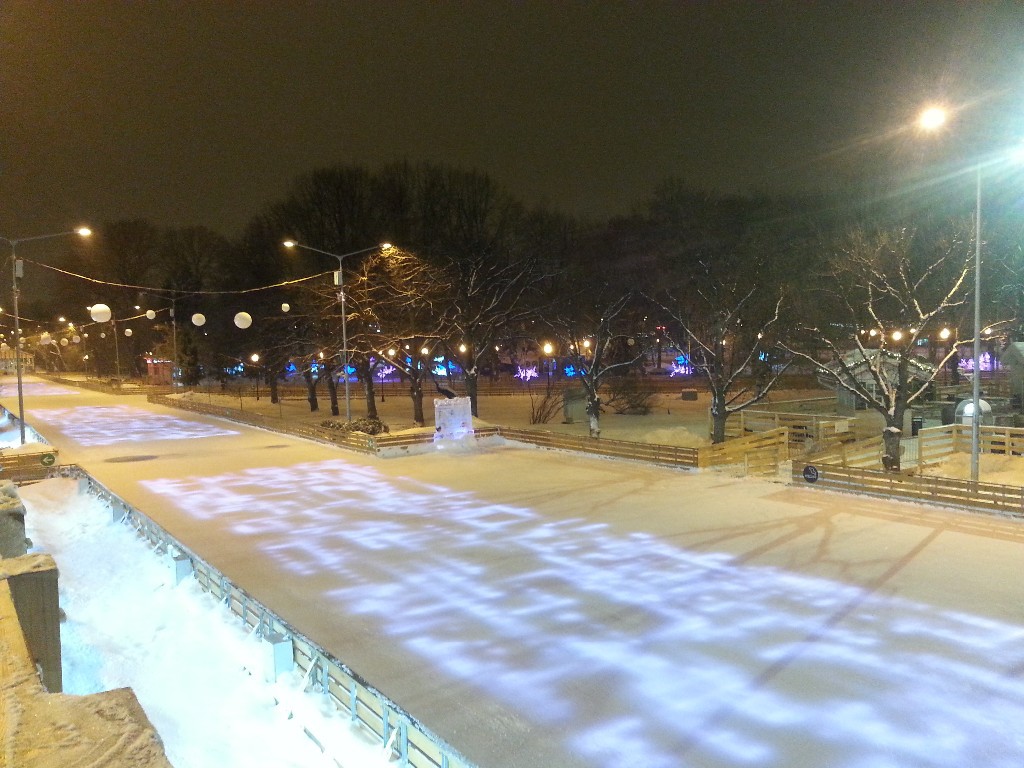 How would you sum it up – what’s the essence of Krones Moscow?

Krones Moscow isn’t all that different from Neutraubling. The most important thing is this: in Moscow, too, everyone is incredibly proud of Krones’ technology and tries to do everything possible for the clients. This struck me very forcibly when I organised for my colleagues a weekend excursion to one of our clients, a brewery in Moscow in particular, my colleagues from Accounts, who after all hardly ever comes into contact with the actual kit, were fascinated to see Krones lines in live action. 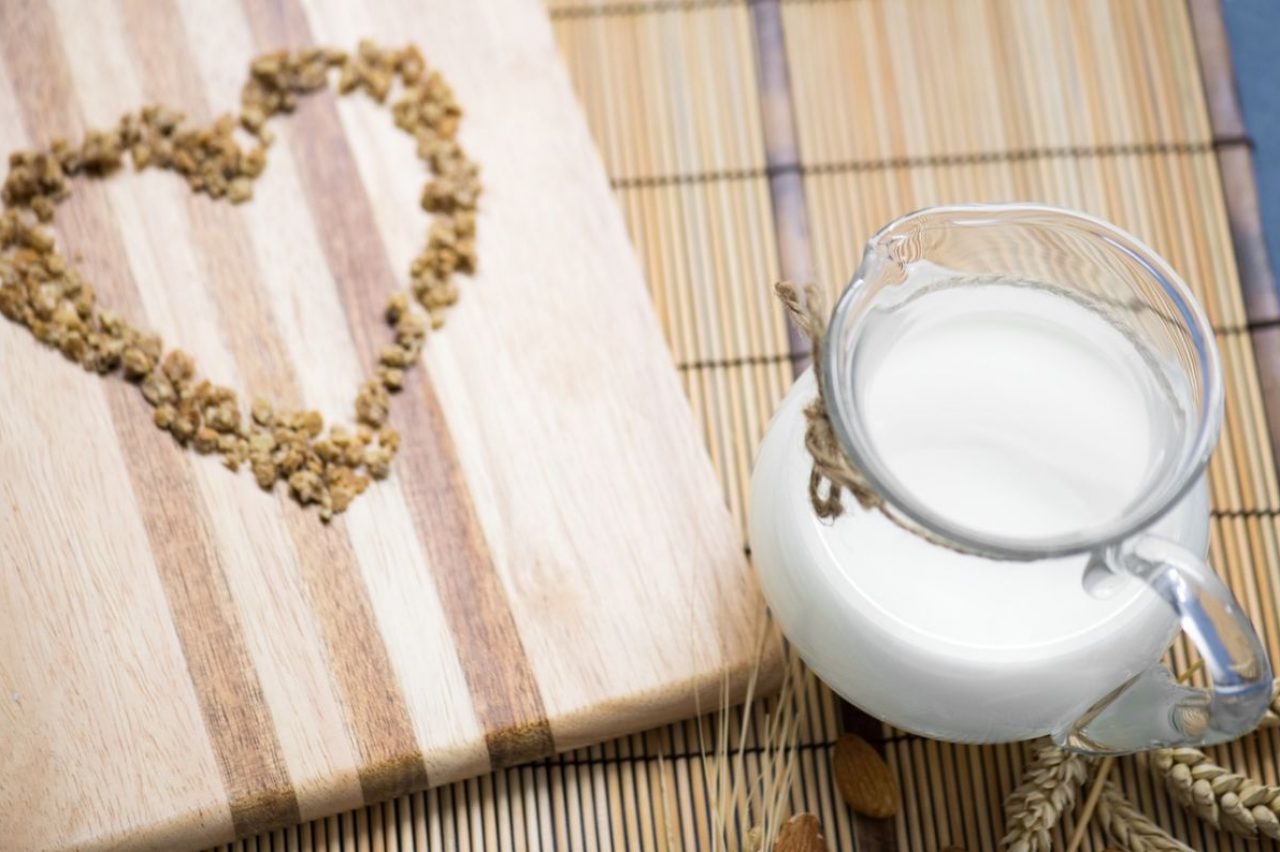 Milkron: “People in Germany know who we are” 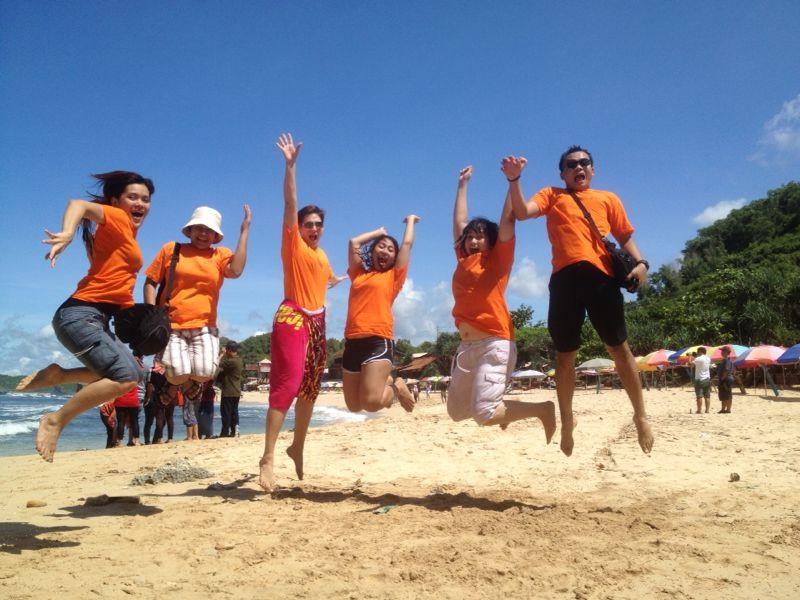 The tall lady from Germany in the Indonesian Support Department 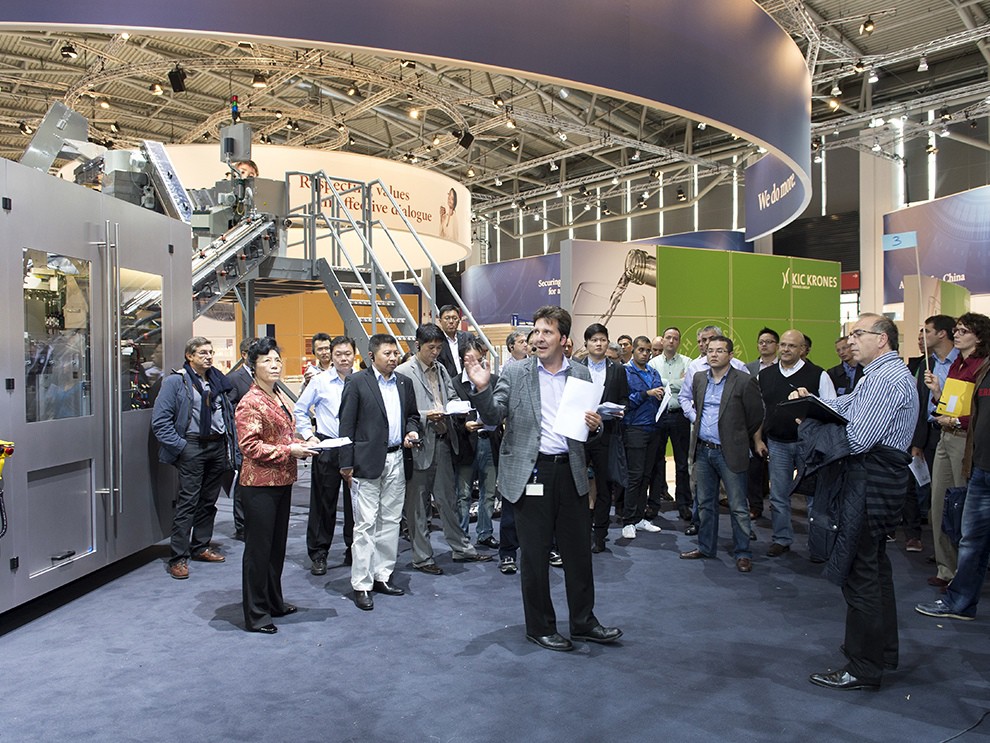 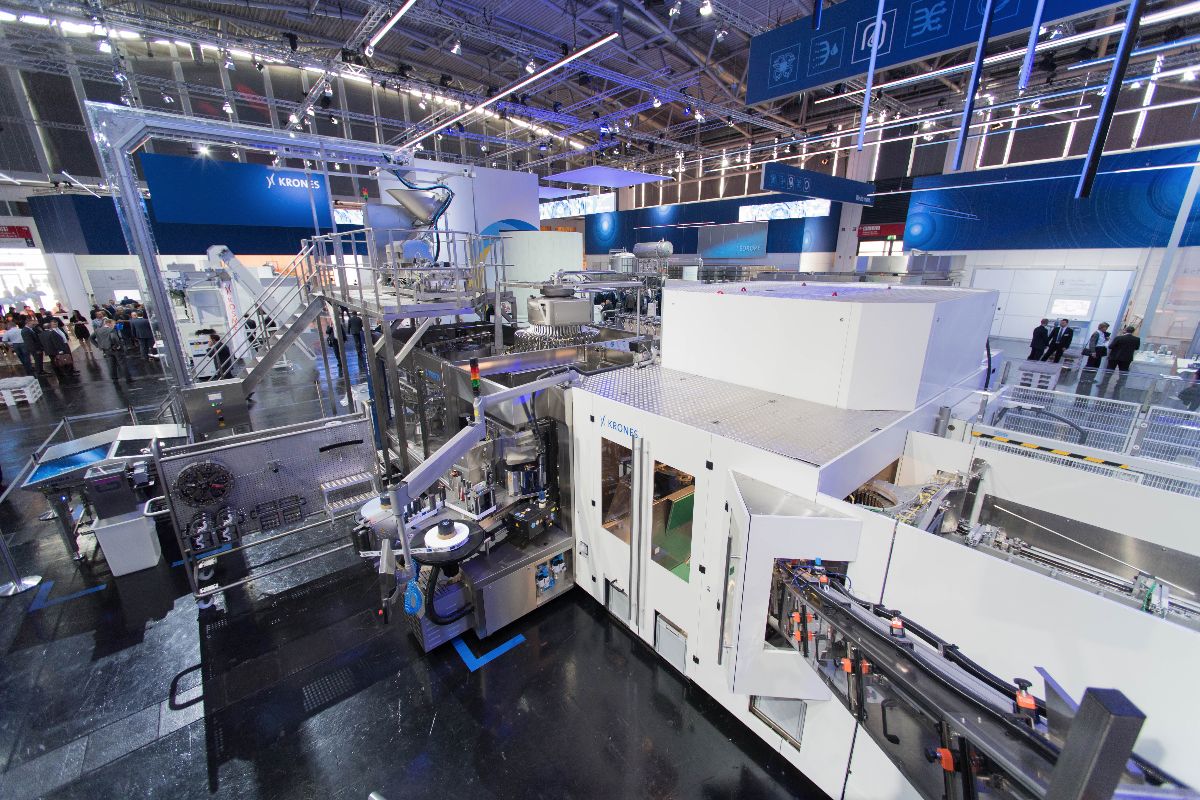