Industrial light and magic in the Krones hall

It’s pitch-dark when two cars drive onto the company premises. When four figures in dark clothing get out and begin to unload various bags, boxes and pieces of equipment, you might think something suspicious is going on. But there’s no need to worry – because the four of them are not there for any nefarious purposes, but to create pictures.

They call themselves the “amazinglighters”, and what they do is called light-painting – meaning compositions with light. Christian Hafner, Stefan Ettl and Johann Kräh started their creative adventures early this year, and are often assisted by Bettina Hottner. It all began when Christian and Stefan got to know each other at Krones. They quickly discovered they had a shared hobby – photography. And then it didn’t take long before they embarked on their first shared light-painting in the winter of 2013. Christian and Stefan were also the initiators of the nocturnal mission at Krones – after all, Christian has felt at home in the Neutraubling facility for 27 years now, and Stefan for 11. Johann and Bettina both work at St. Josef’s Hospital, and for them, too, photography is “just” a hobby. 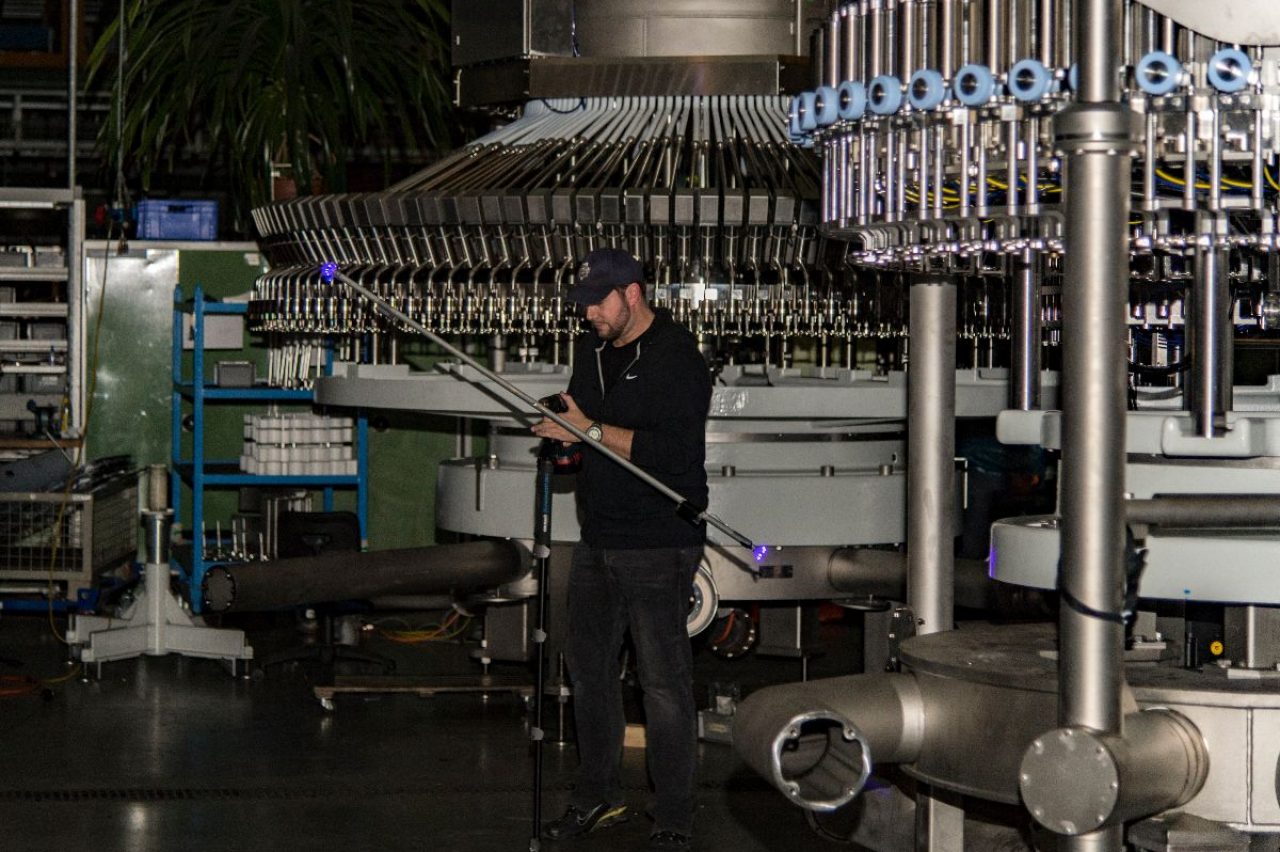 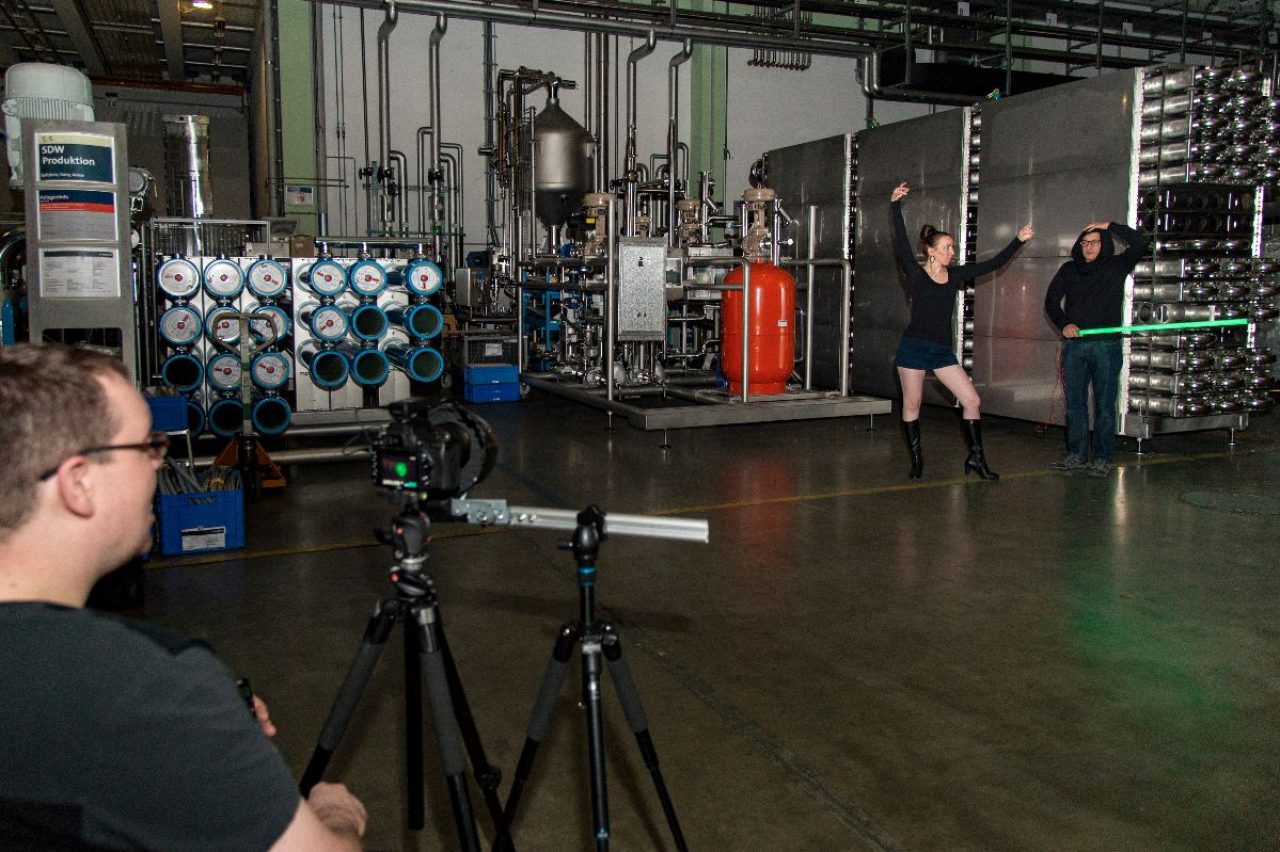 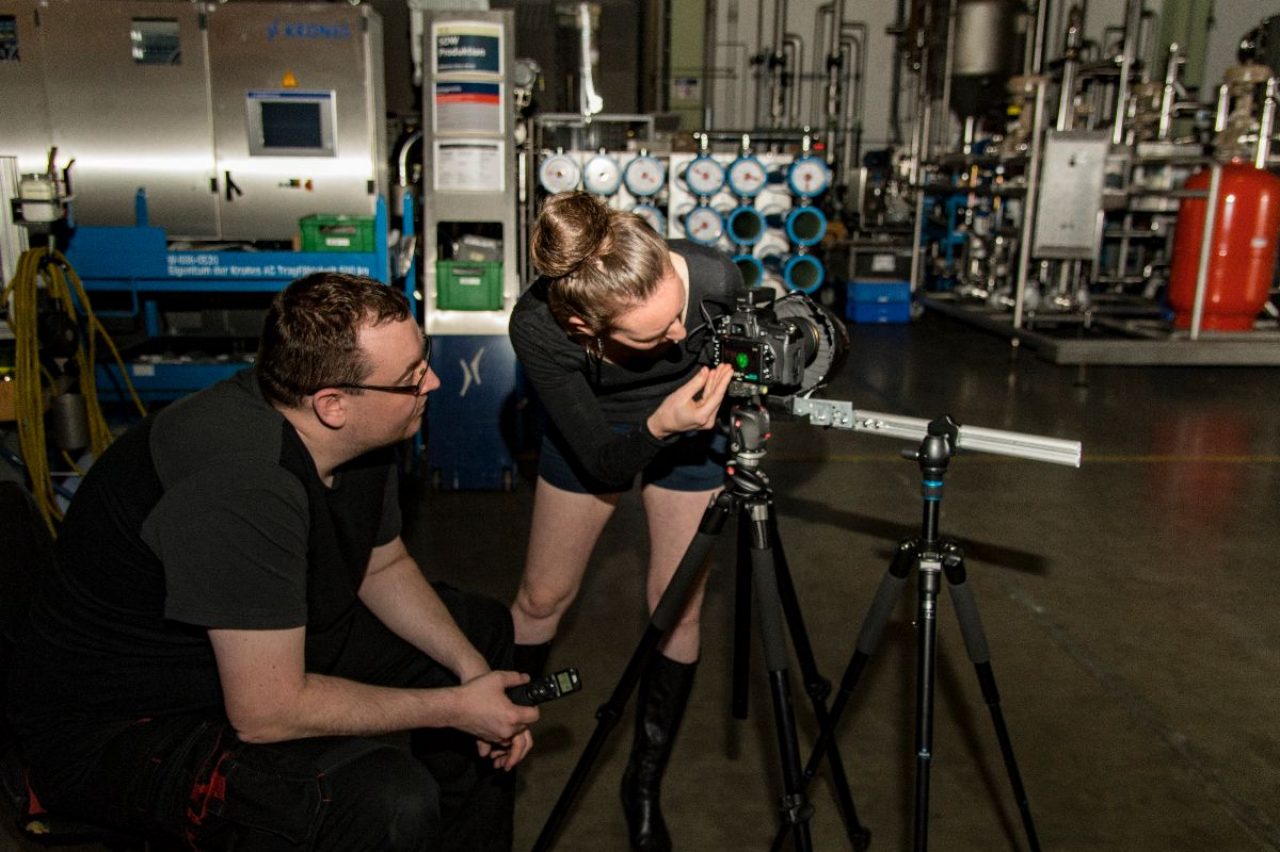 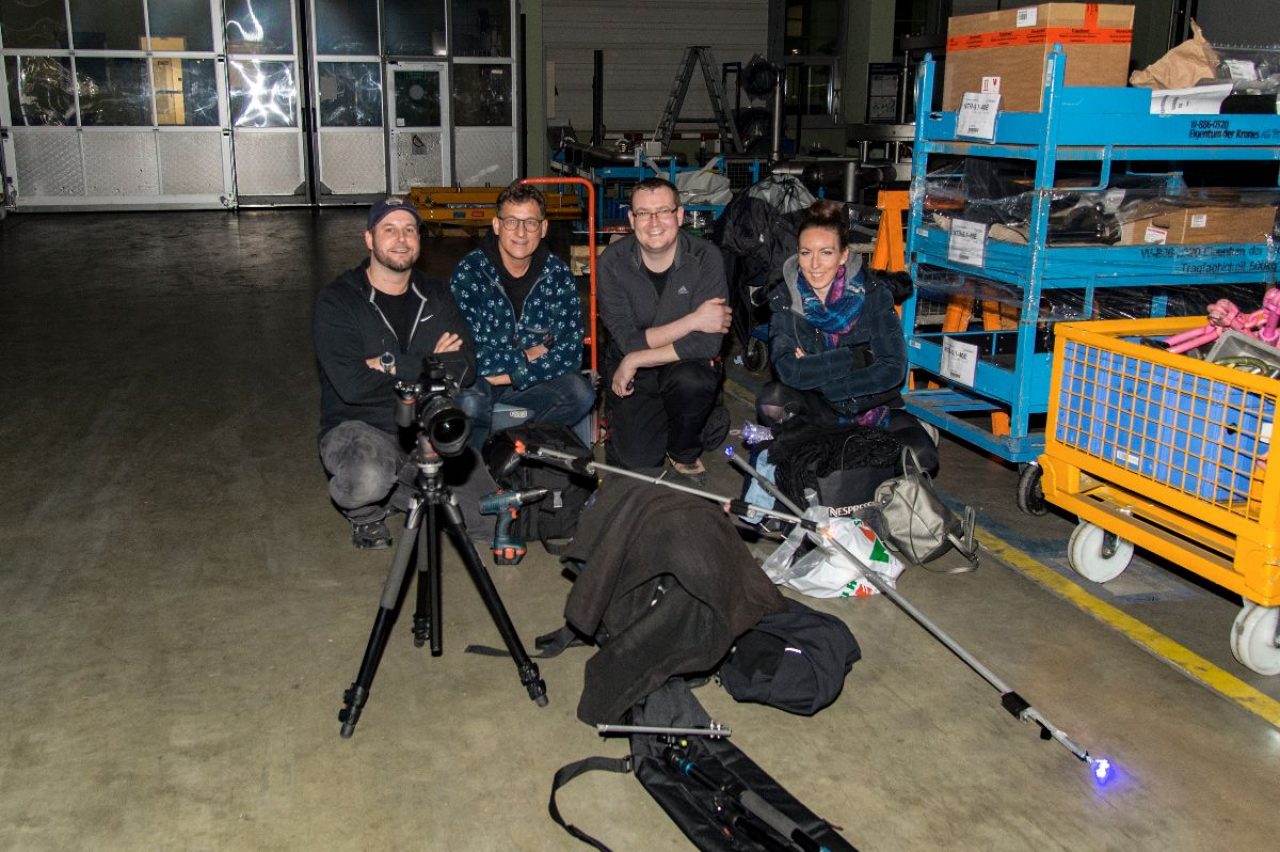 Though “hobby” sounds far more amateurish than what I saw last week on the company premises. Because over the past few years, the four of them have become better and better – as evidenced by the pictures. To quote Christian: “When we look at our first pictures today, it’s only now that we realise how much our capabilities and results have changed. Back then, there was still a lot we didn’t know, and did quite differently.” The basic principle, though, has not changed: using long exposure times, the amazinglighters “paint images” in the darkness with a variety of light sources. While they’re doing this, they repeatedly cover up the camera lens – enabling the dark-clad painter to reposition himself and add another light element to the picture. The focus, though, is not only on the circles, spirals and rays of light, but on the image as a whole.

Here, besides a suitable background, it’s also Bettina who comes into play, taking centre stage in lots of the pictures and standing completely still for impressively long periods in elegant poses – indubitably helped by her long years of experience as an ambitious salsa dancer. Till a perfect result is achieved, however, a few trial runs are needed, even teamwork and practice don’t help here. Nor does Photoshop, by the way: retouching is kept to a minimum – and adding some conventional painting is taboo. So when the lighting is spot on, the light-painter has got the timing right, and a truck hasn’t driven through the picture, the end-result can look like this: 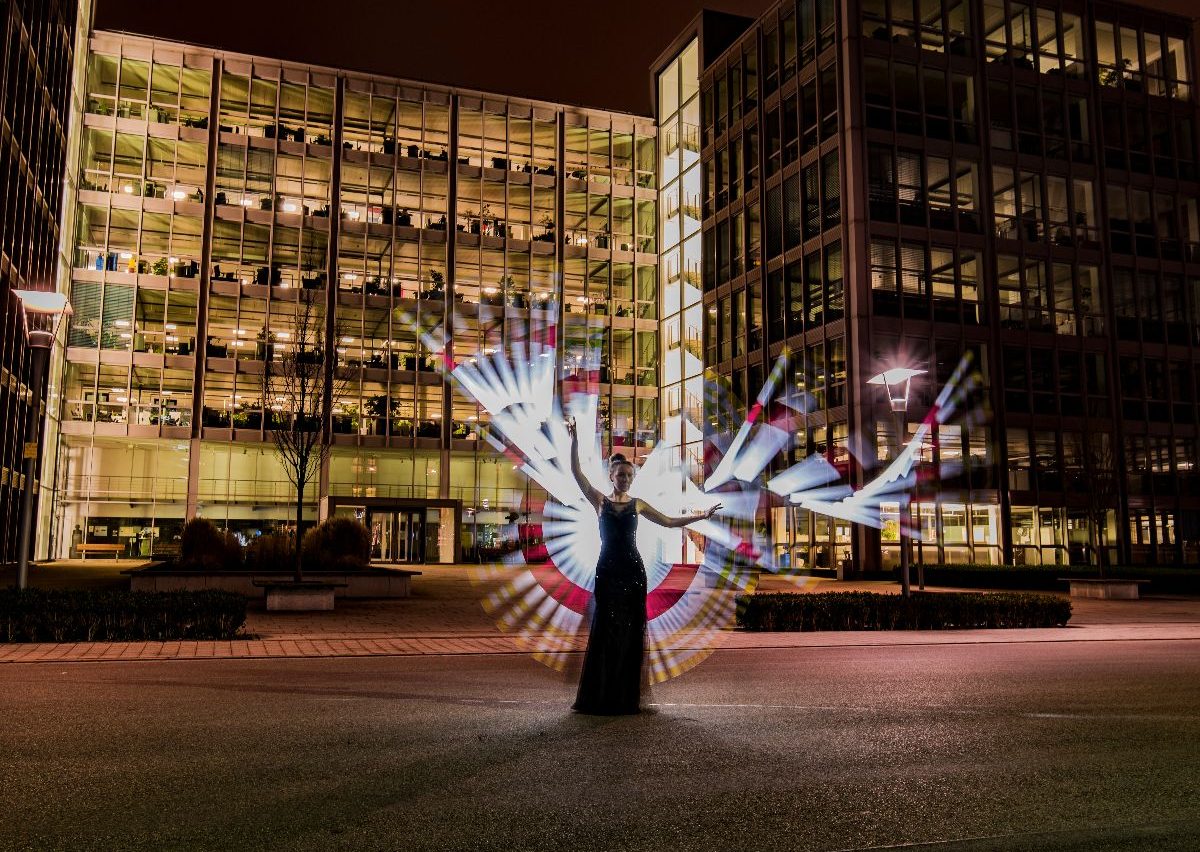 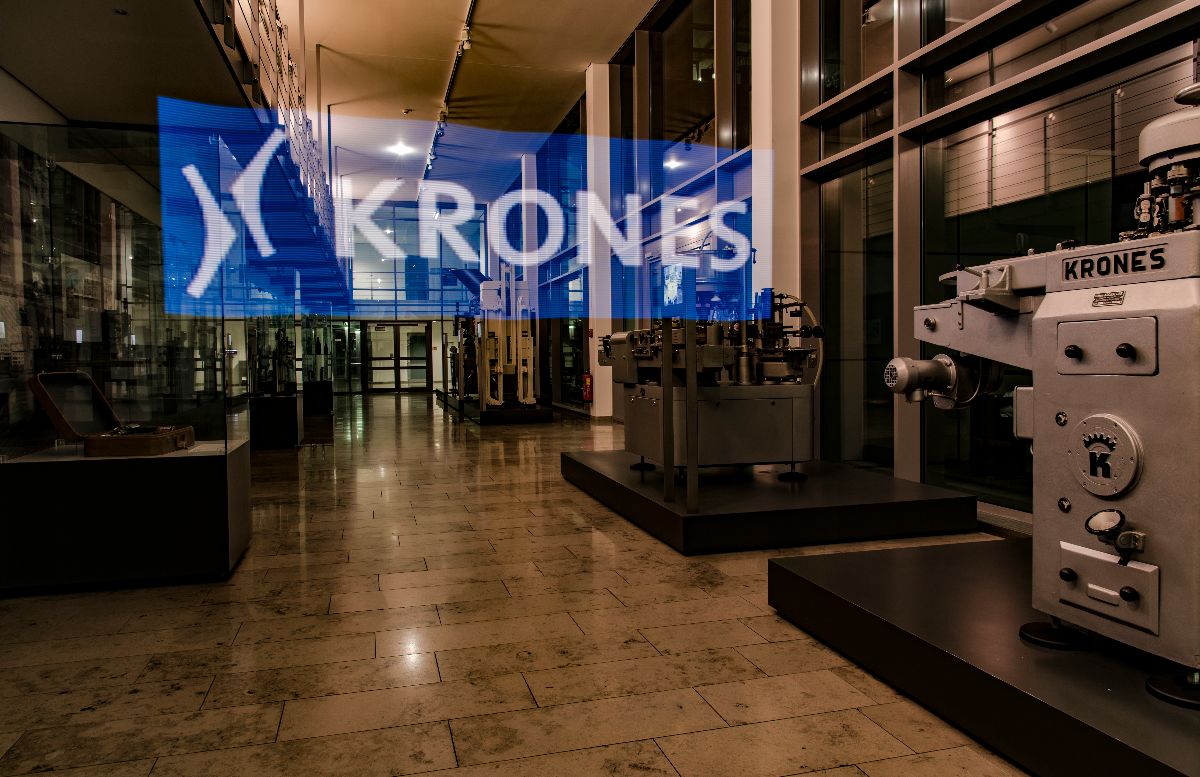 Commissioning engineer Christian and programmer Stefan, together with their light-painting colleagues, have also illuminated their workplace at Krones. And while they were creating the photos in front of fillers and heat exchangers, they were already hatching new plans and choosing new locations for the next photo-shoots. There’s no shortage at all of inspiration for future photos, since as Stefan puts it so succinctly: “We’ve got plenty of ideas, we just need the time to do justice to them.” 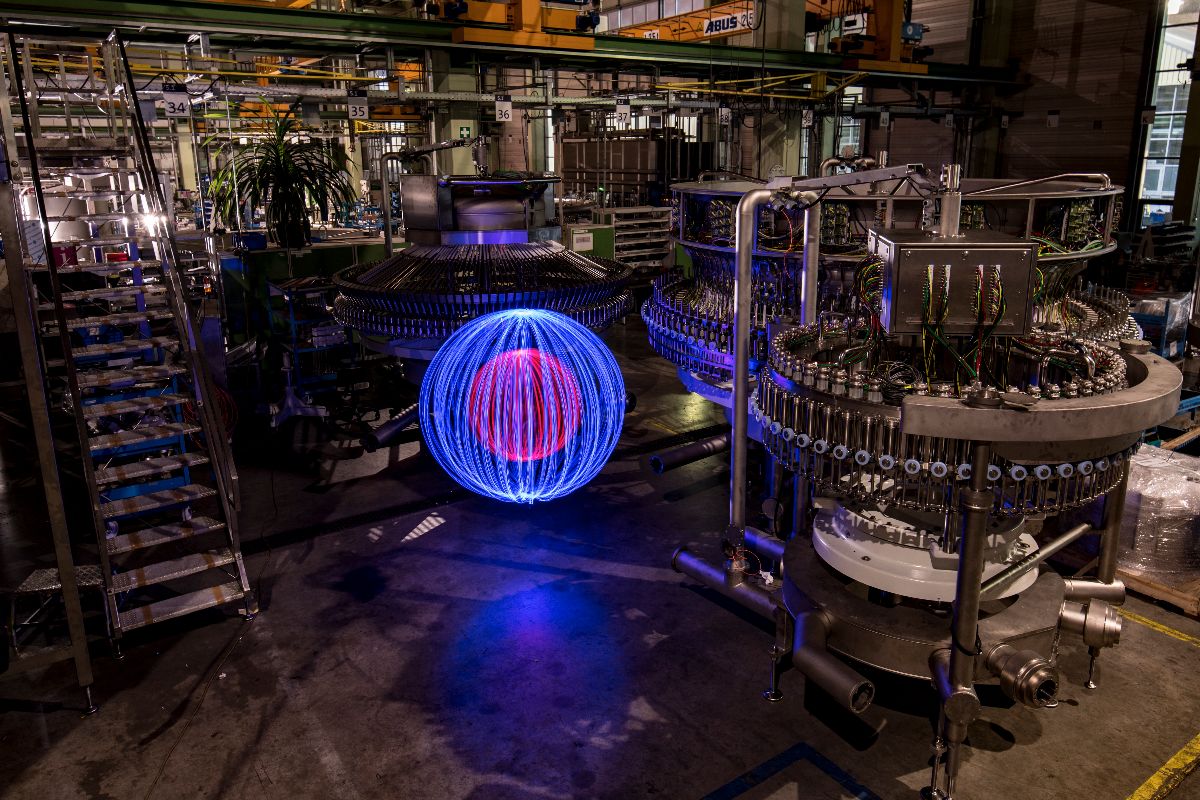 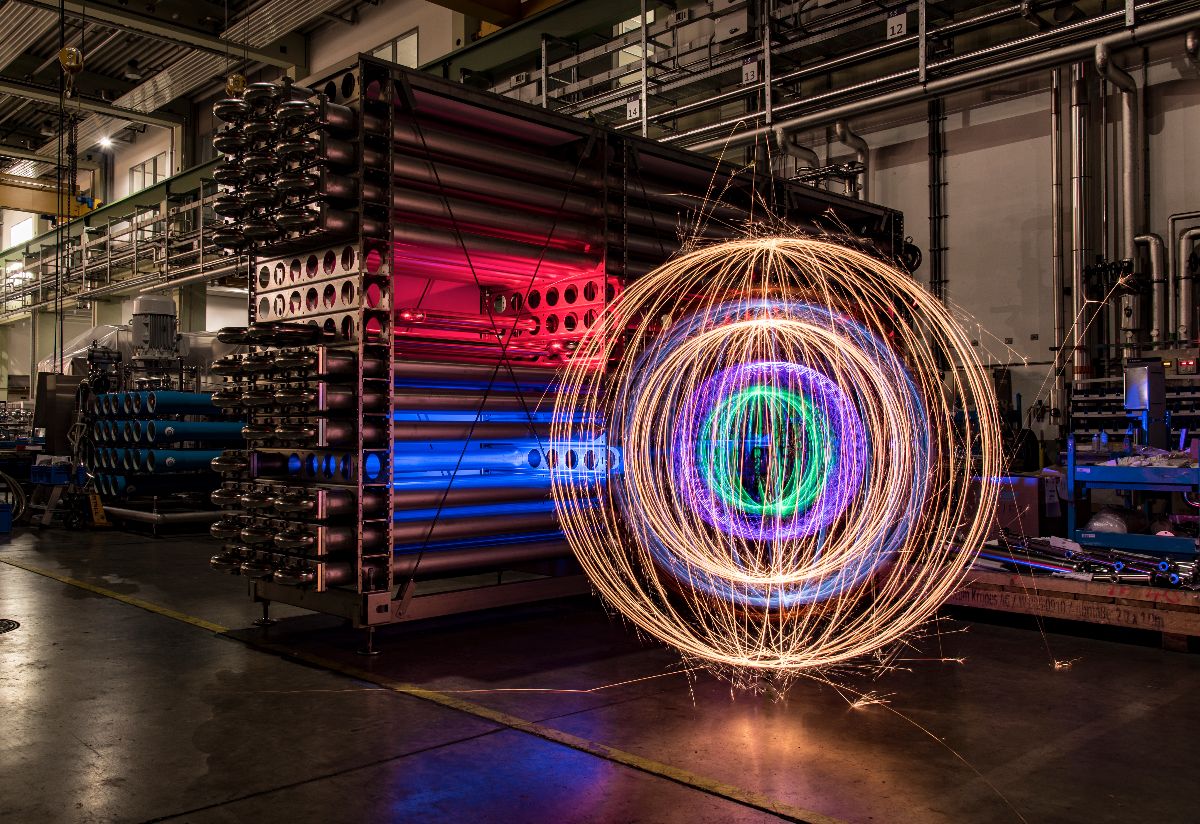 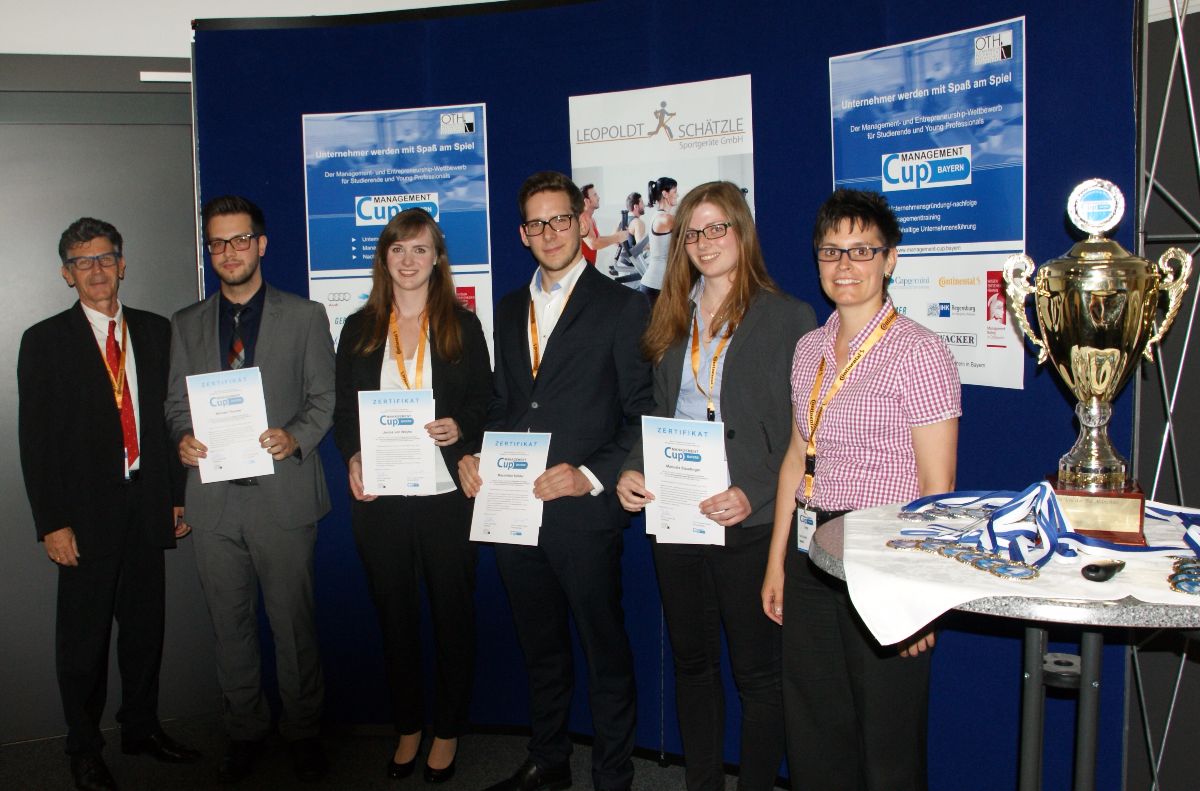 From the lecture hall to the CEO’s chair 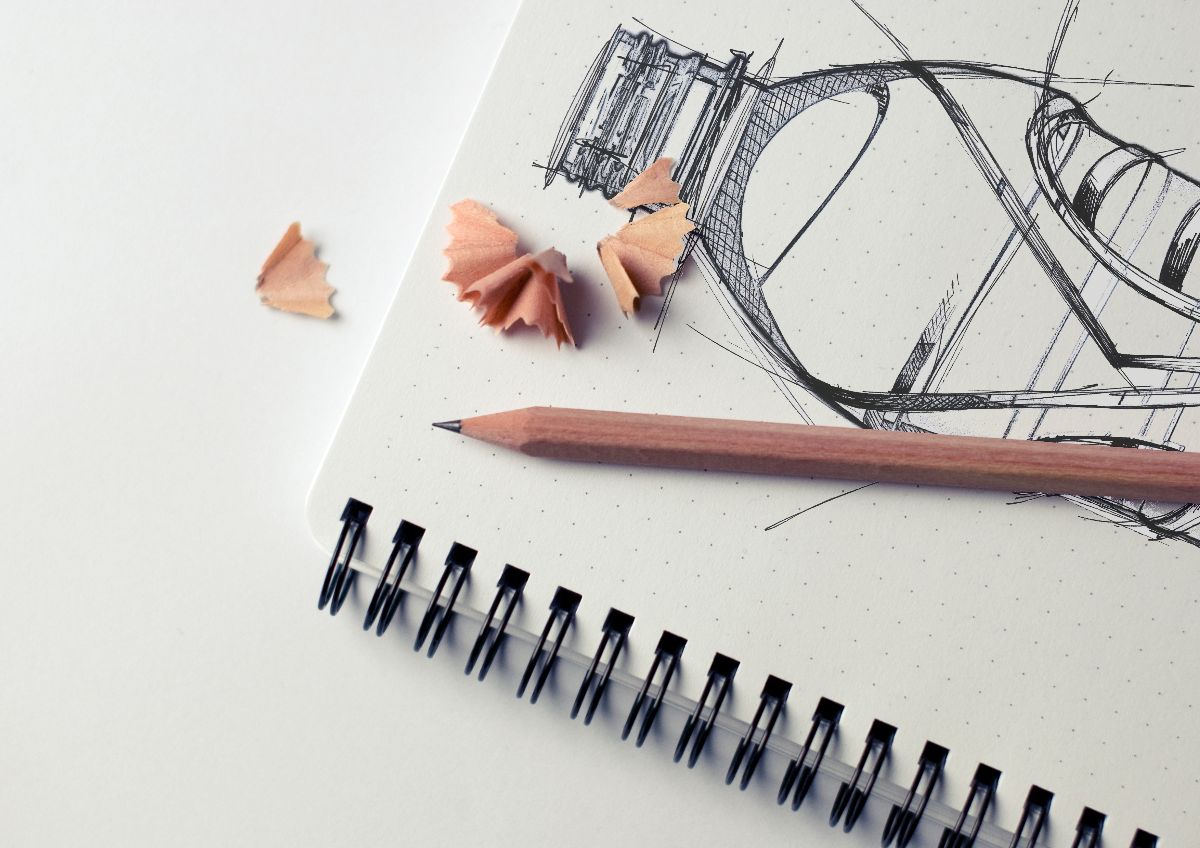 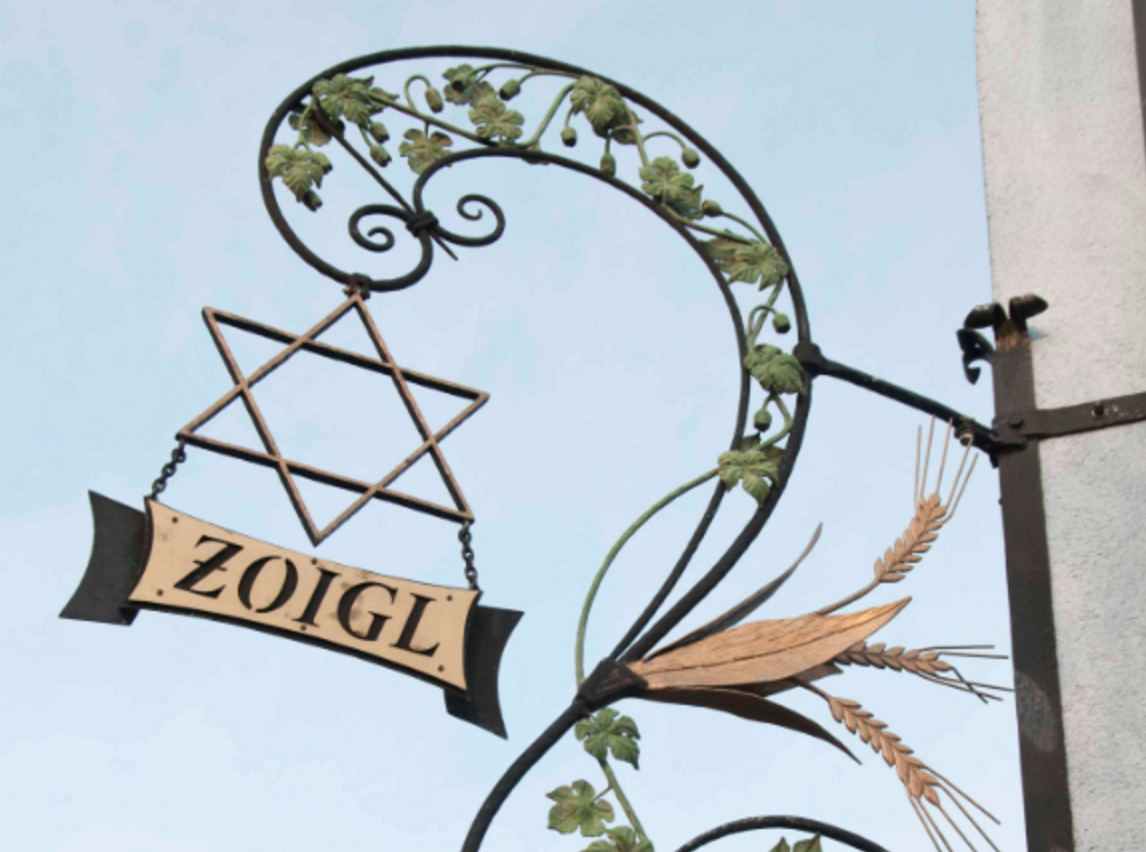 Zoigl beer in Windischeschenbach: A magic formula to bust a bad mood 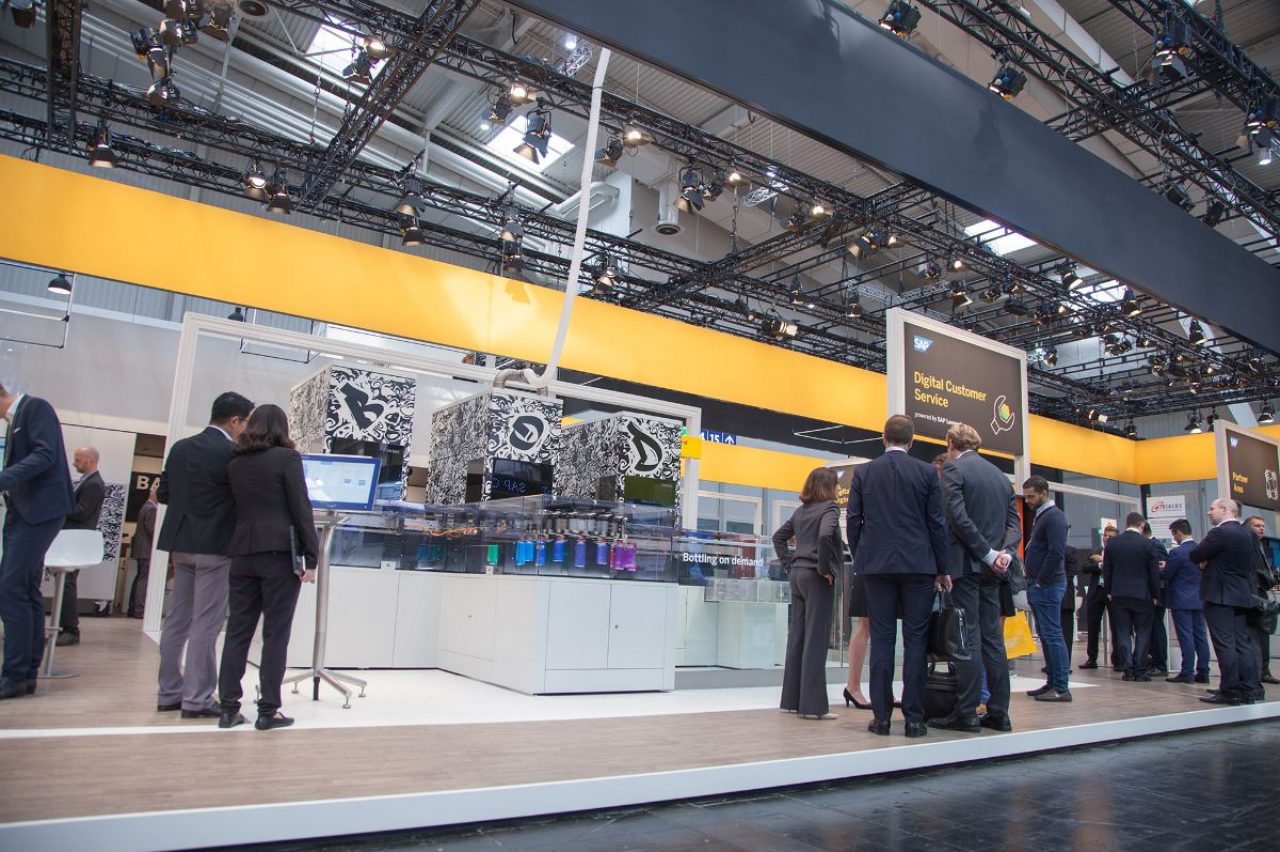