From a spontaneous idea to engineered reality

Wolfgang Huber, Divisional Manager Packing and Palletising Technology at Krones AG, has been involved in implementing the EvoLite concept from the initial idea, then the design phase and unveiling of the prototype two years ago, all the way through to its successful presentation right now at the drinktec.

Wolfgang Herr Huber, the EvoLite exhibit here at the fair is being veritably besieged. What’s been the response so far?
We’re exhibiting EvoLite in a monobloc configuration with the entire dry end, all the way through to the storage zone, so we can demonstrate the automated further handling provided for the LitePac packs. We’re seeing customers from all parts of the beverage industry, meaning soft-drink companies, brewery representatives, all the way through to spirits producers.
Precisely because we’re showcasing a line here that’s also in use at Coca Cola, we’re demonstrating that large corporations are taking this packaging solution on board and integrating it into their operations. And the EvoLite idea has thus become engineered reality.
Packaging is an ubiquitously topical issue. Where do most of the prospective purchasers come from?
We have been seeing breweries from Eastern Europe, plus a lot of very interested visitors from Central America and Asia, since the problem of waste incidence is a major one in these regions. And we have several answers for this: the system enables us to avoid refuse. Moreover, strapping is in itself a very affordable form of packaging and at the same time these economies in terms of packaging material volume reduce the environmental impact involved.
What’s the most surprising thing for you about the presentation of the EvoLite Bloc?
Initially, we had planned to show the system in action twice an hour, but interest is so high that meanwhile we’re starting the demonstration mode much more often. We want to give all visitors a chance to see live at the fair how the strapping profess functions.

What feedback are you getting from talking to the visitors?
First of all, the system has been introduced to the customers for 4- and 6-packs, and now there are suggestions that we shall have to rigorously follow up after the fair. These range from using the EvoLite concept as transport packaging pure and simple for shelf goods in the supermarket all the way through to examining bottles from the food sector that do not possess the corresponding contours. This most definitely means that we can also supply users from other sectors with this packaging solution, such as edible oil bottlers. 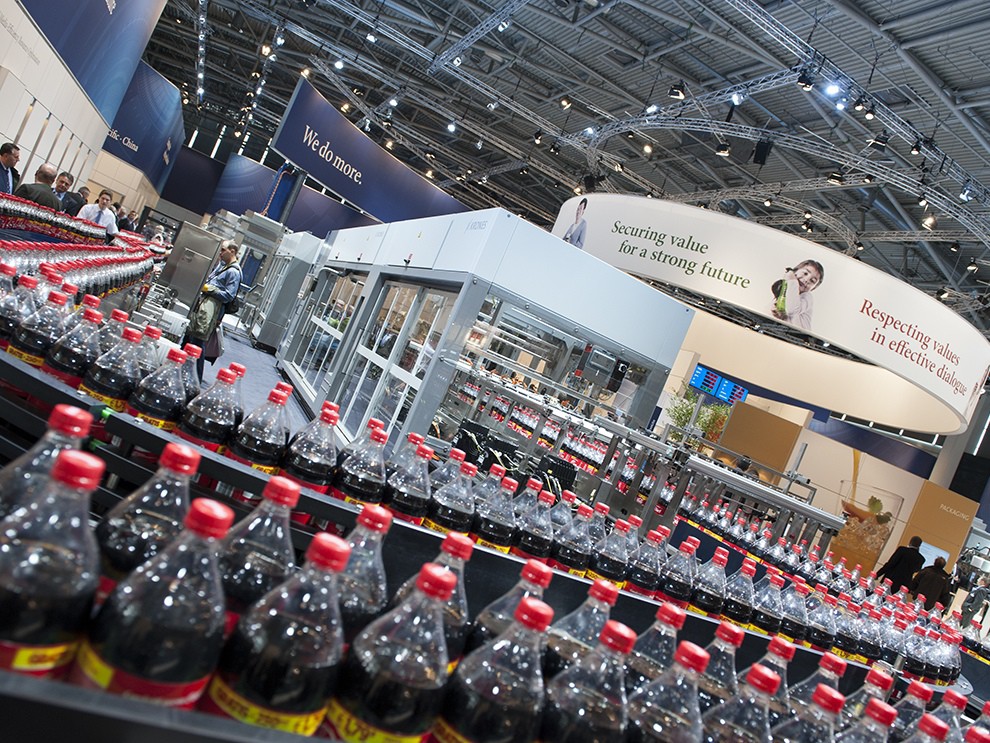 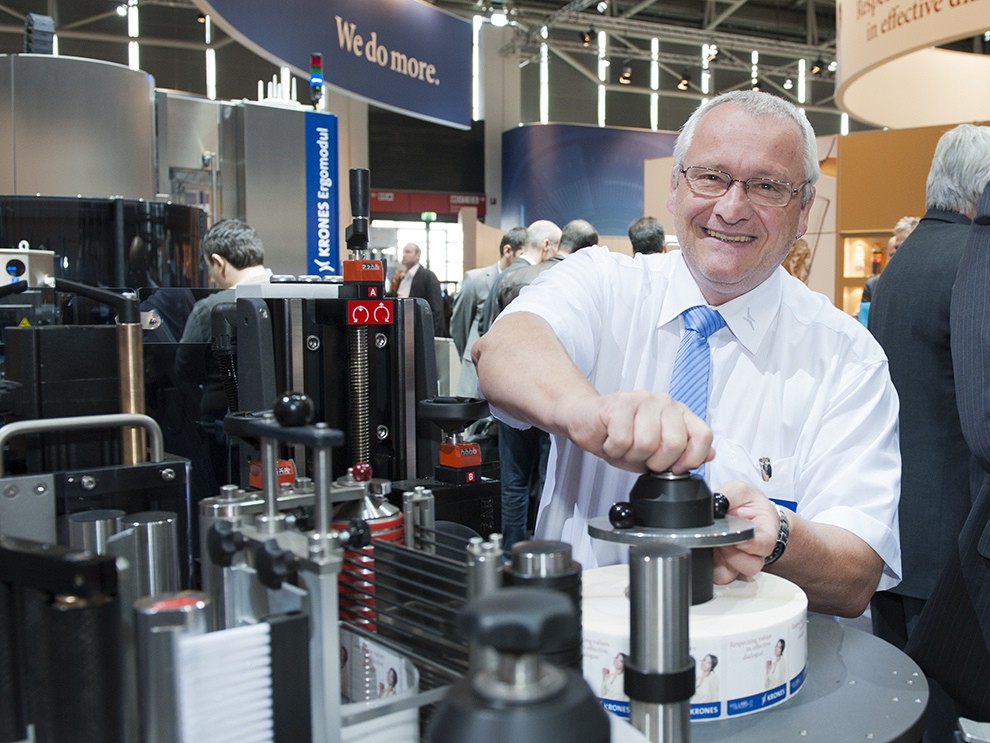