Creativity and systematised rigour combine to create a rapid prototype

They would seem to be mutually exclusive: the terms “creative” and “systematic”. But when in a creative workshop paper prototypes are enthusiastically fabricated and in less than four months an innovative gripper concept is produced, the symbioses would appear to have been successful.

Symbiosis is a good keyword in this context, since the development project for Maximilian Weinzierl’s bachelor thesis was based on harnessing the science of bionics, taking inspiration from Mother Nature. An approach that in the entrepreneurial environment still has rarity value in many places. And it’s here that the marriage        of creativity to a systematised approach already begins. Before their attention was turned to biology, though, Maximilian and his interdisciplinary project team had to develop a profound understanding of the fundamental problem: bottles are currently transported using rigid clamps that grasp the neck of the bottle. These clamps, however, fit only certain formats, which means that meanwhile there are more than 500 different variants in existence, which frequently have to be changed over in the machine. And this in a time during which clients are demanding more flexibility and more variational product ranges are being offered on the market.

Within the framework of the project, we utilised both methods from bionics and agile approaches: after the problem had been defined as described above, we proceeded to the brainstorming stage. This was supported by Design-Challenge and Creative Workshop, and constituted the foundations for the prototyping scheduled for later on in the project. Purposeful use of agile and bionic methodologies ensured right from the start that the focus directed on the problem as such did not impair the desired creativity.

Agile methodology was the project’s second salient feature after biological inspiration, and has already received a detailed description in another blog posting. “Bionic projects normally take up to ten years,” explains the business engineering student Maximilian – “we wanted to find out whether agile processes will enable a Proof of Concept to be achieved more quickly.” Together with his colleagues Katarina Maihöfner and Benedikt Schröpf, he systematically analysed phenomena at animals and plants. The team conducted numerous discussions with the co-opted biologist Kristina Wanieck from Deggendorf University of Applied Science and with from Research and Development and the operative specialist departments at Krones. Innumerable solutional approaches were explored, discussed, evaluated, documented and rejected – from octopus suckers and fish fins or origami muscles all the way through to grippers that imitate the approximately thousand fine hairs on a gecko’s feet.

Part of the agile approach was also to repeatedly present the ideas to outsiders, thus enabling feedback to be obtained and integrated at an early stage. During a visit to Krones’ own pilot plant, the project team was able to observe bottle handling on test machines. Finally, the first innovative prototypes had already been mounted on a robot.

But before this was accomplished, the detailed brainstorming phase was next on the list. Here, too, creativity was encouraged with purposeful methodology: during the project, the development engineers invited an interdisciplinary team of staff and managers to a creative workshop. The participants, from different departments, were first permitted to give free rein to their imagination as to how a container can be grasped at Point A and deposited again at Point B. In the second step, the facilitator deliberately supplied abundant food for thought, and showed pictures and mechanisms from the world of biology. The participants selected the best ideas, so as to progress them in teams. Ultimately, sensitive motor skills were needed as well as mental ingenuity, since the first simple prototypes were to be made of paper, using scissors, glue and all sorts of material. Experience gained from disparate disciplines and divisions helped to put the ideas into presentable form in just one short day. The results are at any rate rather impressive: 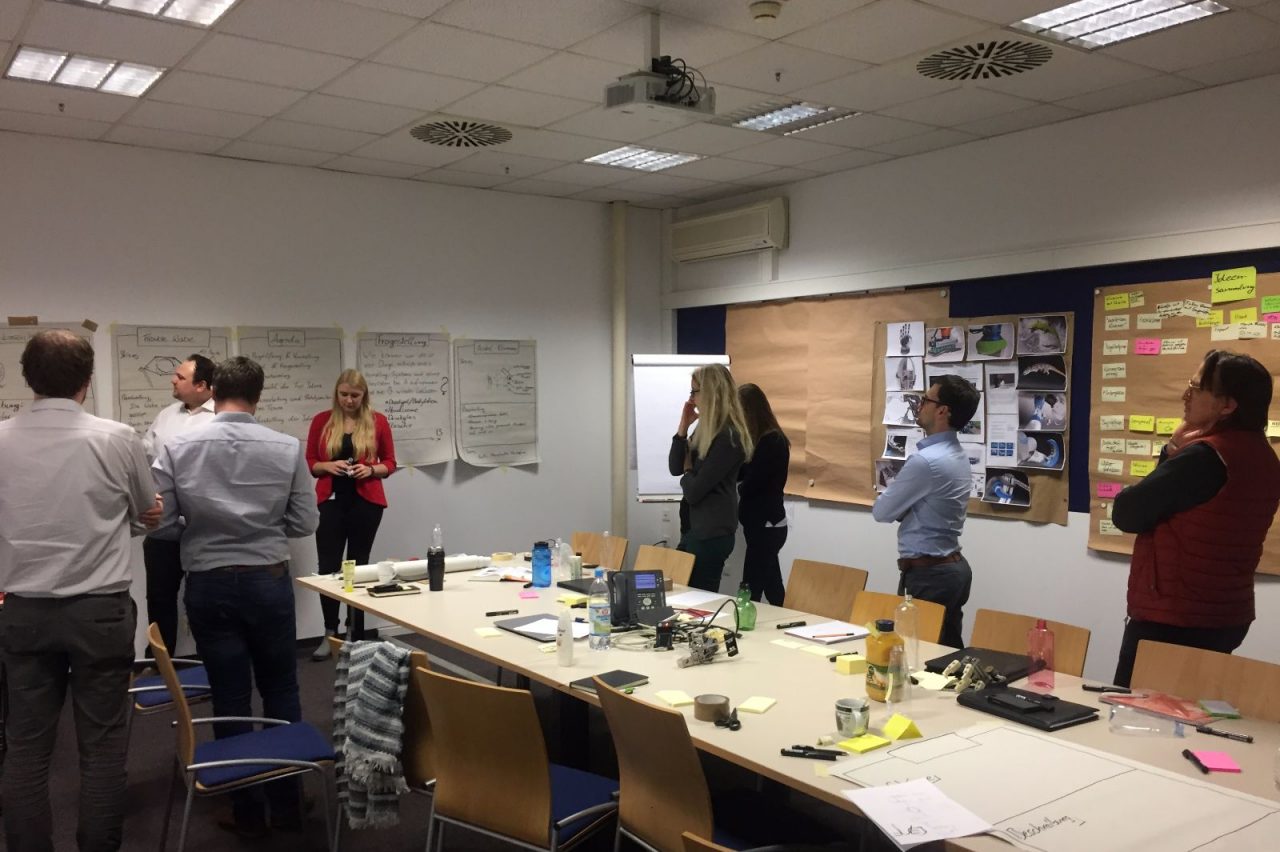 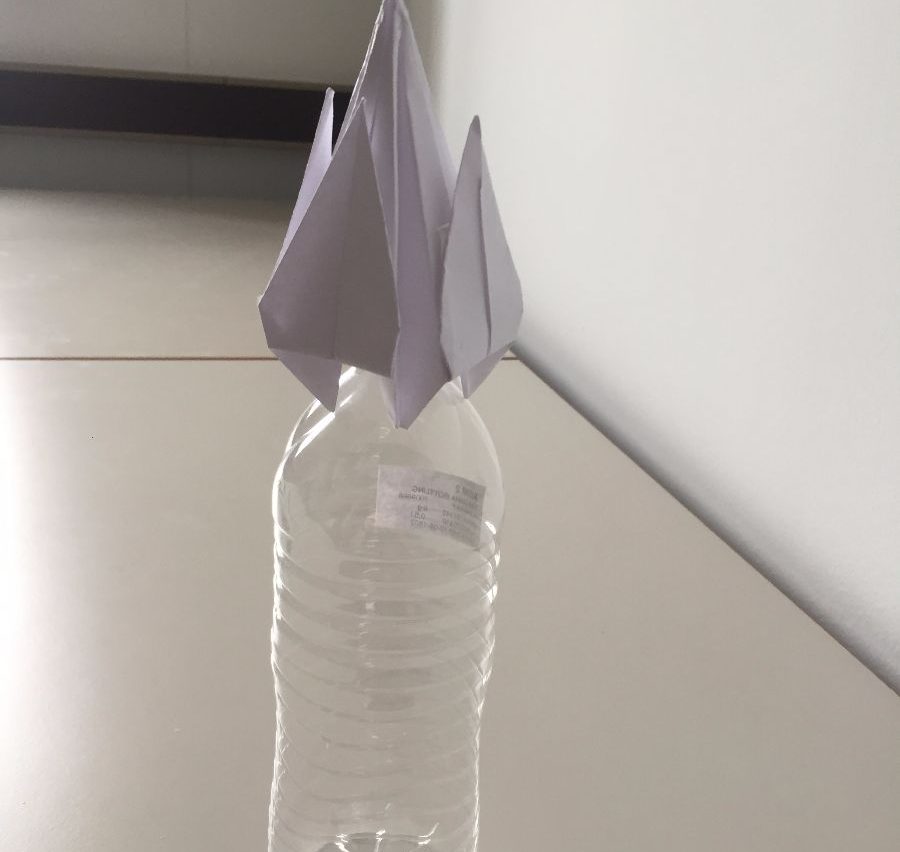 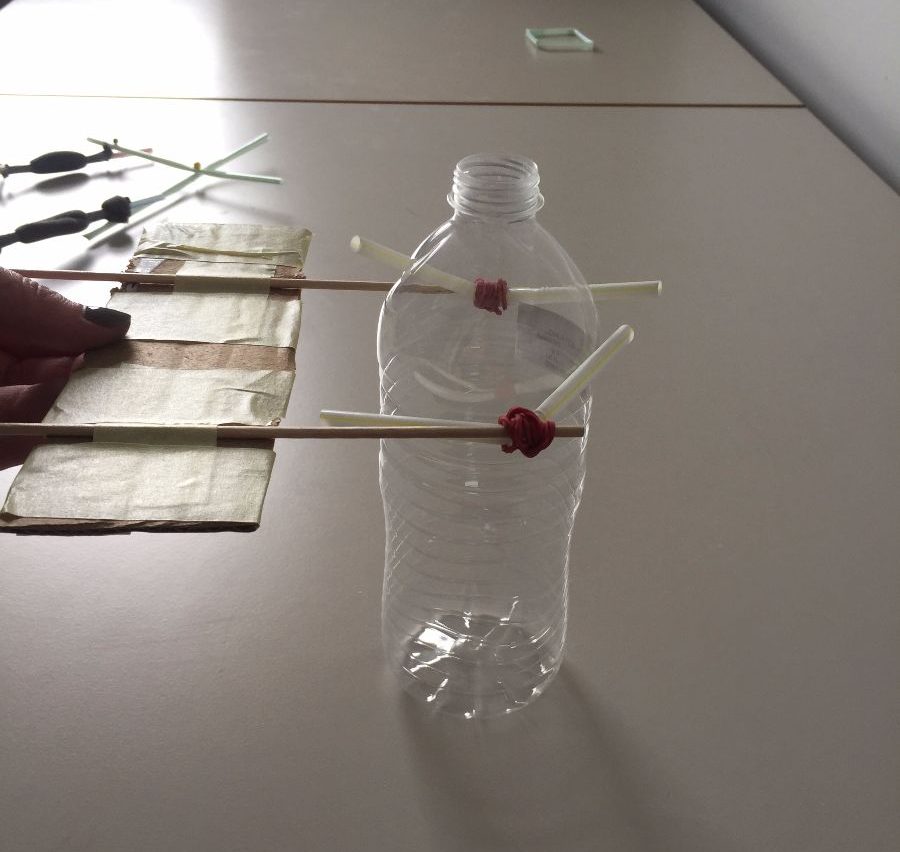 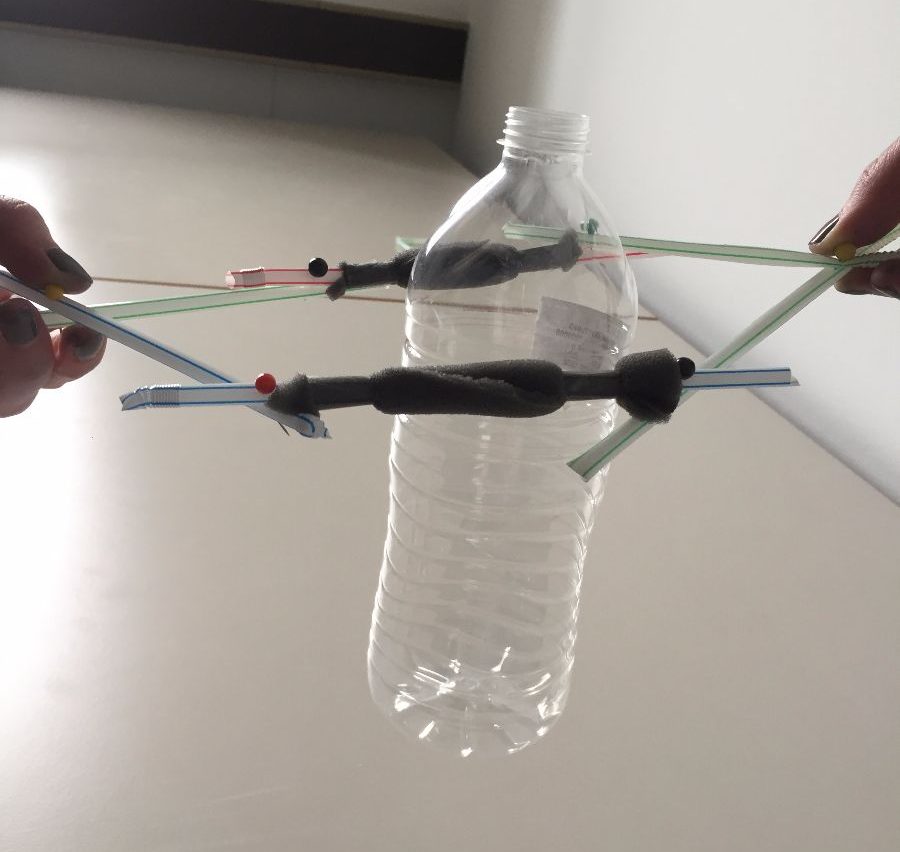 In a subsequent design challenge, the project team attempted to firm up the approaches involved: the focus emerging was on the fish-fin effect. With their tailfins comprising longitudinal rays and connective tissue between them, bony fishes can form a kind of scoop, enabling them to enclose a volume of water and expel it behind them. The idea was to adapt the capability for adjusting to an different shapes for flexible grasping of bottle necks..

The 4-box methodology, which views the problem description in terms of its environment, function, specification and performance, delivered positive results And the T-chart, a comparison of biology with technical solutions, suggested meaningful analogies.

With this positive feedback on board, Maximilian set about developing the initial prototypes on the basis of the fish-fin effect. “After the first rudimentary attempts using paper models proved successful, I became a sort of ever-present at our 3D printers,” grins Maximilian. In the Solid Edge design programme, numerous models were created, which were step by step printed, tested, and improved. In July, at the “InnoDays” in-house innovation fair, the big moment arrived: on the stand of the R&D Emerging Technologies Department, the bionic gripper was seen for the first time in continuous operation. Mounted on a robot arm and supplied with compressed air, it ensured that beverages were dependably filled for visitors.

Thanks to the use of agile methods, it took only 14 weeks from defining the problem to achieving a usable prototype. The end-result was an innovative new approach for flexible bottle handling. The agility factor is primarily important because convincing ideas do not in themselves suffice for the innovations being ubiquitously demanded. „

“Besides creativity, the company also has to succeed in launching the innovations on the market quickly. And that’s becoming progressively more important – after all, we’re looking at ever-shorter product life-cycles,” warns Maximilian. So his project will assuredly not be the last to reconcile the seemingly antithetical attributes of creativity and systematisation by means of agile project management. 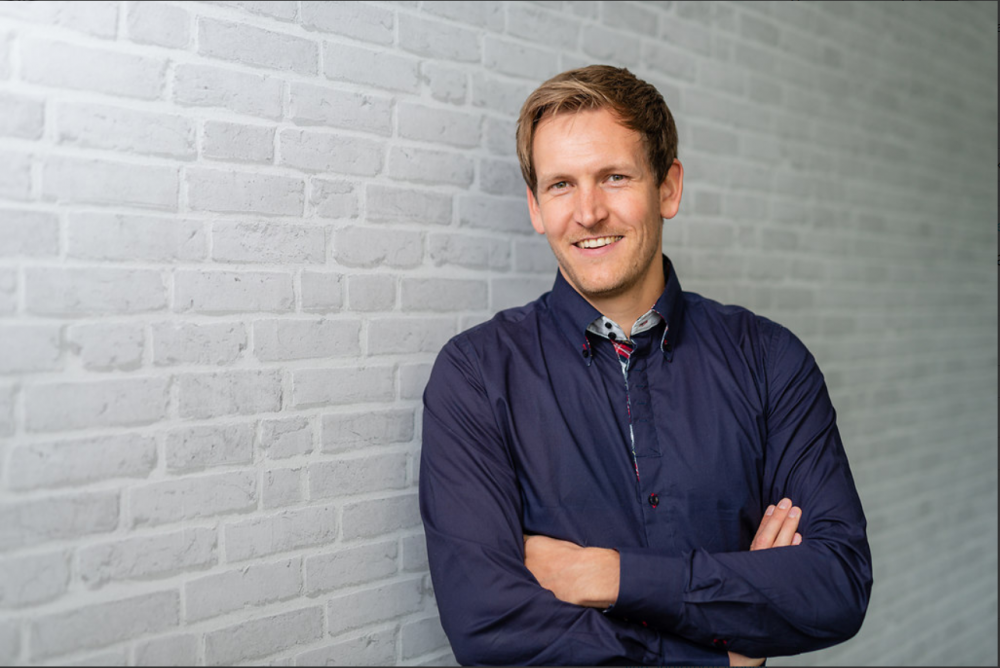 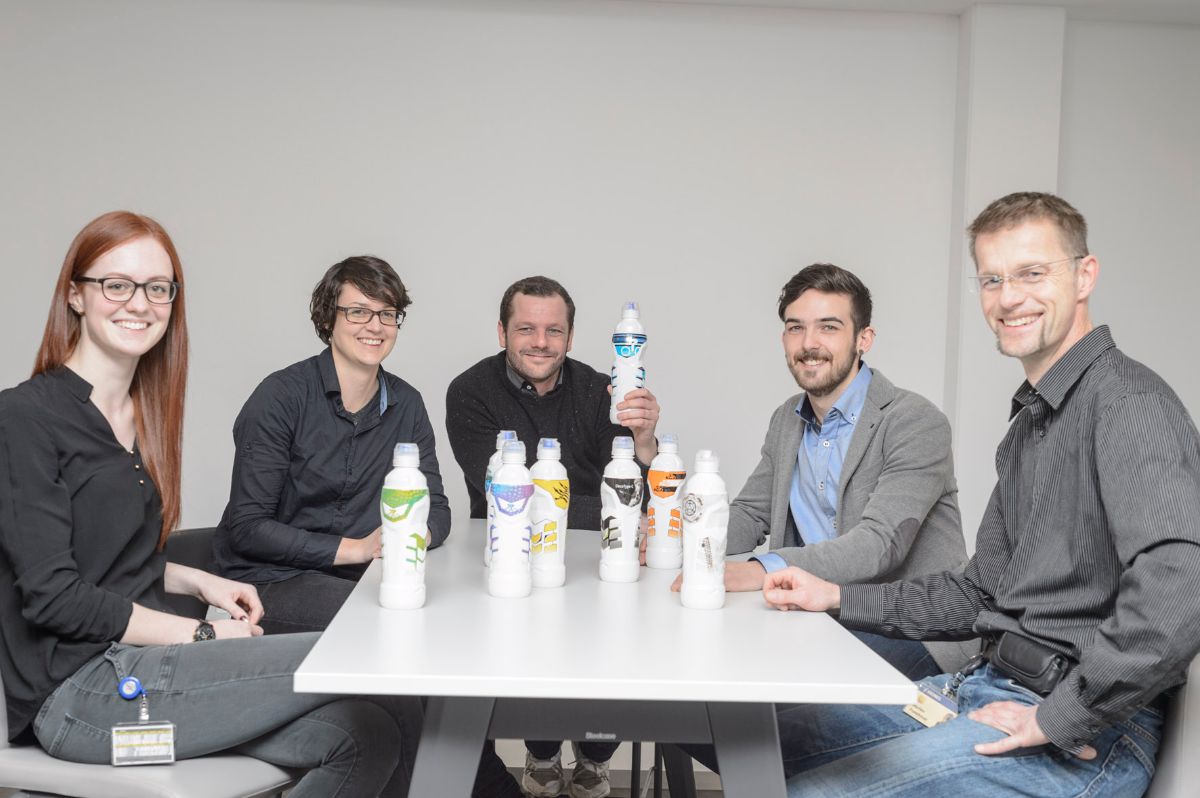 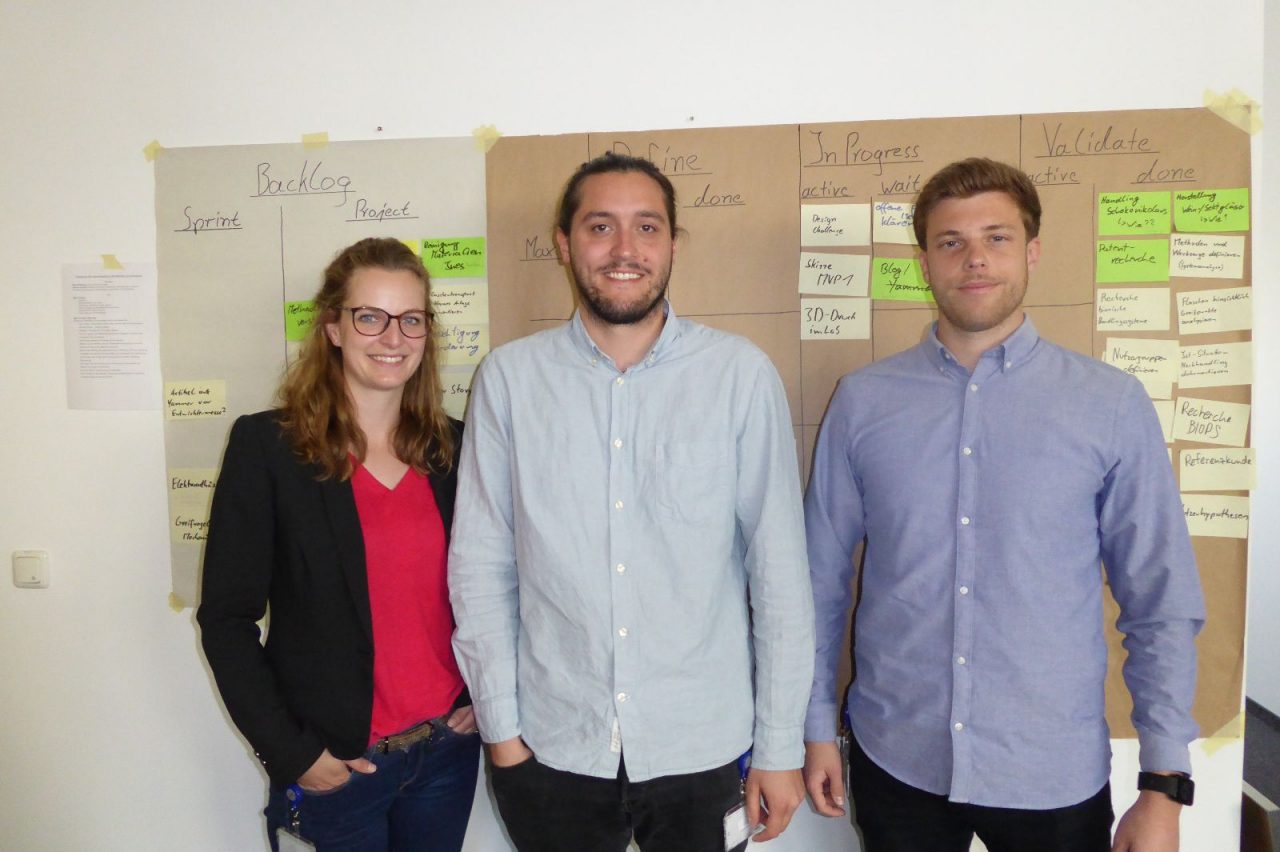 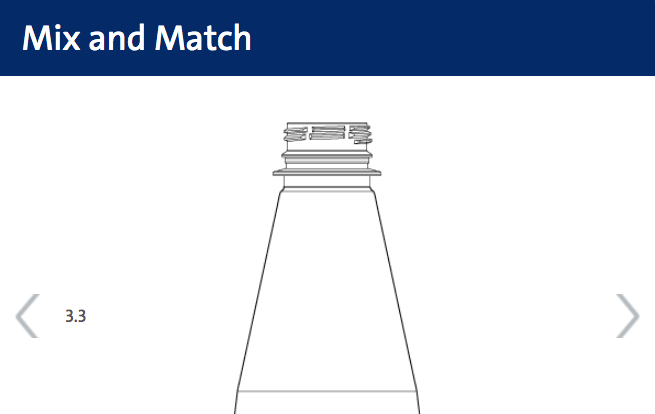 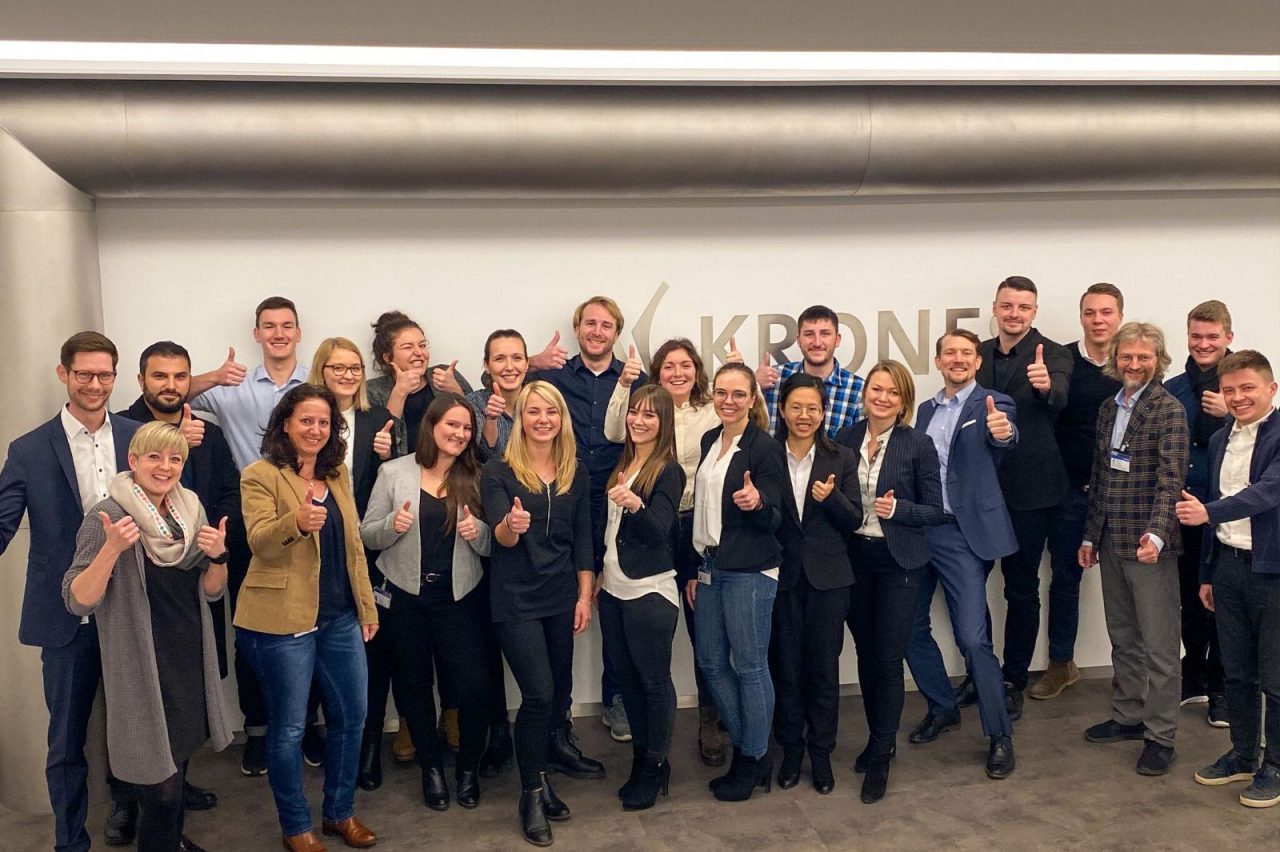