Plastics need not necessarily become an environmental problem. When used correctly, they can even contribute to its solution. For when calculated over the entire life cycle, their ecological footprint is considerably smaller than one might think – especially compared to other materials.

Two of the greatest advantages of plastic packages are: They can be produced energy-efficiently and consume far smaller quantities of material. A 0.5 litre glass bottle weighs an average of 170 grammes. In contrast, a non-returnable PET container with the same capacity weighs just 20 grammes – and is therefore 88 percent lighter.

Many units per lorry

The low weight of plastic containers also has a positive effect on the ecological balance of their shipping logistics. For the lighter a product is, the lower the fuel consumption is and the lower the related CO2 emissions are during its transport. The fact that non-returnable PET bottles are only formed to packs with film or strapping, amplifies this effect even more. For on the one hand, this eliminates the weight of the relatively heavy returnable crates. And on the other hand, they can be stacked on and next to each other virtually without empty space. Therefore, approximately six hectolitres of liquid find space on a Euro pallet loaded with 0.5 litre non-returnable PET bottles. In contrast, half-litre bottles in returnable crates only add up to four hectolitres per pallet – and as a result require a corresponding larger number of lorries for the same transport quantity.

Fewer lorries for the next life

The difference is even greater when one life cycle ends and a new one begins: For packages like glass bottles or cartons retain the same shape over each life phase – and therefore also result in the same transport costs every time. On the other hand, after being returned, non-returnable PET bottles can then be compressed to bales, recycled to flakes or pellets and finally transported back to the filler as preforms. They then do not reach their final size until they are back in the filling line on site. 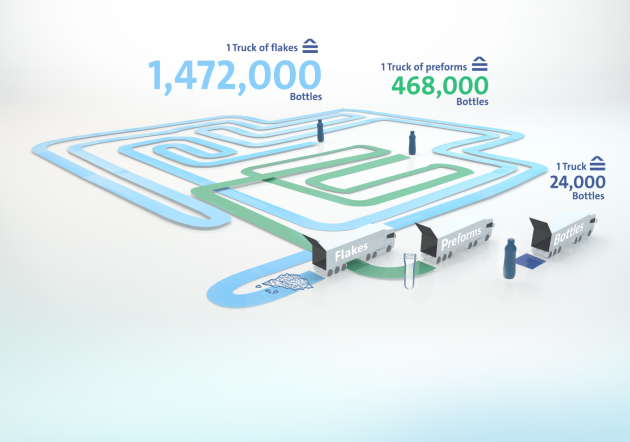 Conclusion: Which package is now the most sustainable?

The question cannot be answered in general terms. As so often, it depends on the specific application and its basic conditions. However, it is certain that the life cycle of plastic non-returnable bottles can be structured to be sustainable. Seen from a global standpoint, the costs are even lower than with returnable containers. That’s because for the latter, a complex infrastructure is required that must be completely set up again in many countries – and that’s very difficult to achieve, especially for structurally weakly developed regions with a high population density. The point of view often particularly taken in Germany that returnable glass bottles always perform better ecologically than non-returnable PET, is outdated, as Benedikt Kauertz of the ifeu Institute points out. The reason: This argument originates from a time before the introduction of the bottle deposit for non-returnable PET containers. Thanks to the meanwhile high return rate of approximately 97 percent and the subsequent material or energetic recycling, the situation has, however, changed substantially. This proves to be especially impressive in Switzerland: Their circulation system functions so efficiently that the Swiss Federal Office of the Environment meanwhile even advises its citizens to decide on non-returnable PET bottles for ecological reasons.

Killing two birds with one stone

Recycling systems for plastics have a throughput many times higher than that of the bottle washers required for a returnable system. As they convert waste into new products, they can also make a considerable contribution to eliminating the existing waste problem. And when consistently thought through to the end, a circulation system for non-returnable plastics could even be handled completely regionally with low transport costs. For with Krones technology all process steps – from bottle production to filling to recycling – can be realised at one location.

For now we are giving the topic environment a little break. In the next fact check, we will shed light on the health aspects of PET. 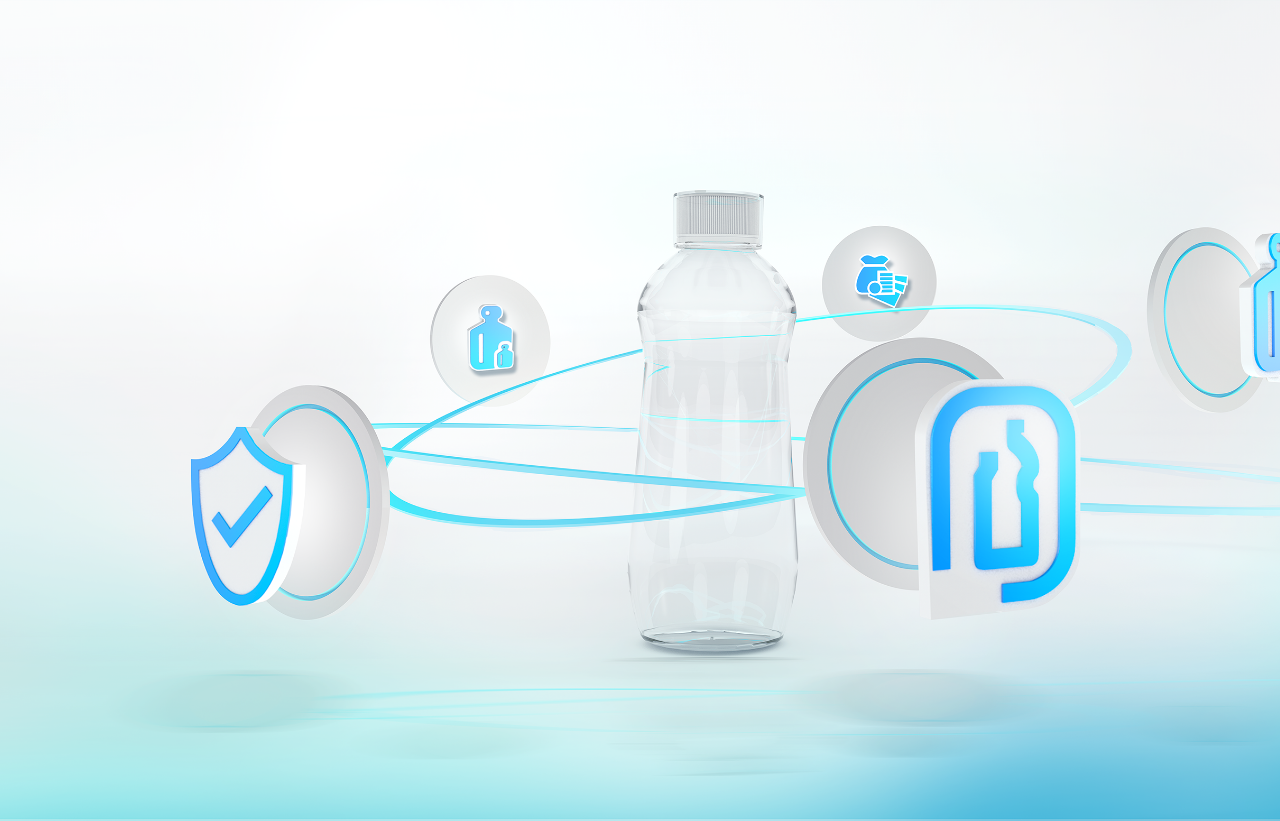 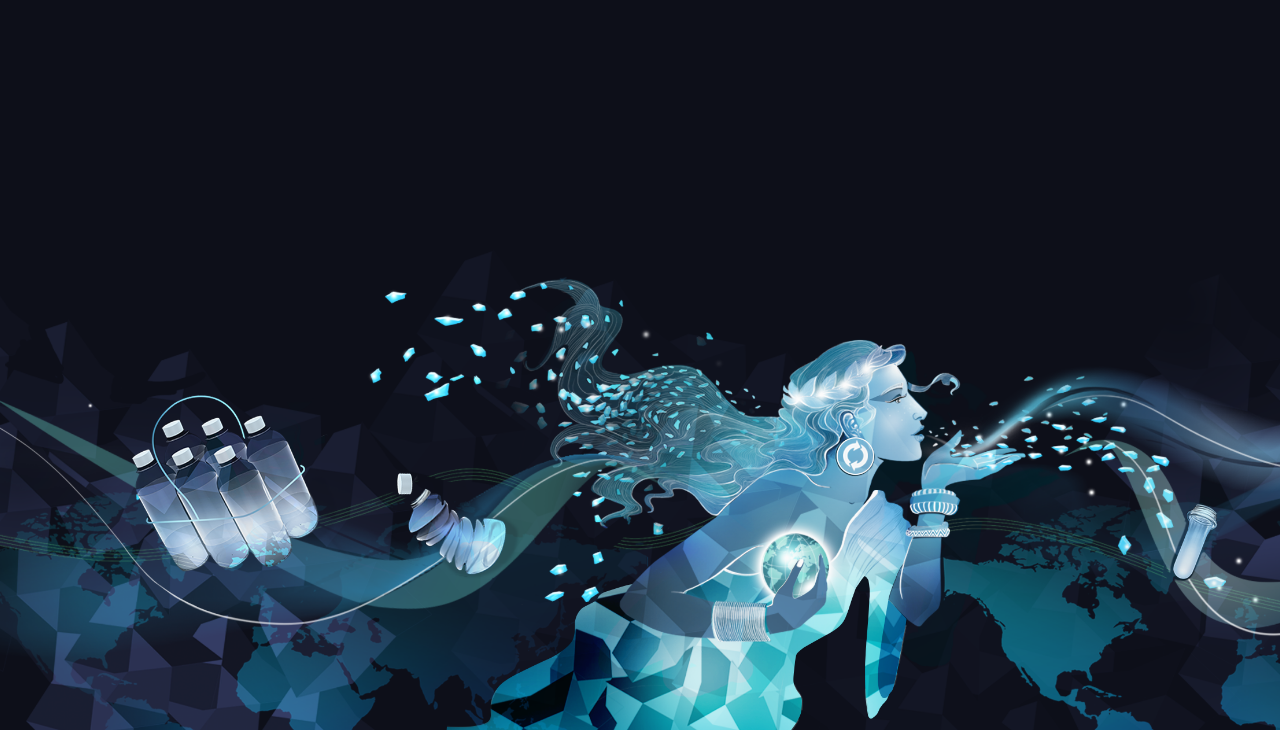 Fact check: the pros and cons of plastics

Fact check No. 3: the complicated matter of bio plastics