Discovering Krones with an expert

In the first few weeks of my internship at Krones, I and approximately twenty other interns were privileged to take part in a guided tour of the premises in Neutraubling. In the person of Udo Weusthoff, we had a nice and competent guide who explained to us “greenhorns” everything worth knowing about the Krones Group, the Neutraubling facility, the machines produced, etc. in a vividly illuminating and interesting commentary. Following long decades of working for Krones AG, he has meanwhile taken a well-earned retirement but is still in contact with the group and his former colleagues – as a committed guide leading people through the premises. This kindled my curiosity, and so I picked his brains for some more information about his present job, his former job, about guided tours, and a lot more …

What was your remit at Krones before you took over the guided tours after retirement?

I joined Krones in 1990 and helped to set up the “Line Projects” Department. For seven years, I was involved in many technical projects. In 2007, I was then given a new remit, that of an Area Sales Manager for Scandinavia (Krones Nordic) and the UK and Ireland (Krones UK).

How long have you been working for Krones AG?

Full-time, it was almost 24 years. From August 2013, I took passive part-time retirement, and was thus still working for Krones until my retirement in November 2015.

Have there been a lot of changes in recent years?

Yes, I most certainly think that as far as internal procedures at Krones are concerned, especially, there have been a great many changes – in every respect. This is, of course, connected with changes in the Executive Board, management style, and with numerous other components. I’m saying this now without any positive or negative value judgement. I think everyone can agree here that such a process of transformational evolution is in fact quite natural and somehow logical as well. A company thrives on changes, not least those in the technical field. Take the machines, for instance: their number increases steadily, their mechanics and electronics are altered and upgraded, both in-house assembly and installations on site at the customers’ premises are undergoing perpetual change, as are the procedural routines involved.

But in the sales operation, too, there have been numerous new features and transformations. Without going too far into details here, I quite spontaneously think of the new methodology for quotation and order processing using SAP software. No doubt about it: the wind of change is blowing in the fields of administration as well.

How long have these guided tours been on offer?

About six years for staff and their relatives.

How often do you host guided tours?

I can’t give you a general figure on that. I myself don’t have a fixed number of assignments – with the exception of the monthly guided tour for the staff, which for me takes place twice a year and where in the final analysis all five guides are deployed. The normal way of organising that is to first of all draw up a visitor plan over say six to eight weeks. Visitor inquiries are usually handled by HR (Human Resources) or CC (Corporate Communications). Before my dates for the guided tours are finalised, CC will reconcile them with my appointment diary.

Did it take a lot of persuasion to make you accept the proposal for your new activity?

A clear “No” is the answer to that one. Firstly, I like machines, and the spatial environment suits me as well. And secondly, I like interfacing with people, something of vital importance for an “ex-salesperson”. I genuinely enjoy getting messages across to people in fields where I know what I’m talking about and where I myself am also an interested enthusiast.

Who actually suggested you could in future work as a guide for the tours of the premises?

In 2012, during my active part-time retirement period, I was asked by one of the staff at Corporate Communications if I could imagine profiling the Krones company to groups of visitors within the framework of an up-to-date presentation and after that leading them through the premises in Neutraubling. For me, it was important that the offer for that came from the company, not from me. It’s a nice feeling, of course, that in this way you are permitted to continue taking part in the company’s evolution even after finishing your active career.

How “large” is a guided tour, by which I mean how many people usually take part?

A small group of visitors numbers about five people, 30 people per tour is usually the upper limit; I think the optimum figure is about 15. This is in my opinion a manageable number, where each individual visitor is able to absorb a lot more information than in larger groups.

What do you particularly like about your present work?

I’ve always really enjoyed working and dealing with people: this was the case when I was employed in Krones AG’s sales operation, and as a plant guide I appreciate it just as much. It is my expressed wish to show Krones in a positive light and represent the company to optimum effect. The fact that over the long years of my working for Krones I have accumulated quite a huge fund of experience is very important in this context, but it’s not enough on its own. I always say: “The spark has to resonate with the person(s) you’re talking to.” And I believe that is the case. And besides knowledge and expertise, it’s above all enthusiasm that plays a vital role here. I have always been proud of having worked and still working for Krones, a feeling that I like to communicate to others. Moreover, I just love to enthuse and motivate people. When I can do that, when I can kindle their interest during a guided tour, then I’m very pleased. My intention is to authentically communicate the passion and fervour that I feel. Of course, you’ve got to “fine-tune” that a bit, as it were, and match it in some way to your audience of the day.

Is every guided tour the same?

No, there’s a wide range of different styles involved, depending on the people taking part. With a group of schoolchildren, for example, I have to choose a completely different way of introducing them to our machines, technical issues, etc. than the one I’d use for interns or experienced brewers. This will depend on the knowledge and fields of competence that the participants of the day possess. Although I do have a basic framework for the sequence involved in a tour of the plant, I still try to communicate the contents in a manner matched to the group of people I’m showing around. This is precisely what makes the whole thing so exciting and prevents it from getting monotonous.

Do you have a favourite type of audience?

If by that you mean whether I prefer groups of students, brewers, or mechanical engineers, then no. No matter what kind of audience I’ve got on the day, I don’t prefer any particular grouping, but I like groups that ask lots of questions, and thus show a genuine interest – after all, you know, there are no stupid questions, only stupid answers.

You say yourself that you are “besotted with technology”. So do you perhaps find it difficult not to lose yourself in the details of everything you’re showing? After all, people tend to keep on gushing out information if they simply know a lot about the subject. Do you reckon you’re sometimes overtaxing your audience?

No, I don’t really think so. Basically, as I’ve said, I always match what I’m telling them to the participants’ knowledge and sphere of experience. Plus, of course, there’s a time limit for each guided tour. So it’s not possible to go into very much detail, nor can you explain everything in every detail. So what I also try to find out before every guided tour is the expectations the visitors concerned will have for the particular presentation and the tour involved.

What precisely is it – in your opinion – that renders Krones so special as an employer?

I think that Krones, when compared with many other large corporations, is a group of companies where the social component plays a very crucial role. This is surely attributable to the fact that Krones AG is a “family firm” that’s managed as a stock corporation. I believe that here at Krones those in charge still spare a thought for their employees. This is reflected not least in the various sports teams active here at Krones – there is a social togetherness, people can give their ideas and creativity free rein, and in a certain way can combine hobby and work. I myself was actively involved in the firm’s tennis team, and even as a pensioner will be there on the court again when the annual tennis tournament will be held at the end of July on the premises of TC Neutraubling – as will a few guys from the Employees’ Council and one member of the Executive Board, all of whom are pleased to honour the occasion with their visit. What’s more, here at Krones a lot of attention is paid to creating a pleasant corporate environment. What springs to mind here is above all the multi-storey car park created specially for Krones’ employees, or the clean, landscaped grounds, which are studded with numerous rest and smoking areas. 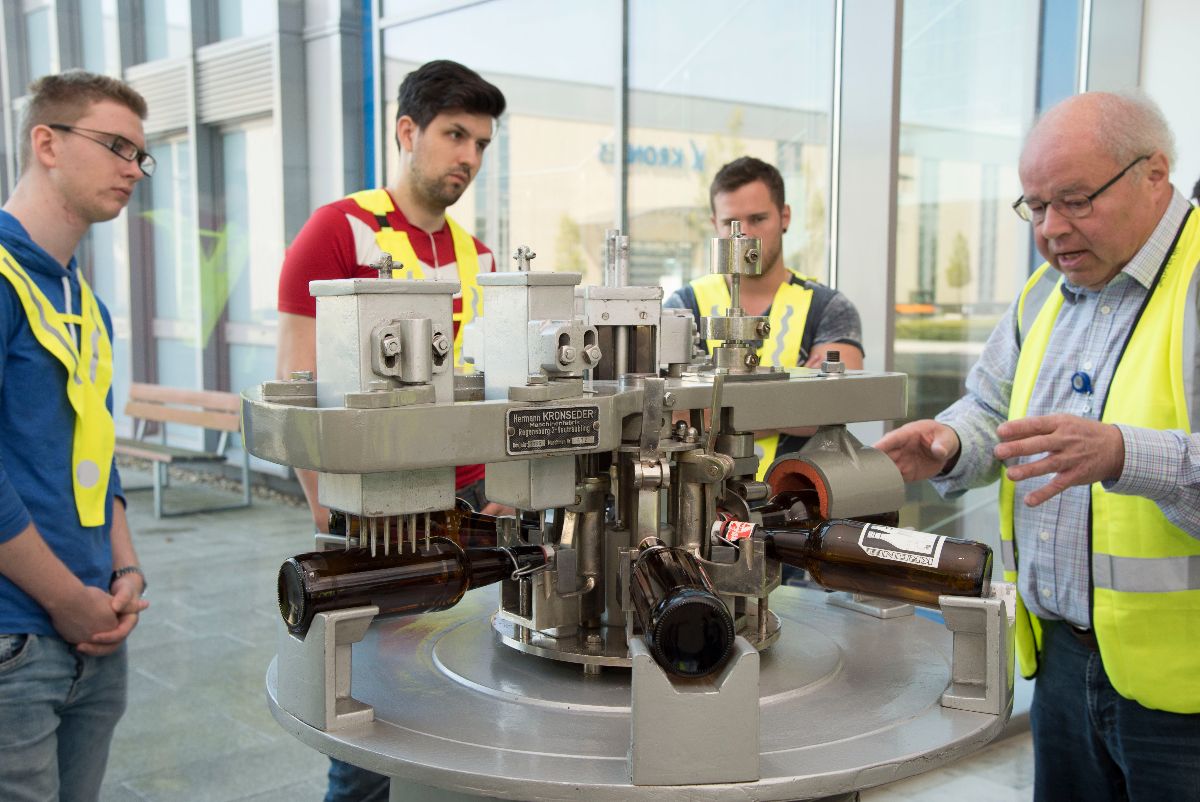 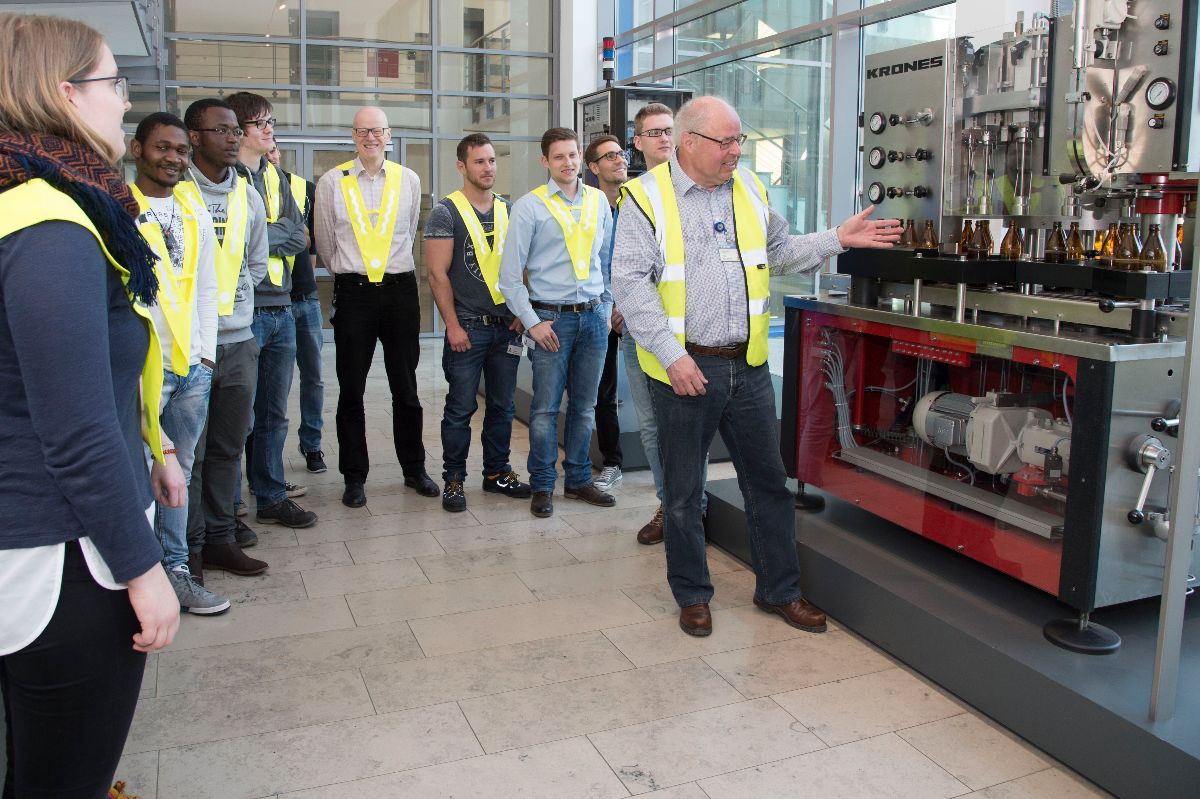 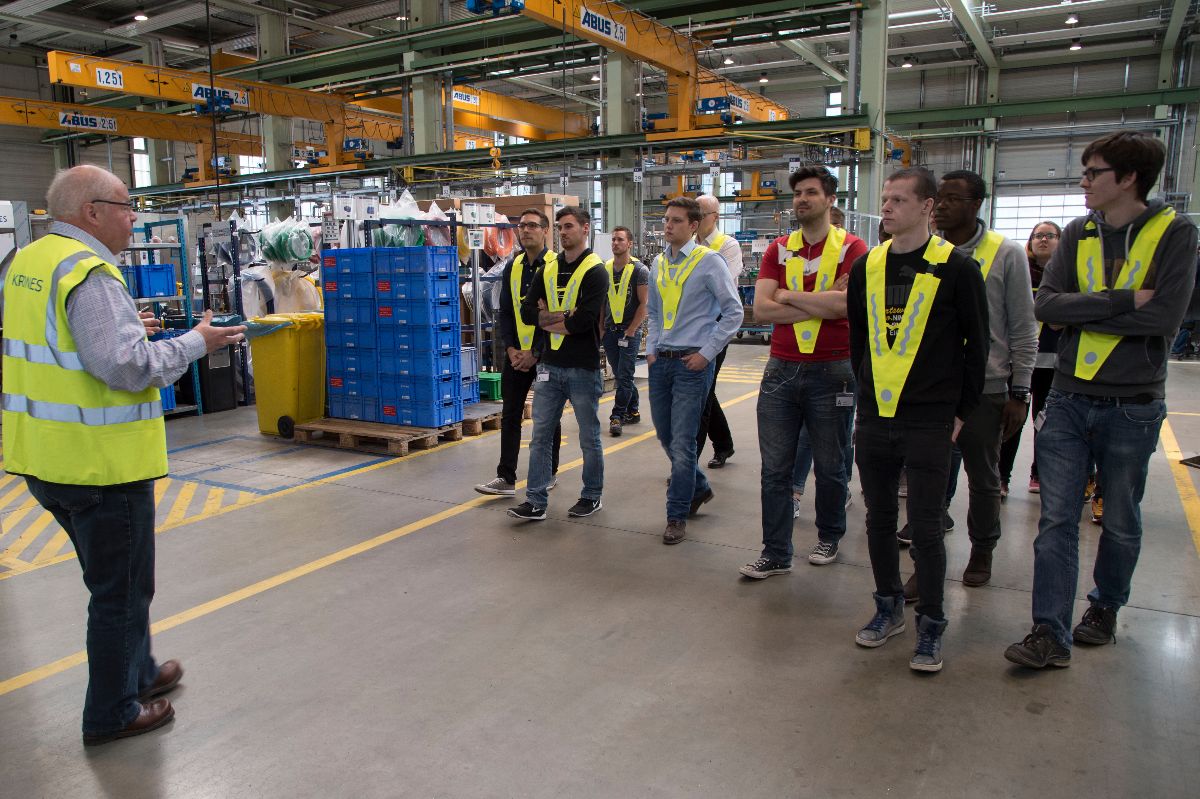 Have you already had an opportunity to take part in a guided tour of a Krones plant in Neutraubling, Rosenheim or our other facilities? If so: was it just as exciting for you to get a rough overview of Krones AG? And if not, then hopefully you will soon have an opportunity to do so. 🙂

At this point, too, I should like to express my sincere gratitude to Udo Weusthoff for a very illuminating interview! 🙂 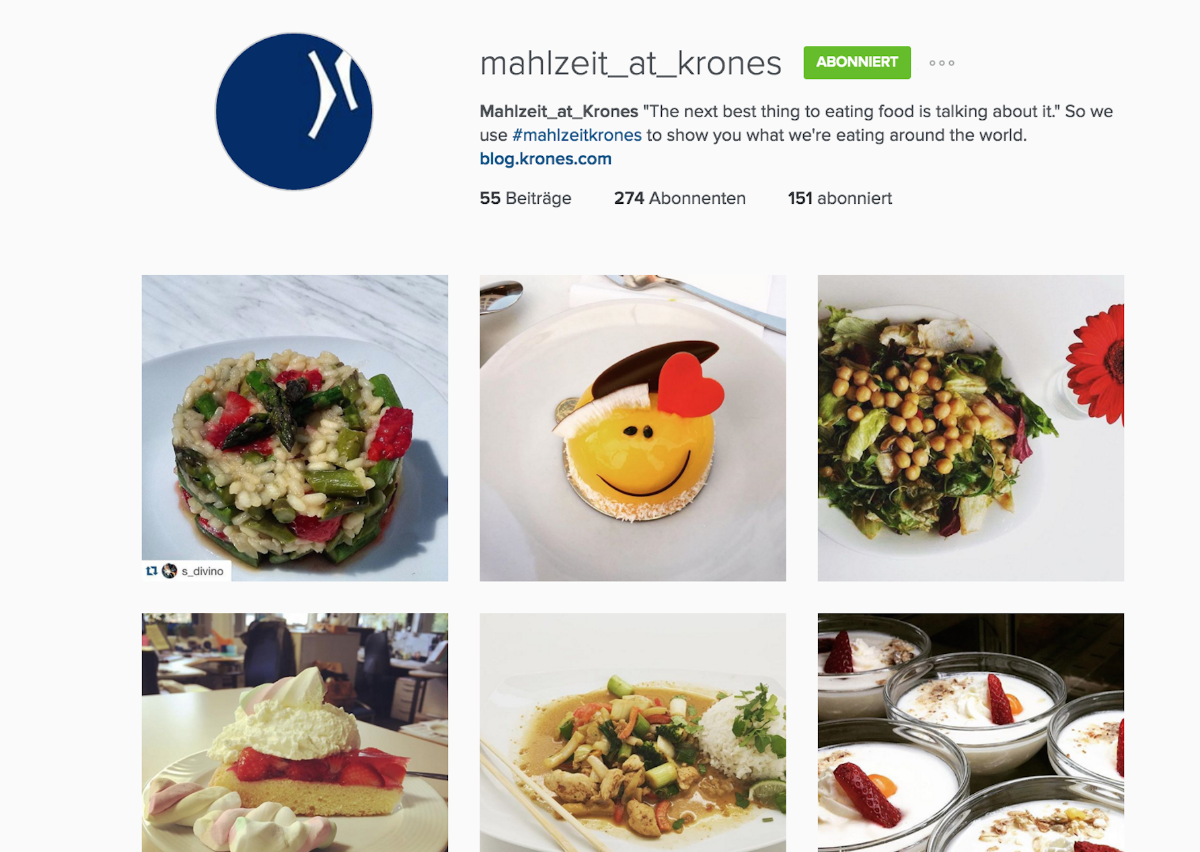 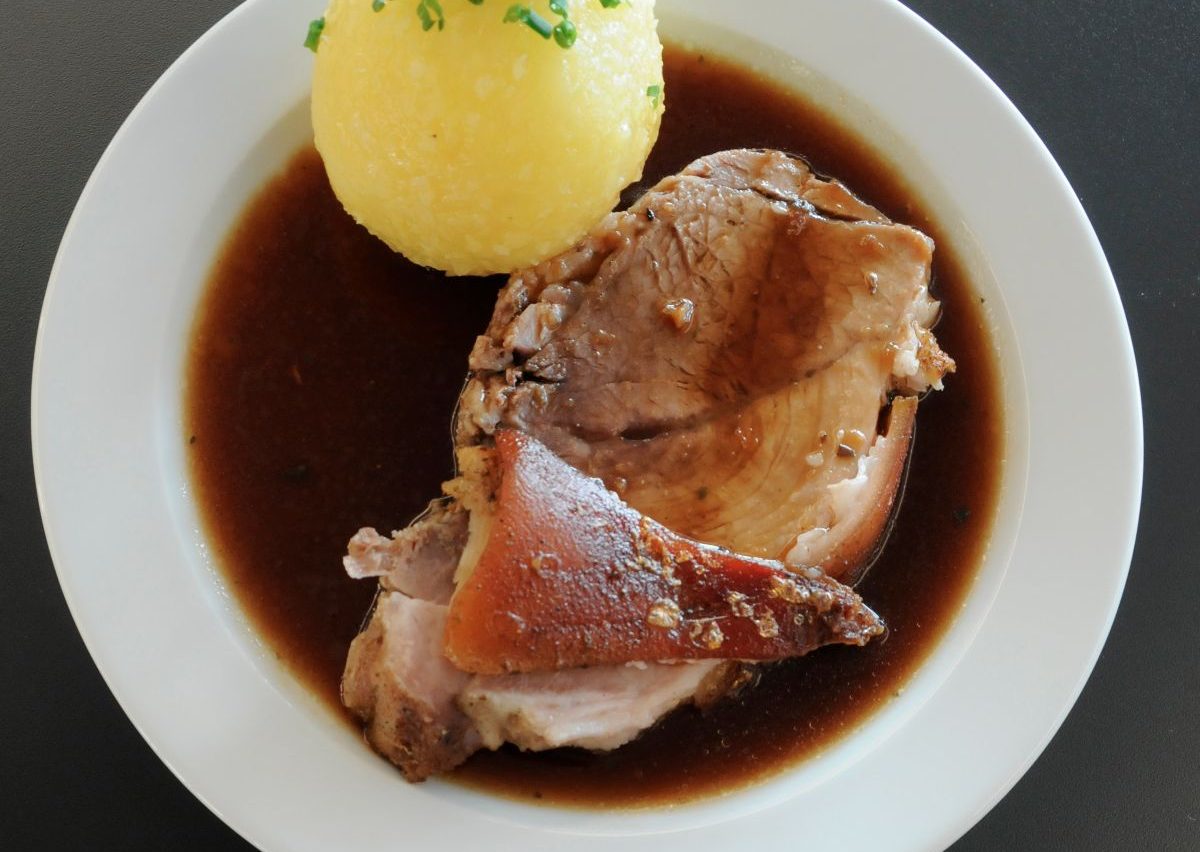 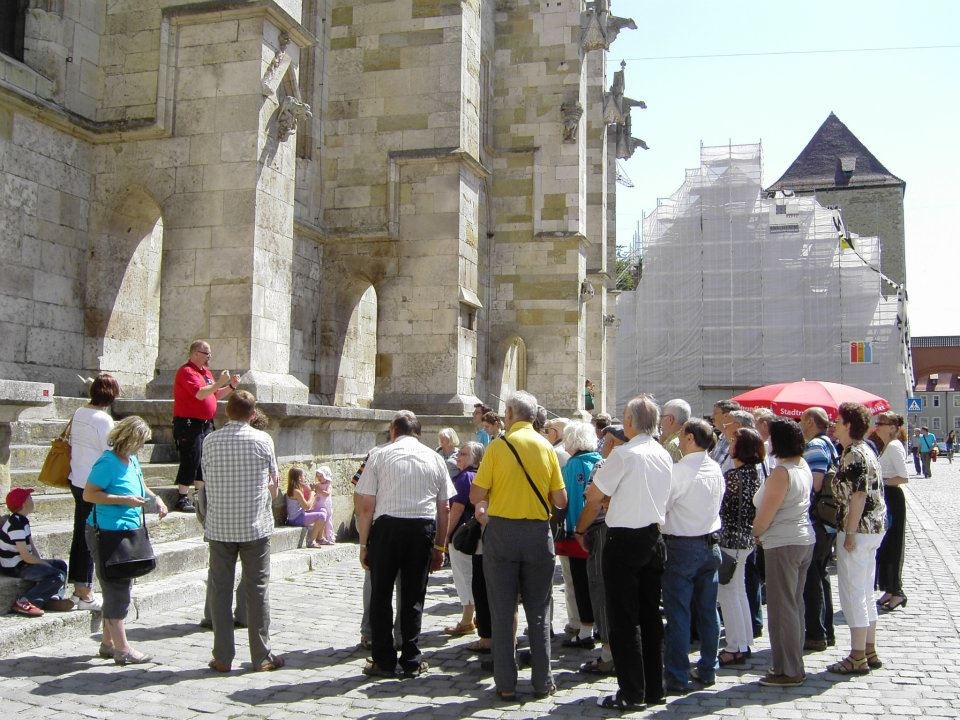 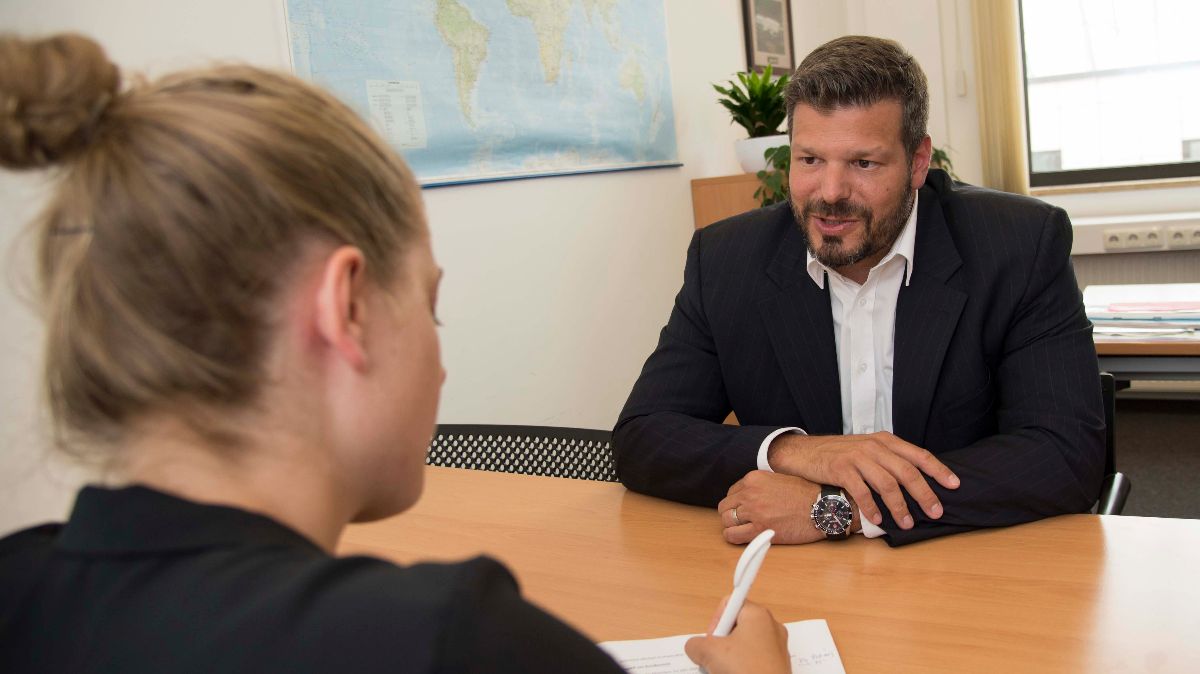