What type of cocktail mixer are you exactly? One who blends all the ingredients by eye, or one who works with a thimble measure and a jigger for maximised precision? Be that as it may – when later on in the evening you try to reproduce precisely the same mixture as before, then – I would venture to bet – you probably won’t succeed. Because high-accuracy mixing is a science – one that our #Contiflow mixer has mastered to perfection.

However, before we go any further, I have to disappoint you: for your next cocktail carousal, the Contiflow is not the right party gimmick. This is because it specialises in blending ready-to-drink beverages – and for this reason, it’s used at soft-drinks producers all over the world. Soft drinks, both still and carbonated, plus beer-based mixed drinks and slightly carbonated fruit-juice-based mixed beverages, aromatised waters, cider or alcopops – these are the mixer’s specialities: it ensures a perfect mixing ratio for up to ten liquid and two gaseous dosing components.

The Contiflow comprises a total of three different modules:

The Contiflow would not be a Krones machine if the keyword of “flexibility” were not perfectly apposite: if you need only one or two out of the three modules available (deaerating, dosing and carbonating), this is also an option, thanks to the unit’s modularised construction.

Once the product has been completely mixed, it’s passed directly to the filler, though an inline check for Brix and CO2 content is performed beforehand. To avoid overproduction, the product speed of the mixer is ideally matched to that of the filler – without any impairment of accuracy and without any product losses due to stop-and-go operation.

#GermanBlingBling – the Contiflow is quite rightly a member of our advertising campaign; not least thanks to the numerous gleaming pipes through which first water flows, then the sugared beverage, and last of all the finished soft drink. And if we’ve now whetted your curiosity as to how our mixers perform at our clients’ facilities, then just run a search for #Contiflow on Instagram, Facebook and Co.

The Contiflow can now be configured online! 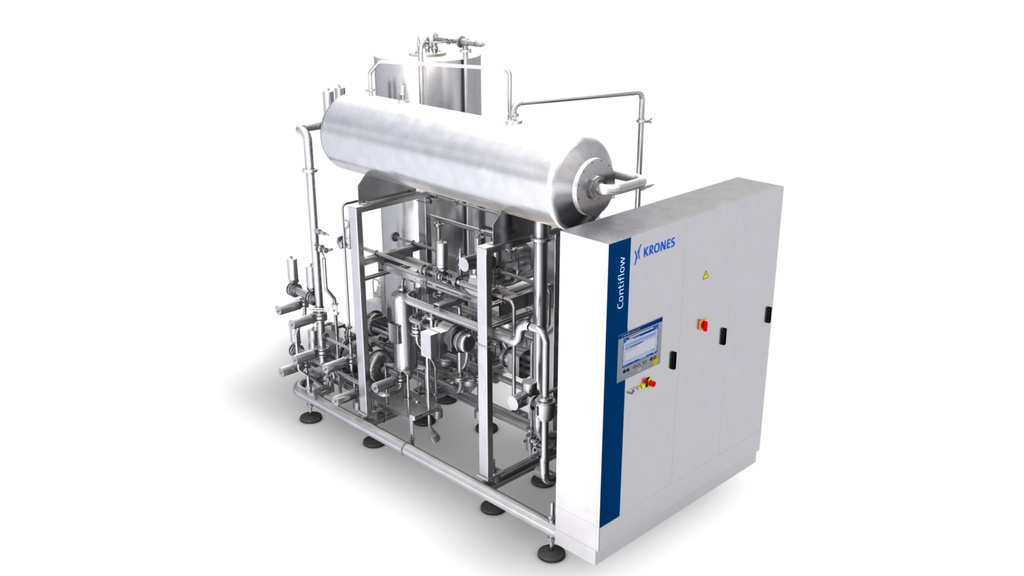 In togetherness is strength How the perfect glue pallet is created