A group from Hamburg-Harburg University of Applied Science had had enough of those run-of-the-mill beers from the supermarket and this year hosted the fifth international brewing competition for universities. The competition has for some time now been attracting craft beer fans from all over Europe, keen to showcase their own personal creations not only to the other teams, but also to a jury headed by Beer Sommelier Oliver Wesseloh. What’s more, it’s an ideal place to exchange news and views on the very latest processes and ingredients.

Five sandwich-course students at Flensburg University of Applied Science did not want to pass up an opportunity like this either, and put together a team called “dualis”, headed by Laura Meyer. Together with Merret Sacht, Jannis Ohm, Lena Kremke and Finn Hansen, she is studying biotechnology and process engineering – a field in which beer-brewing is right at home.

In their concept, the team also wanted to express the dualistic character of their degree course: the team unveiled a global first in the form of two beers in a single bottle served with a multi-course menu. The bottle contains firstly a fruity-aromatic aperitif beer and secondly a dark, full-bodied bock beer to drink with the main course, for which the team recommends smoked char with stewed cucumber and parsley potatoes. On the basis of the bock beer, they used additional cold-hopping with the “Citra“ hop variety so popular in the American craft beer scene to create the aperitif beer called “dualis C”. With its hint of lemons and tropical fruits, it offers a harmonious transition from the starter to the main course, explains Dipl. Ing. Holger Blawatt. As a lecturer on “brewing and malting technology” every year he encourages students to take part in this event. In 2011, for example, a group won the competition in Berlin with what they dubbed “Zickfeld See Breeze”, made from treated Baltic Sea water.

Starting with the beer, the students developed an entire concept, and presented their beer composition in impressive style, served in bottles and glasses specially engraved with the team’s name, on an elegantly laid table. The young brewers’ ingenious presentation, conducted in English, additionally made a big impression among the 16 brewing teams, but they were not able to wholly persuade the jury, so they ended up in 4th place. They’re satisfied nonetheless, since the annual event also offers plenty of scope for talking shop, and a whole lot of fun themed around the subject of craft beer. 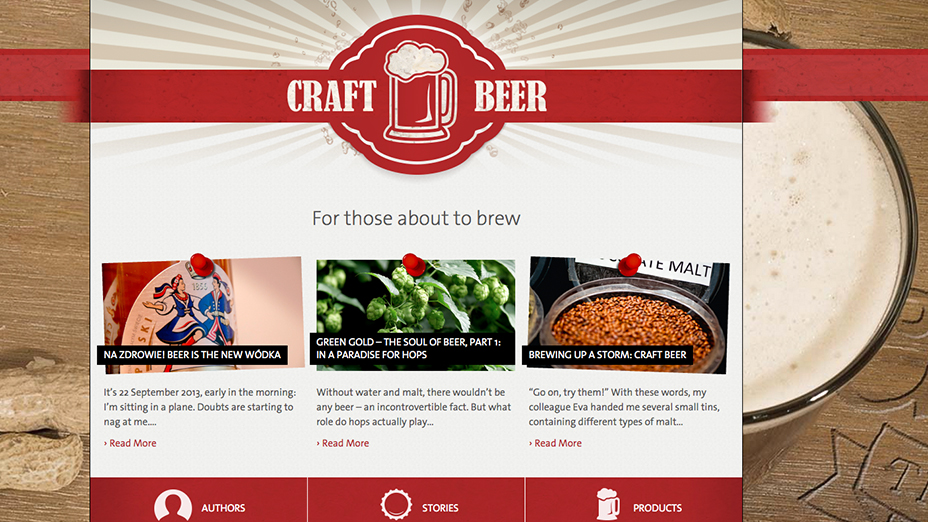