Sequel of Part 1 of the conversation.

Customer satisfaction naturally enjoys top priority at Krones, because only then will there be any prospects of long-term success. But how crucial is staff satisfaction for achieving this goal?

I think they’re mutually dependent. Dissatisfied staff are hardly going to generate satisfied customers with the products they make. In regard to the company’s overall success, staff satisfaction is also important in enabling you to operate cost-efficiently. Staff have to be motivated if they are to perform effectively, and make as few mistakes as possible. After all, mistakes cost money, and lots of mistakes cost lots of money. Then you’re not going to be able to operate cost-efficiently for long. And a commitment to innovation plays a major role; if a motivated, satisfied employee is with us body and soul, then he’s the motor, because he sees options for improvement.

How do you estimate the satisfaction of your staff with their employer?

Staff satisfaction is a multifaceted thing. The employees’ council plays one of the important roles here. I believe we have a good relationship with our employees’ council. But I also repeatedly talk to the people in the company on all levels. That’s why I feel safe in saying that we have a relatively high level of staff satisfaction here. What we’ve put in place here at Krones is a corporate culture where people aren’t afraid of saying so if they’re not keen on something, such as “I like it here at Krones, but this thing with the parking slots, I don’t like it at all”. Our people are confident they can say this sort of thing to me, because they know that I’m not a “don’t-talk-to-me” sort of guy.

When I took up my job, I realised that an informed employee is much easier to manage. Because he knows why something is happening – even if at first it may not be to his taste, but he simply has this information. That’s why we have also put in place our various communication options: the daily meeting of the Executive Board, the management meeting once a month, the staff newspaper, the intranet. Very early on, we had put in place a communication department and culture, so that the staff know at all times how the company is performing, what necessities we face, what our goals are, what our strategy is. I think this is an indispensable precondition for being successful. Then ultimately most people are going to be pulling together.

Success on the market, of course, also depends on the technical solutions being offered and a company’s innovative vigour. How important to you personally is technology when it comes to producing and filling beverages of all kinds?

Very important, of course. After all, I grew up here in the company, and even as a young boy I saw a gearing diagram and understood mechanics very early on. This soon became second nature to me: I’ve taken technology to my heart. As an entrepreneur, of course, you also have to keep an eye on the commercial aspect of things, which is why I studied business engineering. But before that I was a technical draughtsman. I’m an engineer body and soul.

Is the beverage sector a particularly likeable one for you personally?

Of course. We manufacture machines with which our clients produce beverages for human beings, with or without alcohol. When people are consuming something designed for enjoyment, they’re mostly in a good mood. So it’s fun operating in a likable sector. We deal with big names, yes, but with lots of small clients as well. So we get to meet with a multitude of highly disparate clients all over the world – and there the potential for delightful encounters is well-nigh limitless.

How does Krones manage to keep on playing a pioneering role with numerous innovations for the sector, and above all to show no signs of flagging?

I think that we’re good listeners, something our clients confirm. Ultimately, we have to provide new products that help our clients to run their production operations dependably and also cost-efficiently every day. Then, of course, there are new technologies emerging. These have to be harmonised with their existing counterparts, and that then leads to innovations, to new machines. And then there are also the consumers, who have certain preferences. It’s obvious that the PET bottle has high levels of customer acceptance: high volume, lightweight, unbreakable, easy to handle – this was a megatrend we fully recognised. That’s also why we decided to go into plastics technology.

Looking back, was the decision to embrace PET technology in the late 1990s for you and your company the most important one in terms of technical innovative vigour?

Absolutely, Krones premiered the first blow-moulding machine at the 1997 drinktec. Nowadays, the PET bottle accounts for a large proportion of our business. If we had failed to take this trend on board, then we would not be as successful as we are today.

Would you say that progressing aseptics was of comparable importance to the company’s future as the previous decision to begin manufacturing stretch blow-moulding machines?

I think so. The clients, and consumers’ behaviour patterns, too, have shown us that people simply don’t want to have any preservatives in their drinks. Mandatory declaration and the analytical options available, which nowadays are able to analyse any substances in the molecular range, have led to consumers’ becoming a lot more critical. But there are beverages that without preservatives would not be stable, which is why they have to be bottled in a cold-sterile mode – and there we were determined to be out in front.

Where is this development thrust heading?

Ongoing developments in aseptic technology are aiming to minimise as far as possible the consumption of chemicals, water and resources in general. For this purpose, physical decontamination processes like PreBeam are available. We premiered this process at the last drinktec, and in my opinion it will constitute the future of aseptics.

Not all our innovations, however, are triggered by customer feedback. There’s the Krones Contiroll, for example, a labeller that’s meanwhile been manufactured over a thousand times; it dresses the bottles in transparent plastic film directly from the reel. This technology renders the product visible, and enables clients to create entirely new bottle designs. This was a viable option only because there was a machine able to handle these films at an affordable cost. This market development is actually attributable to our own innovative vigour. And hopefully this will be repeated with the direct printing machine: this type of bottle design and decoration offers different options to conventional labels.

And then in recent years Krones has also progressed the block layout, whose basic principle, of course, was actually conceived and implemented by your father Hermann Kronseder. But it’s only now that this idea is becoming widely adopted. Why is that?

You’re right, the block layout was the main reason why my father produced fillers at all. Back then, the filler manufacturers were so arrogant, they refused to build a block with “his” labellers… Then the opportunity came along to build a filler ourselves – and the block idea was translated into engineered reality. Its demise has often been predicted, but today it’s still very much alive and kicking. Here, several different machines are mechanically block-synchronised, and that is space-saving, resource-economical and operator-friendly, as well as achieving a high level of efficiency.

The ultimate goal, as proclaimed at one of the recent drinktecs, is to block-synchronise an entire bottling line. This has not yet been completely achieved. The question is whether this is really viable?

Well, you know, we have a wet-end block and a dry-end block, but you still have a few conveyors between the two blocks. This is simply a technical necessity, so that in the event of a malfunction you at least have a buffer and you can run the machines empty.

Similar considerations also apply in the process technology for beer. There was talk of a continuously operating brewery once. Is this topic nowadays off the agenda?

I don’t think so. It often sounds as if a product is poorer in quality when it’s being continuously produced. I don’t agree. So far, in terms of brewing, particularly, the quality has improved rather than deteriorated. Because thanks to continuous brewing and fermenting processes, there are also options for preserving the full levels of quality. At the last BrauBeviale, we unveiled continuous fermentation, which will lead to improvement for a brewery in terms of its cold-sterile operations. The process is more resource-economical, and requires less installed capacity. We’re still in the initial stages here, but I think it may some day become the standard option. 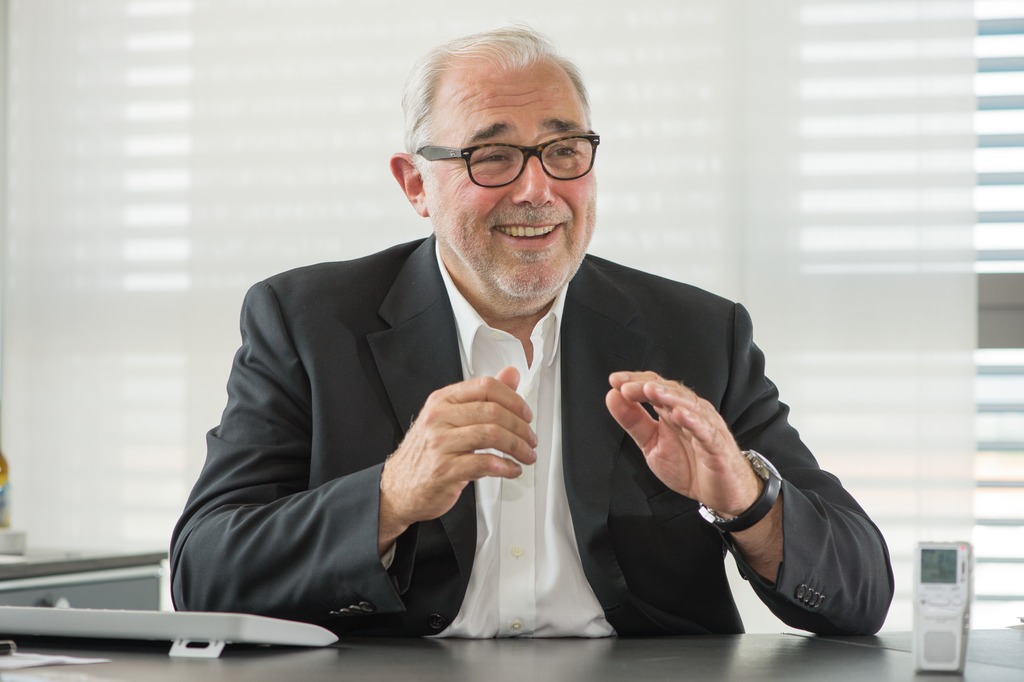 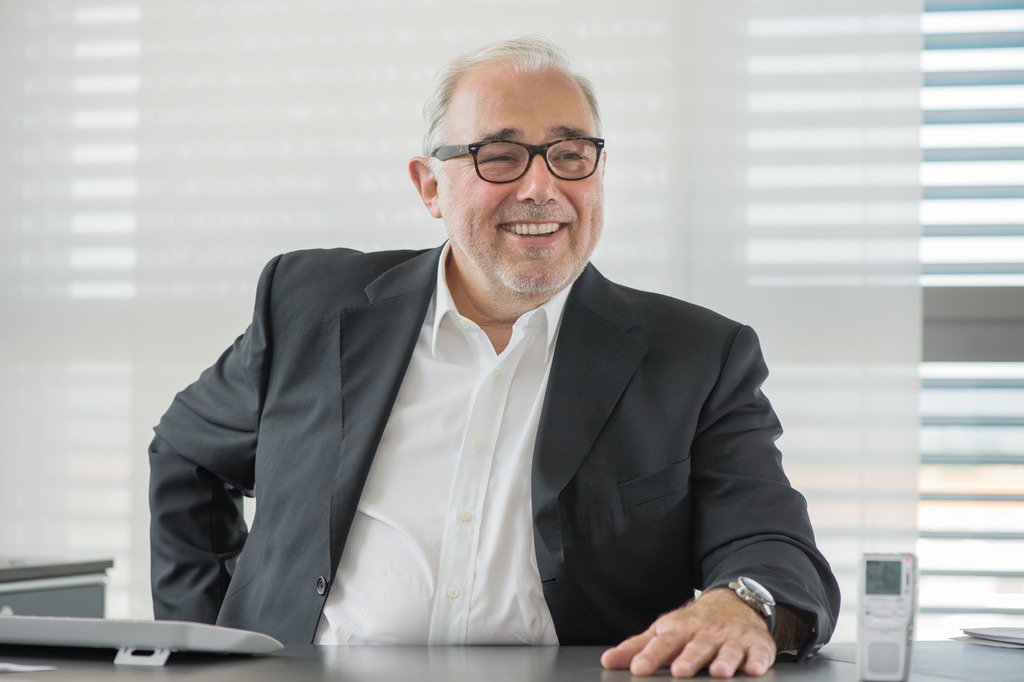