Alone among students: the Connecta in Regensburg

Half past eight in the morning at Regensburg University of Applied Sciences (OTH). The Connecta officially begins in thirty minutes’ time. This was an absolute premiere for me: I had never been to a recruiting fair before – not as a student, let alone as a representative of a company. In order to finally plug this gap in my CV, I more or less appointed myself to the Krones recruiting team. Admittedly: that was a bit cheeky, but my colleagues were nice enough to let me tag along. This was the deal we agreed: I would be able to look at everything and record my impressions in a blog article, and in return I would help out all day on the Krones stand.

Help, where do they all come from?

Some leisurely chatting with students and now and then strolling over to the other exhibitors – that’s roughly how I imagined the day beforehand. Which was rather naive of me, as I quickly realised in the first few minutes after our arrival: the fair hasn’t even opened yet, and nonetheless the first students are already thronging round our stand: “Can I do an internship abroad with Krones?”, “Do you also have jobs for mathematicians?”, “Hey, the piggy-banks are really cute – may I have one?” Hmmmmmm, I have no idea what’s happened in the ten years since I graduated, but the students of today are (contrary to their reputation) astoundingly chatty even though it’s early morning. Whereas I’m still engaged in getting my sluggish brain into gear, my colleagues have the situation totally under control. Besides Sabrina Ferch and Franziska Bayerl from Human Resources, Martin Rominger is also present. He works in our international Krones Service team, and is coming along in his own best interests, so to speak. Because he and his colleagues are urgently seeking reinforcements for their team of service technicians and service engineers.

Industry for 4.0 and “something to do with bottles”

Answer questions and finish erecting the stand in passing? For the other three, this is obviously no problem at all, so I finally pull myself together and throw myself into the turmoil. The first thing I notice when talking to the students is this: many of them have only a vague idea of what Krones actually does. Most of them think it’s “something to do with bottles”.

That’s not totally wrong, of course, but as a PR executive I feel obligated to set things straight here. And this would seem to bear fruit: because when I enumerate our technology and product portfolio – “everything that beverage factories need, from production equipment and warehousing technology all the way through to higher-order IT“ – I’m not infrequently rewarded with an appreciative “Oh I seeee”: most of them only realise during the course of the conversation precisely what and above all how many different options they can choose from at Krones. But we also have quite a few visitors to the stand who ask very specific questions about particular remits or technologies. Digitalisation and Industry 4.0 are very highly rated here. So I send any students interested in these one stand further along: there they will be welcomed by our colleagues from Syskron, one of Krones’ subsidiaries, which has specialised in precisely these fields.

Of geocachers and former professors

Around lunchtime, one question takes me a little aback: “May I perhaps have one of these preforms?” a student asks me – which makes him the first one today who recognises immediately what our give-aways are. You see, most of the visitors to the stand think at first glance that we’re handing out test-tubes. In actual fact, though, each of the little plastic cylinders is the precursor of a PET bottle. The neck finish with screw-cap looks just the same as with a finished bottle – the rest is blow-moulded to its final size and shape with compressed air in the bottling line itself.

People who recognise preforms for what they actually are will usually be insiders from the sector. But the student dismisses this supposition with a cheeky grin: “No, I’m a geocacher – we like using the preforms for our caches, because they’re waterproof.” Okay, that wasn’t quite the explanation I had been expecting, but I reward him for the oddball answer with two preforms full of ballpoint pens.

After this humorous intermezzo, the next unexpected encounter is already awaiting me – my former Professor Hans Rott turns up: he’s strolled over briefly from the university, because today the OTH’s canteen has a more interesting choice of food. We have a bit of a chat about old times. What he tells his two companions about me in these few minutes can be summarised as follows: I didn’t finish my doctoral thesis and what’s more all end-of-semester dinners I attended invariably ended up in a pub at five o’clock in the morning – quote: “With you, no one ever got home!” Um, ah, in terms of cold facts that is not totally untrue, but nonetheless I would like to make a few minor corrections to the picture that the other two must now have formed of me. However, out of the corner of my eye I notice that the visitor density at our stand has meanwhile reached a new peak: each of my three colleagues has been buttonholed by one or more prospects, and a small cluster of eager students are already waiting in front of the stand. So I say a quick goodbye and get back to work.

Out on my feet as if I’d run a marathon

When at four o’clock in the afternoon the crowd thins out and my nervous tension is slowly subsiding, I suddenly realise two things: my feet are aching from standing for hours on end, and I am meanwhile almost incapable of stringing together a coherent sentence. Advising students for six to seven hours at a stretch, engaging with all these different people and their disparate needs, is hard graft. However, I don’t dare to say that out loud. Because for Sabrina Ferch and Franziska Bayerl the Connecta is already the third recruiting fair this week. They had just returned from Karlsruhe the previous evening, and were then top-fit and ready for action in Regensburg early next morning. While by now I can hardly stand up, the two of them dismantle the stand in next to no time, and on the way to the car are chirpily reviewing how the day went. I shuffle wearily behind them on my agonised feet, and to be perfectly honest I’m pretty relieved to know that I’m going to be sitting at my desk the next morning and can write my article at my leisure.

You’ve read the article right to the end? And perhaps you like writing too? Then an internship in our PR team could be the right thing for you! If you’re studying one of the humanities, you like working autonomously, and are good at analytical thinking, then consider sending us a job application. With us, you’ll gain insights into varied communication channels of an internationally operating corporation, and can acquire valuable experience for your future career. 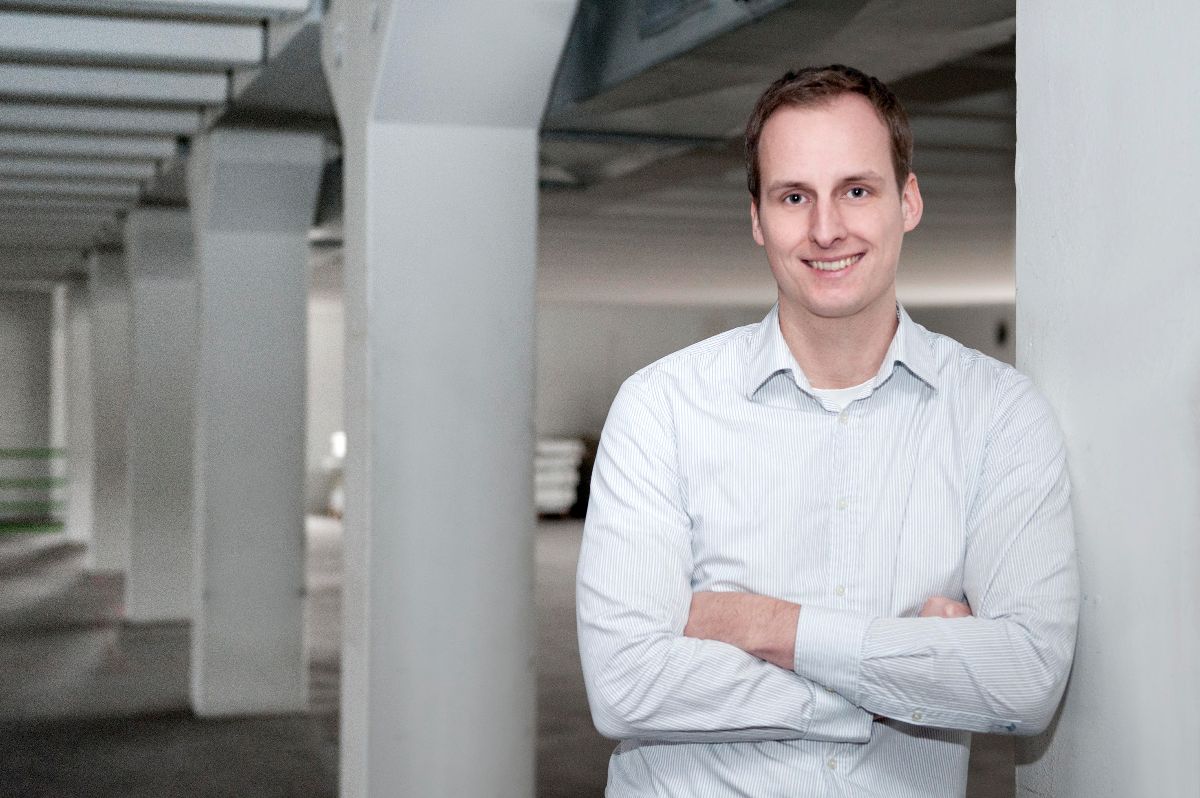 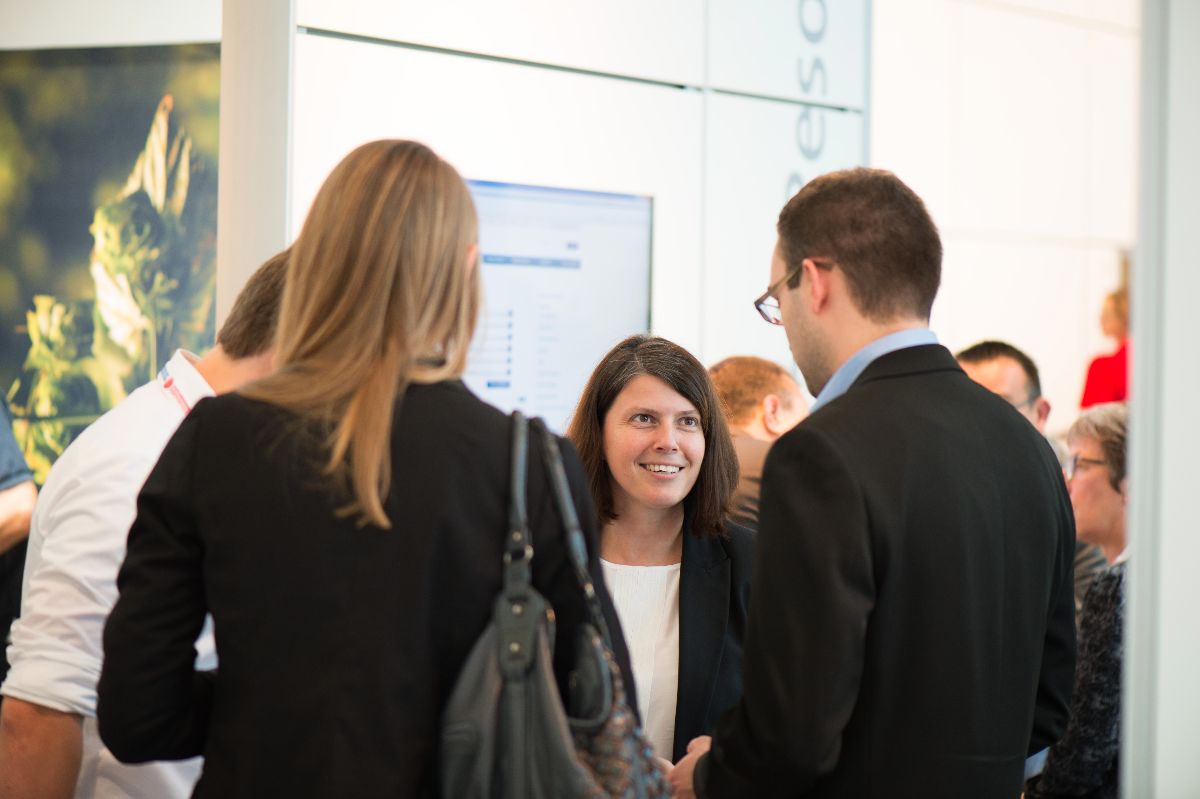 Showcasing career prospects at the Brau