All good things come from above

Whether it’s the fire brigade, the rescue service or the police – round the clock they’re all looking to ensure we’re safe. And my colleague Sebastian Jobst – from the CFS Coordination and Development specialist department – is one of these everyday heroes, because he’s a volunteer at the lifeguard service – and has since July 2018 been bearing quite a special title. So I snatched paper and pen and went to find out everything about what he does as a “voluntary lifeguard”.

Sebastian, since when have you involved with the lifeguards?

Since I was a boy, in my hometown of Maxhütte-Haidhof, because my parents are likewise members there, and signed me up for swimming lessons when I was five. Now I’m 27 and have so far taken part in well-nigh all the training courses offered by the lifeguard service.

So what exactly do you do as a lifeguard? Is there work for you all the year round?

In summer, as a lifeguard, I’m on watch duty every weekend at our lake – sometimes also during the week. But there’s no boredom during the winter months, either. Because we use that time of the year for having our training re-certified. And quite generally, I’m almost always quite busy with organisational stuff because I’ve in the meantime been appointed to the executive committee of our lifeguard service – just like my father who held this office before me for over 20 years.

Well, as a matter of fact, this year’s bathing season was surprisingly quiet – which is a good thing, of course. Luckily enough, there weren’t any major rescue activities at our lake, apart from one mission that saved the lives of a mother and her child. But generally speaking, you may encounter the whole lot of it: someone being stung by a bee, heatstroke, right through to an ambulance taking somebody away who’s broken his/her leg.

Since July, you’ve been bearing quite a special title: “Air Rescue Specialist”. What sort of job remit does that involve?

An Air Rescue Specialist is first and foremost quite a normal lifeguard, but he/she has also been trained to deal with absolute disasters like floods or torrential rain. In these cases, the job of those specialists is to rescue people from standing or flowing bodies of water, or from skylights of houses engulfed in the flood, out of a helicopter. And since the training for these missions is quite a special one, there are currently only 50 Air Rescue Specialists in the whole of Bavaria, and a mere 100 of them in the whole of Germany.

And how do you get hold of a job like that?

You have to meet a series of preconditions for this, such as a certified qualification as a lifeguard, including whitewater rescue, and also very good physical and mental fitness. And on top of that, there is also the training to become an Air Rescue Specialist that you have to complete, which is not exactly a walk in the park and consists of three modules: you start at the Mountain Rescue Centre for Safety and Training in Bad Tölz. Here we first of all took a fitness test, after which we learned some theoretical basics, which we then translated into practical reality. The second module – Crew Resource Management – prepared us to work as part of a team. How do I communicate with the rest of the crew? How do I set the right priorities in an emergency, fast and sensibly? The third module then takes place in Oberschleissheim and Ingolstadt, in conjunction with the federal police. During that time, we simulated genuine missions in the Danube, and took turns in playing the lifeguard and the one who’s being rescued. 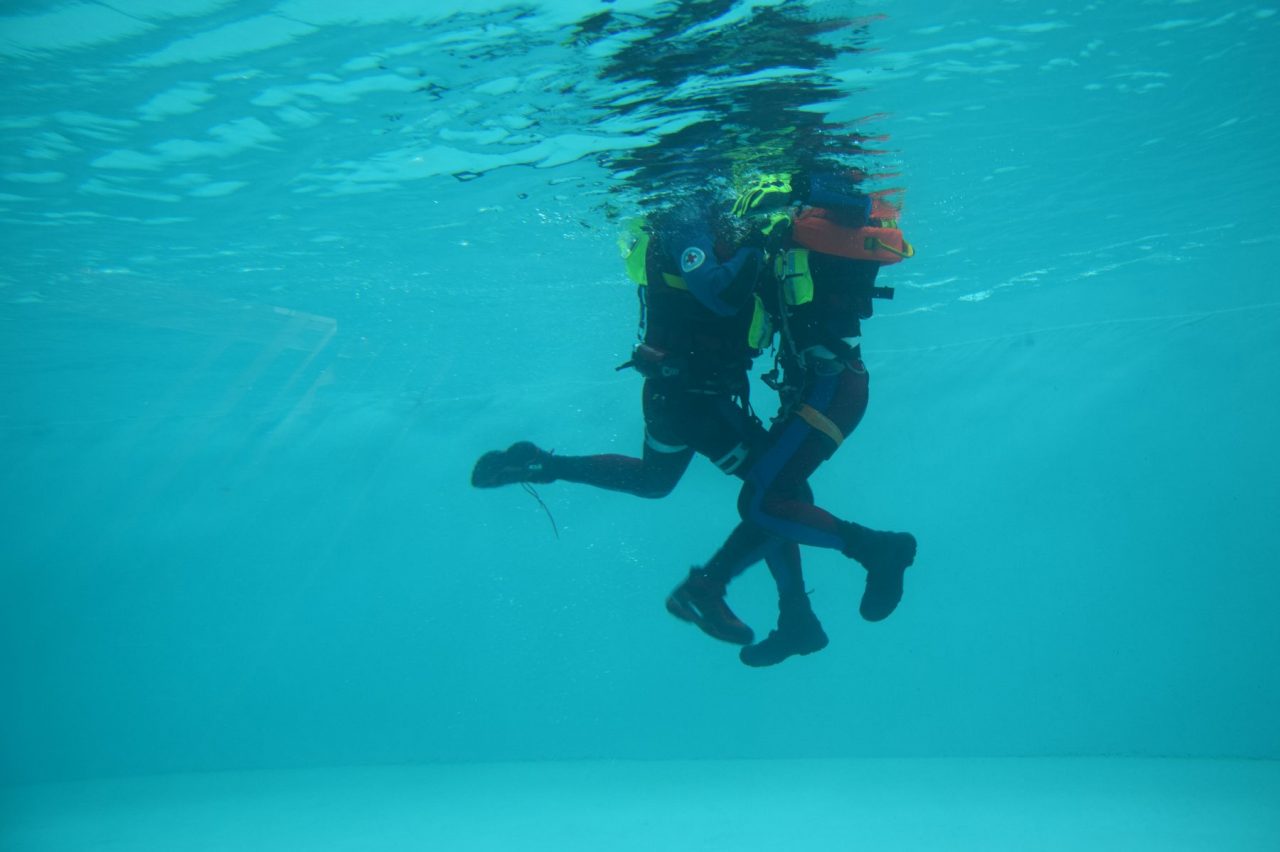 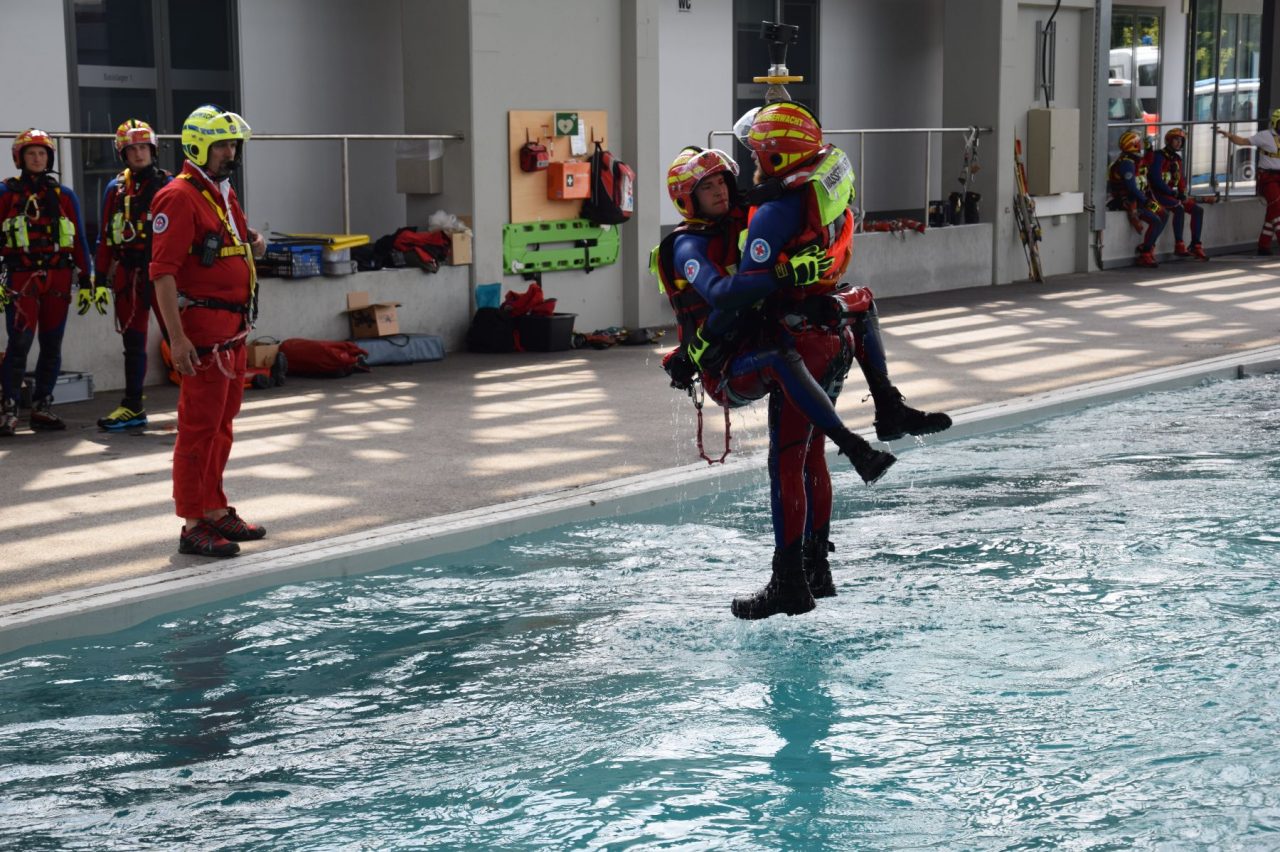 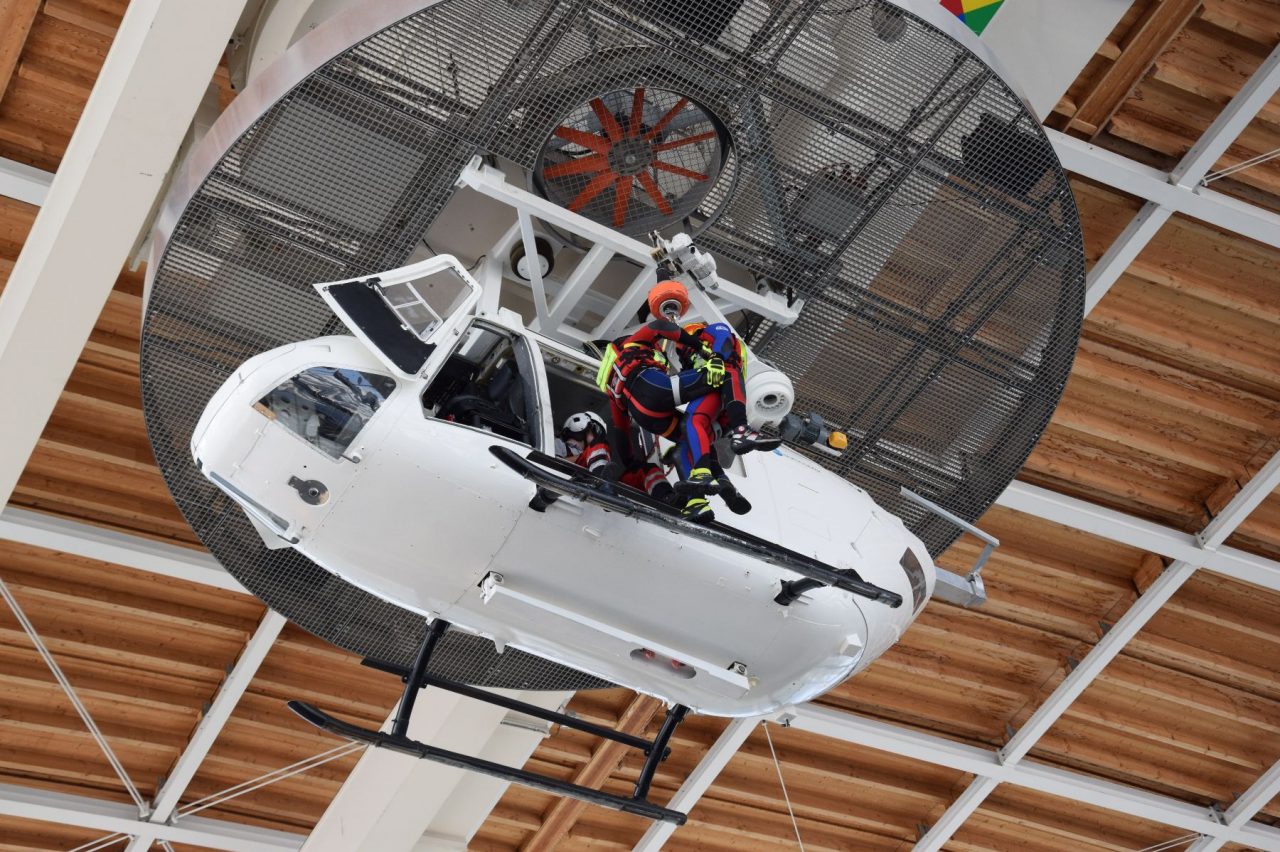 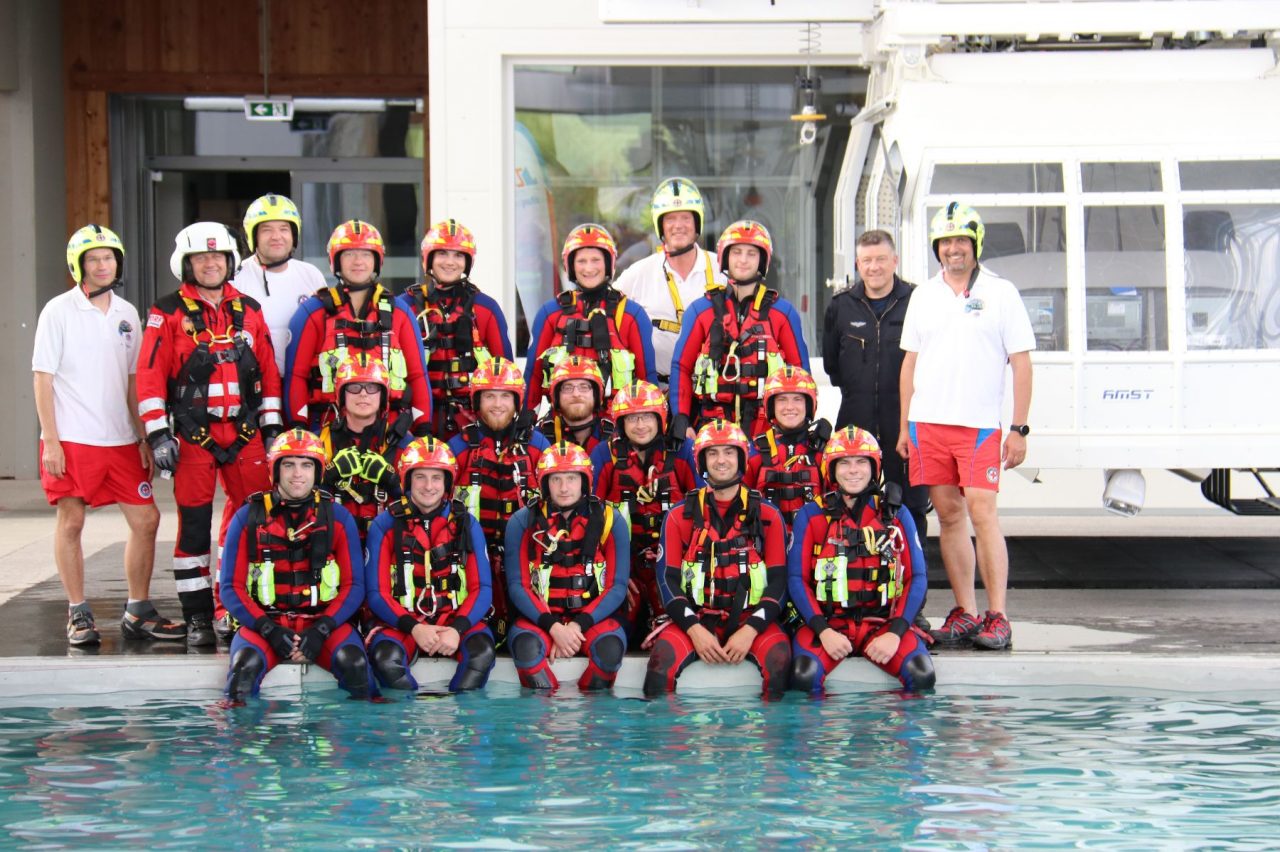 Let’s suppose you’re being called out on a mission while you’re at work: would it then be possible for you to “leave just like that”?

Here at Krones, we’re in the lucky position of being very flexible, thanks to communicatory worktime arrangements. This means, voluntary and paid work can be wonderfully reconciled – and this has so far worked out just fine: it’s not for nothing that Krones was this year honoured with an award for a “volunteer-friendly company”.

Just one more question before we finish our interview: what was so far your most rewarding, and what was your most horrible, experience as a lifeguard and/or as an Air Rescue Specialist?

Since I’ve only been an Air Rescue Specialist since July, I’ve not yet been sent on a mission because – thank God for that – no major disasters have happened in that time. So I can’t really tell you anything about this. I have to say, though, that the air-rescue training as such was definitely my personal highlight in my voluntary career. But when you’re working as a lifeguard, unfortunately there are bound to be some distressing incidents: these include missions where you can indeed recover the people you’re supposed to be rescuing but are no longer able to save their lives.

You will find further information on the lifeguards at Maxhütte-Haidhof here.

Sorry, the video is only available in german. 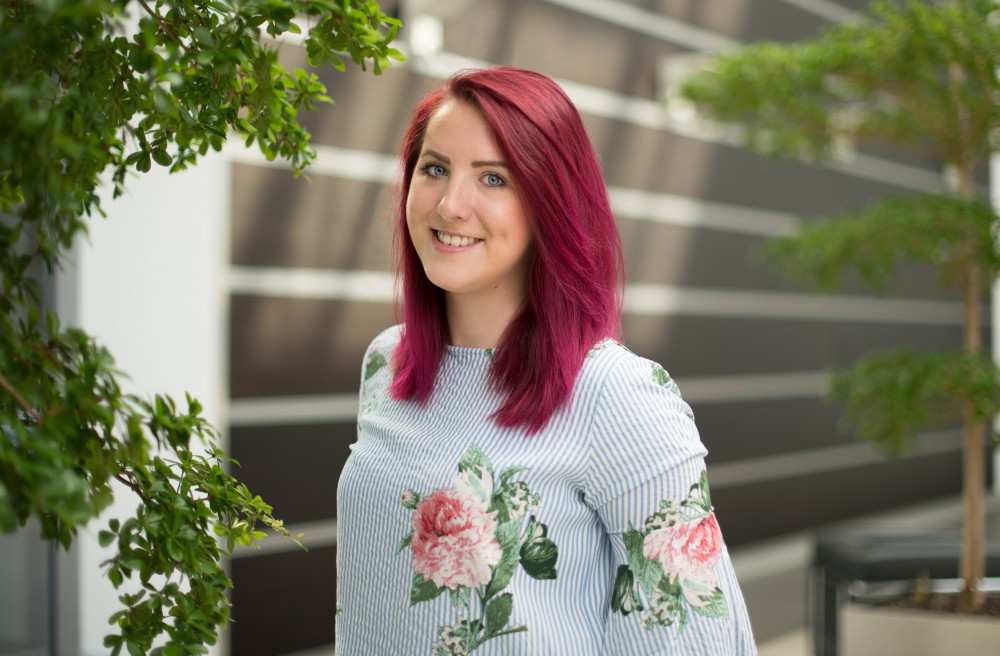 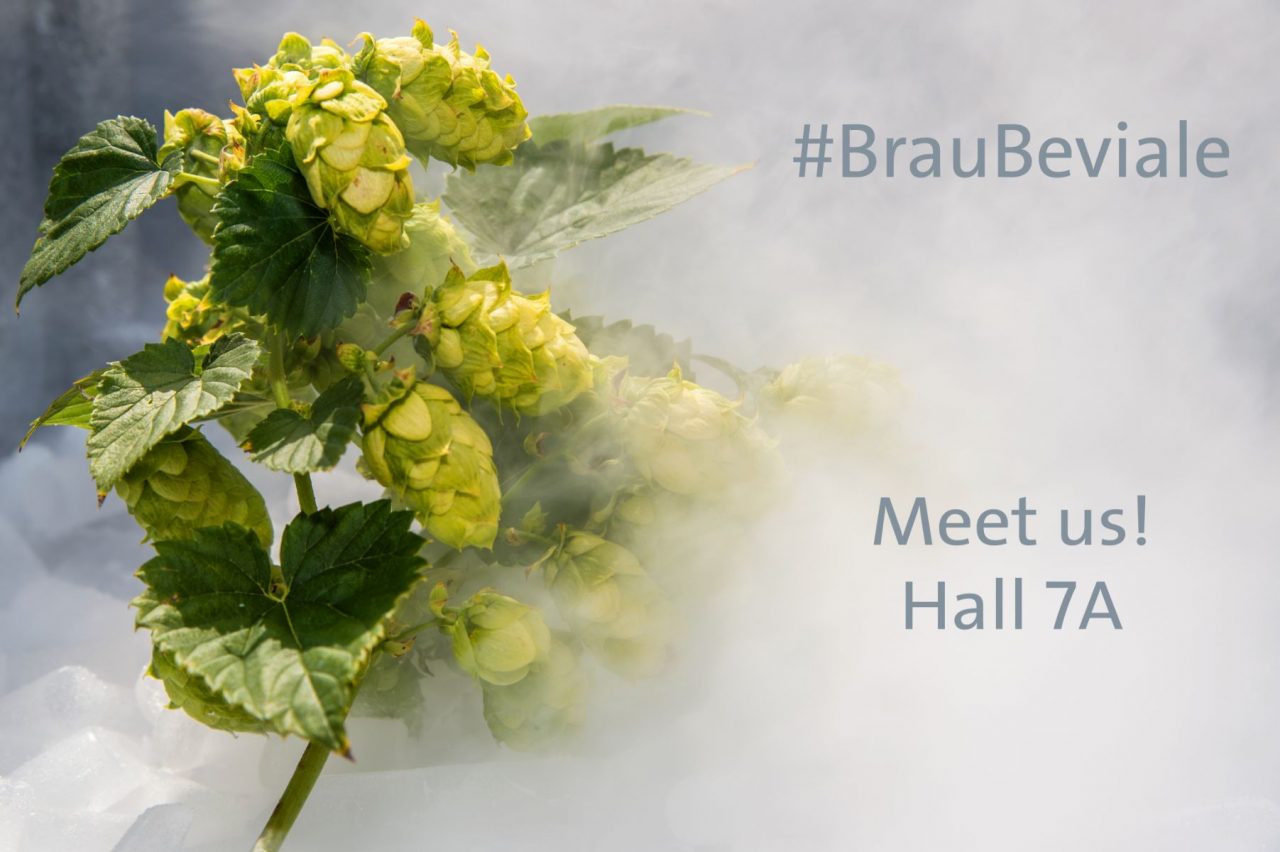 5 things you should really do at the Brau 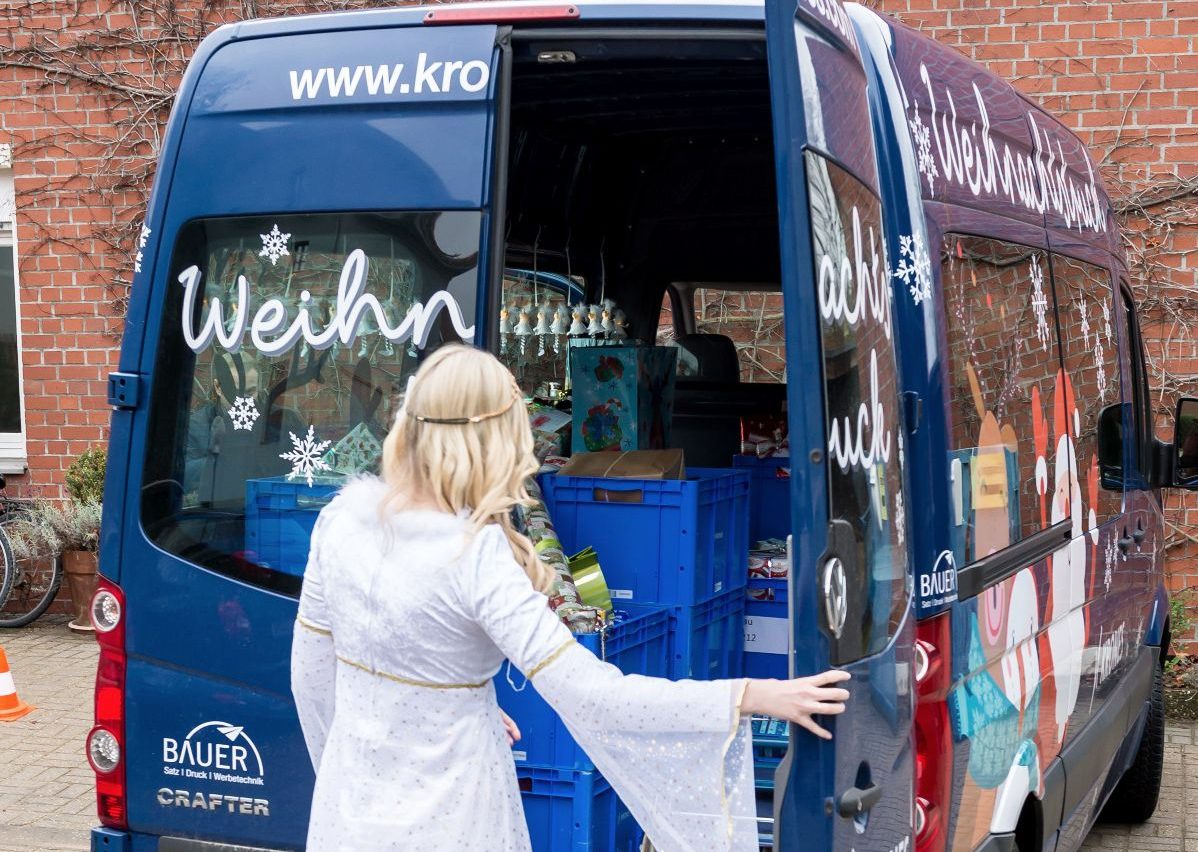 On a heavenly mission: 400 things to be done before Christmas